A Twitch streamer narrowly avoided an elaborate pickpocket scheme when walking through the streets of Berlin, and the clips of the broadcast show how it was all set up.

Unaware of the attempt

IRL Twitch streamers routinely explore their nearest metropolitan area for adventures that have an added element of intrigue since they never know what will happen throughout their day.

During an April 15 broadcast, streamer ‘Geksagen’ was near an intersection waiting to get the sign to walk across safely when fellow streamer ‘KitsyaKitsya’’s backpack can be seen mysteriously opened.

It took the streamers a bit to realize the opened backpack, and although it looks like nothing was stolen the VOD for the stream show the chilling moments leading up to the attempted robbery caught on film.

A closer look into what was really happening

Looking back at the clips, an eagle-eyed Redditor called ‘BoooR‘ was able to pinpoint three potential accomplices in the scheme while the streamers were waiting for their crosslight.

“Pickpockets usually work in groups of 2-4,” BoooR said. “You can easily spot 3 of them working together [in the VOD].”

BoooR even went back into the VOD to highlight the people who he’s convinced were a part of the plan. The group he thinks were planning the theft consisted of two men and a woman with a large purse, which he surmised was going to be used to stash the stolen goods.

A clip leading up to the streamers waiting for the light shows normal bystanders naturally walking through the busy streets. After a quick exchange, the people that BoooR highlights just eerily stalk while standing still. 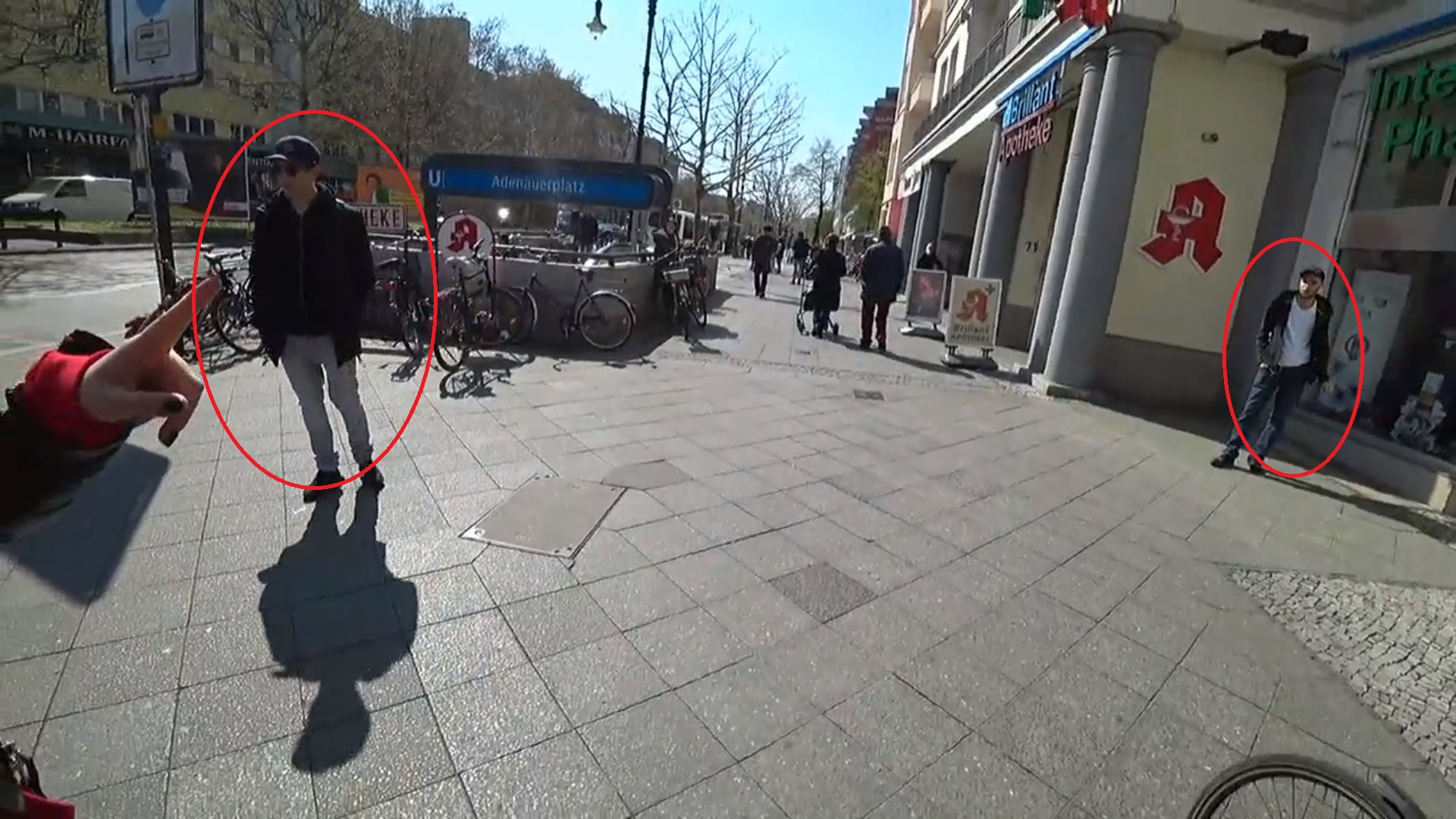 Two of the proposed thieves before the plan had been executed.

The Redditor explained the typical gameplan of the theft and even suggested how the getaway would see that everyone involved in the scheme would cleanly get out.

“Here you see the guy who will try to rob her again and the woman who is his accomplice…” BoooR said. “…While trying to steal your stuff they will usually have an accomplice side by side… Another common technique you see this guy using is having a coat/jacket over his arm while he unzips the bag.” 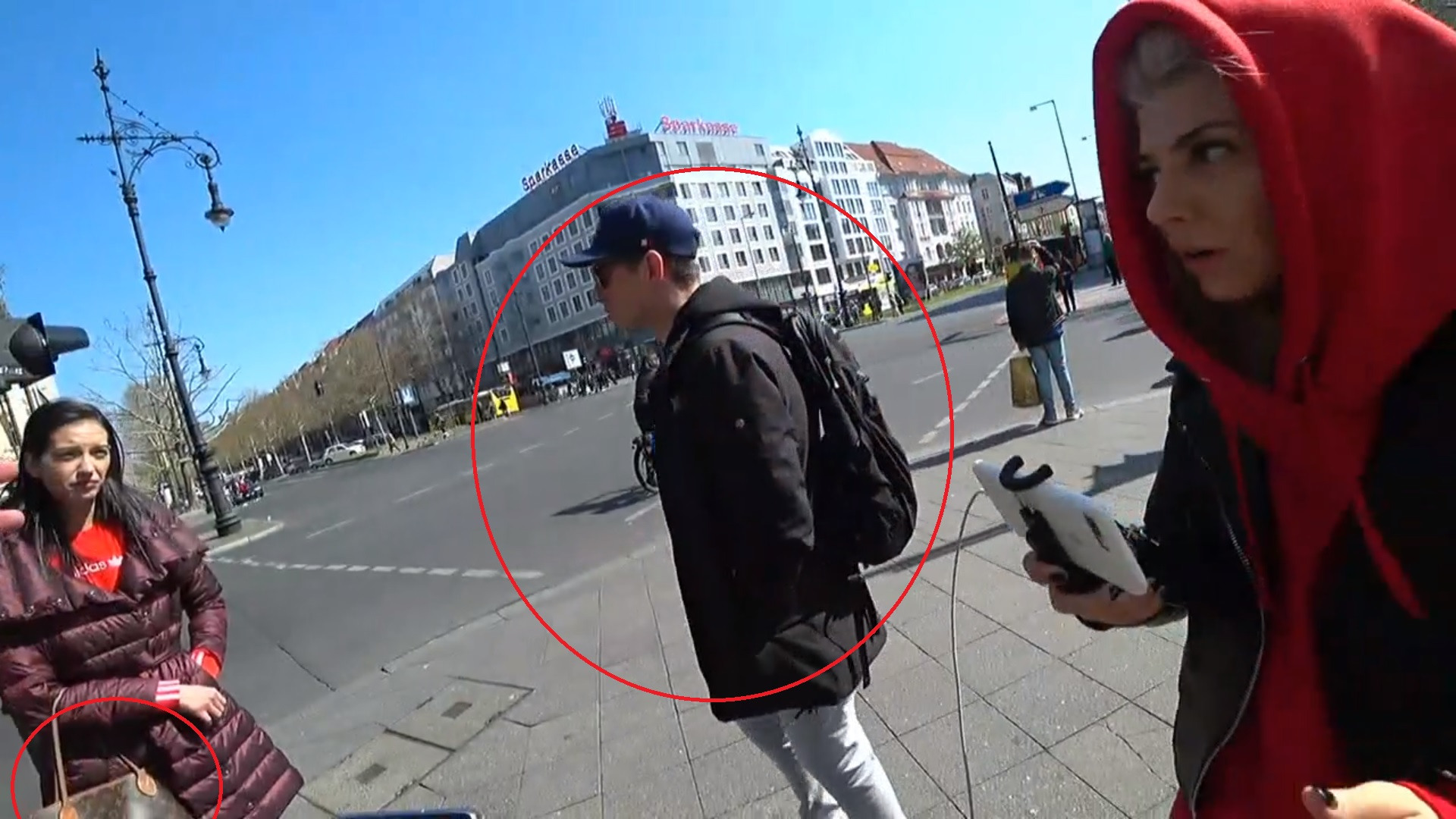 Another look closer that highlights the two “strangers” talking, and the purse that will later find its way in the frame of the video.

IRL streamers are usually too busy entertaining their audiences while going about their broadcasts to notice intricate attacks like these. But being aware of some more common thieving techniques can help prevent these kind of incidents.