Trash talking while live-streaming may not be the best thing to do for Twitch streamers, and as Dimitri ‘Greekgodx’ Antonatos has figured out the hard way, it can definitely backfire.

Playing Intrude live on March 5, the popular British streamer went on a passionate rant about certain streamers who focus most of their content on reacting to things on the internet.

“These guys don’t say anything funny, the just go ‘zooLUL’ and that is it, and they stream snipe,” he said. “If they were funny, but they’re not as funny as me mate, they’re boring stream snipers!”

It was at this point that a couple of stream snipers in his game responded to Greekgodx’s rant with their own set of insults aimed at the Brit.

“Greek all you do is watch videos, you’re not funny anymore either,” one stream sniper said. “Calm down.” 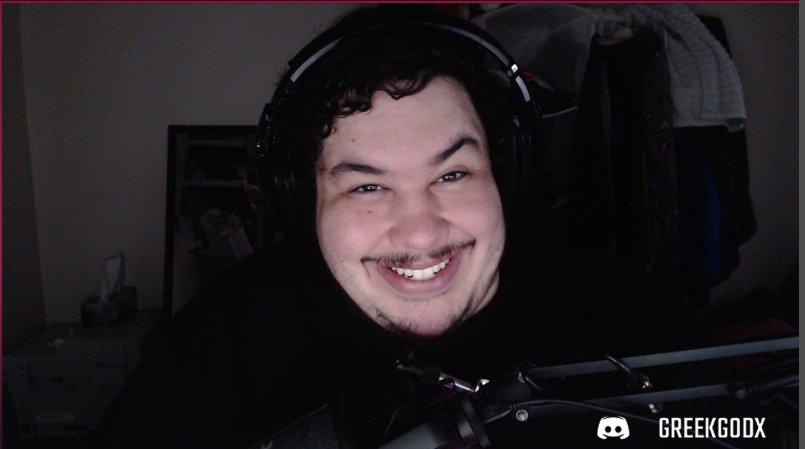 The streamer’s reaction was hilarious as he stopped his rant mid-sentence when he heard the retorts and just sat there with a stunned expression frozen on his face.

At this point, another player decided to pile on with his own roast: “Watch out guys, Greek is going use all of his 81 IQ!”

This comes after Greekgodx’s name has been in the headlines frequently over the past week, as he was recently involved in a controversial back-and-forth with fellow popular Twitch personality Alinity.

The British streamer jokingly theorized that, despite her numerous questionable actions while streaming, Alinity has managed to avoid being banned on Twitch thanks to some secret relationship with the CEO.

He also commented on her NSFW picture with one of his own, to which Alinity responded with a curt “You look great at this angle.”

Make sure to follow us on Twitter @Dexerto for the latest news on popular figures in the gaming entertainment sphere.