Dark Souls veteran ‘The Happy Hob’ has taken FromSoftware‘s grueling games to the next level, ticking off a near-impossible challenge in the notoriously difficult series by completing all three original games in a row without leveling up his character or taking a single hit.

The Dark Souls fanatic is no stranger to grinding FromSoftware’s series, and was nominated for ‘Fan Favorite Gaming Moment’ at the Gamers’ Choice Awards after completing Dark Souls 1, 2, and 3, as well as Bloodborne and Demon’s Souls, without taking a hit.

According to his self-imposed rules, no-hit runs instantly come to an end if he is hit by an enemy or trap at any point during any of the games, and he has to start from the beginning of every title again. Self-imposed fall damage doesn’t count towards these rules.

Now he’s taken the challenge to the next level, adding in the prerequisite that he couldn’t even take advantage of the experience he’d been earning in the title, and keep his characters weak and underpowered by locking them at base level.

The difficulty-increase through not leveling is a regularly-run challenge in the Dark Souls community, but Happy Hob’s choice to add in the no-hit objective took it to a near-impossible level, and very nearly came apart at the seams right near the end of the run. 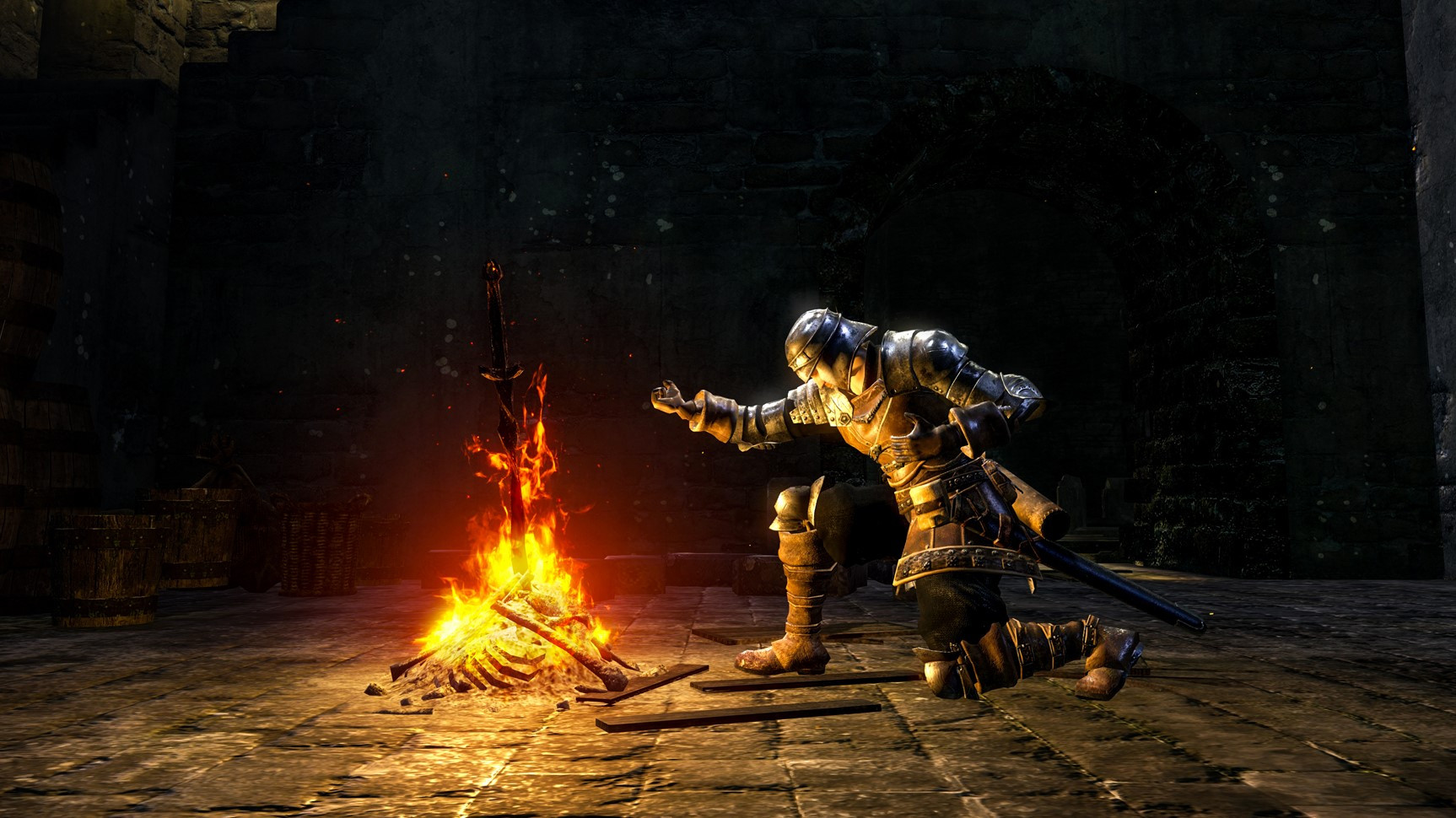 The Happy Hob has risen to streaming fame as a Dark Souls master.
[ad name=”article3″]

As the Twitch star dueled with Dark Souls 1’s final boss Gwyn, a stray swing from the Lord of Cinder nearly clocked Hob’s character, which would have forced him to reset all the way to the beginning of the three games again.

He was able to dodge Gwyn’s attempt to grab him, however, and delivered the final few blows needed to finish the game, as well as the three-title no-hit challenge — a moment Hob celebrate with a smile, before cheering with his chat.

The no-hit challenge finish wasn’t the first time The Happy Hob has broken down after completing parts of the series, after he first achieved a no-hit victory back in March.

After completing the complete ‘Soulsbourne’ series, the streamer collapsed onto the floor after defeating Gwyn at the end of the five-game slog, cheering and yelling after hitting the first major milestone of his career worth of grinding.

It seems like The Happy Hob just can’t take enough punishment from the Dark Souls series, however, as he soon announced to his fans that he would be attempting an all-boss, no-hit, level 1 run in Dark Souls 2 the next evening.

He also confirmed he would be branching out from FromSoftware titles soon, and revealed that he would be attempting a no-hit run on the upcoming Star Wars Jedi: Fallen Order, which is set to be released on November 15. 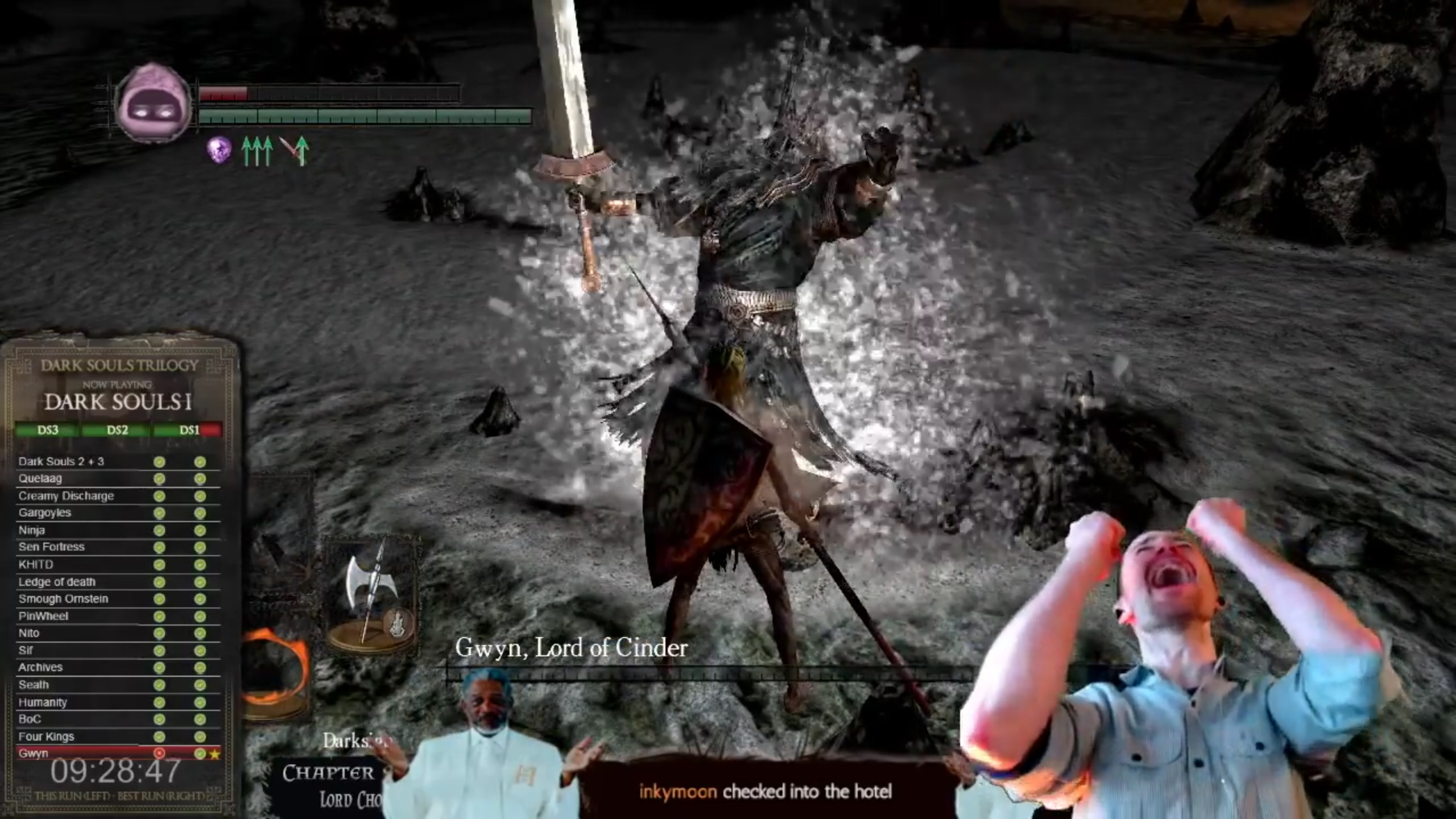 The Happy Hob doesn’t look like he’s slowing down his Dark Souls grinding any time soon.

Considering most players can’t even get through most adventure games without dying a few times and having to restart, The Happy Hob’s obsession with avoiding damage whatsoever is an impressive one, and it seems like he’s not slowing down any time soon.