Amazon-owned Twitch has responded to a lawsuit filed against the livestreaming platform, which requested $25 million in damages because of suggestive content on the site. In their response, Twitch has filed for a SLAPP motion.

In June, frequent plaintiff Erik Estavillo filed a lawsuit against Twitch, demanding damages due to claims that the platform had made him suffer through medical problems related to sex addiction, because of the content and algorithms on the site.

Specifically, Estavillo listed the names of female Twitch streamers he sought to be permanently banned from the platform, arguing that they violated the platform’s own community guidelines.

The lawsuit, which was, at points, extremely descriptive, received widespread coverage for its complaints, especially because of the high-figure that was requested in damages.

In a response, filed on August 18, Twitch’s lawyers have asked for the complaint to be struck under Anti- SLAPP laws. Anti-SLAPP laws are intended to protect businesses and individuals from essentially baseless legal proceedings. Typically, these are suits only intended to be costly or time-wasting for the defendant, rather than actually seeking victory for the plaintiff.

Twitch has requested that the court strike the plaintiff’s complaint “on the grounds that Plaintiff’s Complaint against Twitch is subject to a special motion to strike under California Code of Civil Procedure § 425.16.”

Code 425.16 refers to “a disturbing increase in lawsuits brought primarily to chill the valid exercise of the constitutional rights of freedom of speech and petition for the redress of grievances.” 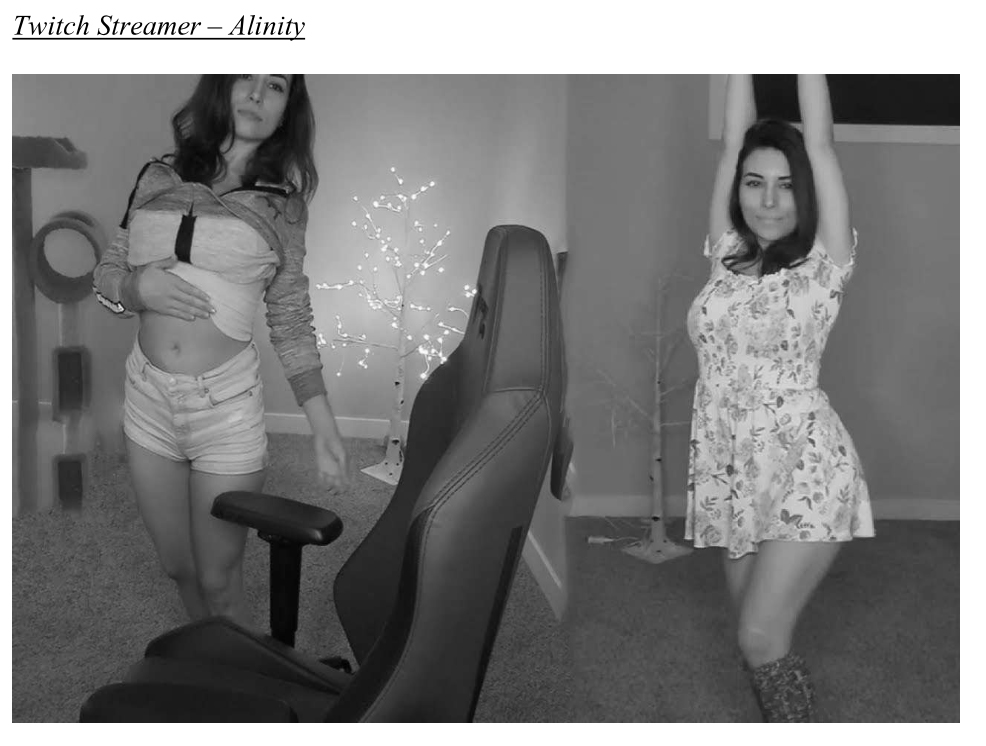 Alinity was just one of the streamers named in Estavillo’s complaint against Twitch.

“Fortunately, California’s SLAPP statute provides a mechanism for protecting against abusive lawsuits such as this one,” Twitch continues. “Because Plaintiff’s Complaint arises directly from content available in a public forum and acts in furtherance of speech about matters of public interest, the SLAPP statute shifts the burden to him to present admissible evidence substantiating his claims.”

Twitch states that Estavillo’s complaint does not meet this burden to “establish a probability that he will prevail on his claims,” for two reasons:

Twitch also notes that it is protected from such claims, as its Terms of Service state it “takes no responsibility and assumes no liability for any User Content or for any loss or damage resulting therefrom, nor is Twitch liable for any mistakes, defamation, slander, libel, omissions, falsehoods, obscenity, p****graphy, or profanity you may encounter when using the Twitch Services.”

They also highlight the plaintiff’s history of prior lawsuits against major tech companies, and use quotes from his book, The PSN Plaintiff, such as bragging he has made “a pretty decent online presence in the light of my lawsuits.”

If the plaintiff cannot meet the burden of evidence showing they can win the suit, then the case will be dismissed under Anti-SLAPP proceedings. Anti-SLAPP statutes often allow the defendant to collect attorney’s fees from the plaintiff.