Twitch partner Berta has faced heavy criticism after verbally attacking a fellow streamer during a live broadcast on the popular platform, labelling them a “fat virgin.”

One of the benefits of streaming on Twitch is the ability to team up with fellow creators on the platform to provide viewers incredible moments and help each other grow.

However, the relationships between streamers are not always friendly, as showcased on Twitter by @nessdies, a Twitch affiliate who uploaded a clip of Berta taking a number of shots at her during a stream. 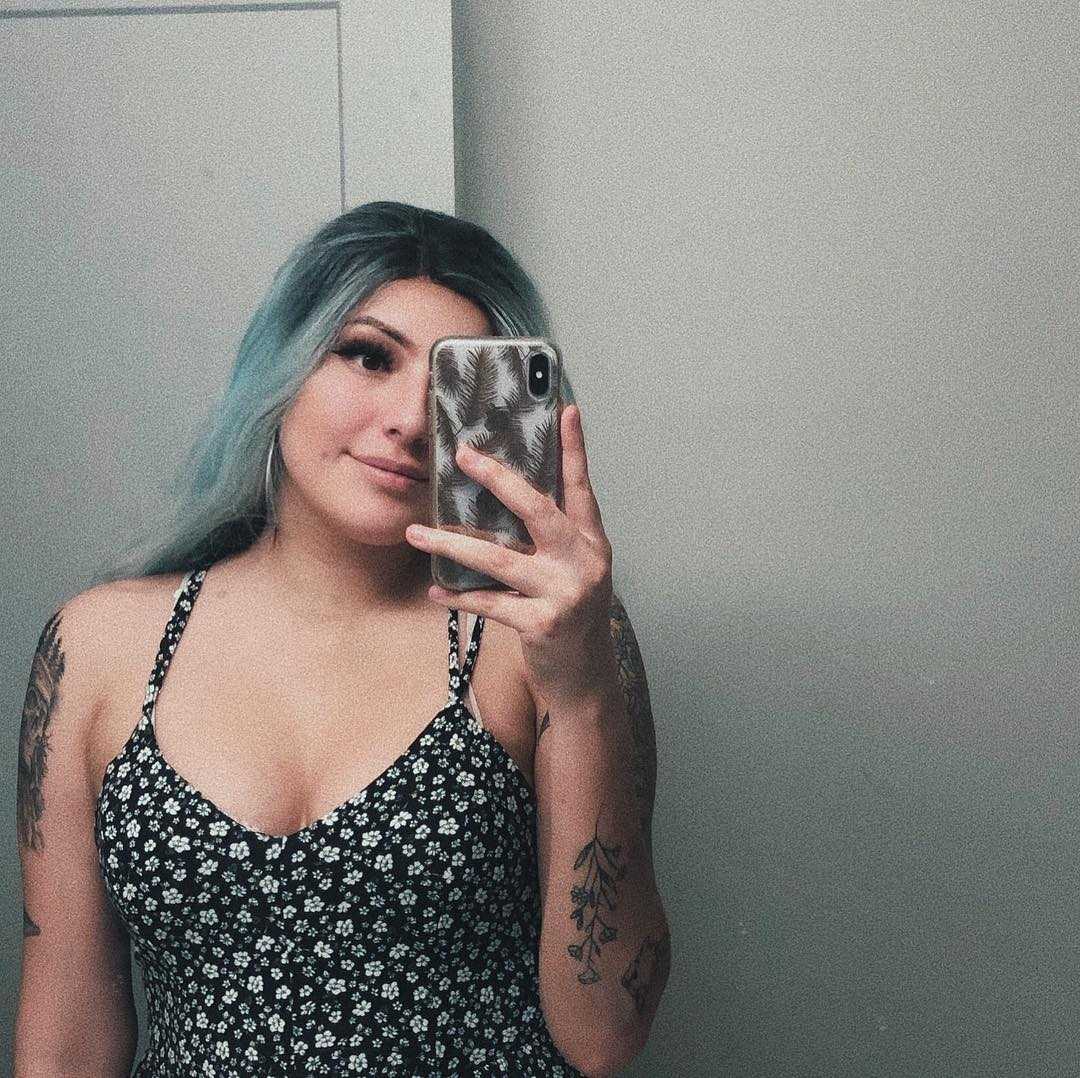 Berta has come under fire for her comments on her Twitch stream.
500[ad name=”article2″]

What did Berta say on her Twitch stream?

In the clip which has been uploaded on Twitter, Berta addresses fellow Twitch streamer nessmarie directly, pretending to be her while on streaming on her own channel.

When prompted to change the subject away from the comments she was making, Berta stated that she would be “fine”, because “I delete all my Twitch clips,” seemingly suggesting that this would allow her to escape punishment.

Ness stated that there was more of this behaviour in the stream, but as Berta removed all the clips and deleted the video from her on demand section, there was no way to recover any more of the broadcast.

I love when I'm the topic of a @Twitch PARTNER'S stream. pls do better Twitch. (there was way more but she deleted all vods and clips) pic.twitter.com/tuL3XBZbyV

In the responses to the tweet, TBESteezy, who claimed to be watching the broadcast when this took place, stated that the verbal assault went on for “like 20 minutes,” and said he was banned when he called her behaviour “toxic.”

She literally went over for like 20 minutes for NO reason!! And being trashed is not an excuse. Then i got banned for saying she was being toxic

Ness says that she posted the clip as she is “really sick of getting harassed” by the Twitch partner, and has revealed that while tagging Twitch’s support team on Twitter will not get her banned, people can go to Berta’s Twitch page and report her there.

So someone at @Twitch has replied and said that unfortunately bringing attention to the streamer and tagging @TwitchSupport will not get the user banned. You have to report them on their Twitch page. https://t.co/kryV319Y5s

A number of people have voiced their support for ness on Twitter, labelling Berta as “vile”, with many stating that they can’t believe she is partnered with Twitch, and calling on the site action against her for her behaviour.

Good on you for putting her in the spotlight! This kind of behavior shouldn't be tolerated anywhere, let alone @Twitch.

She’s truly odd and just beyond disrespectful. Should be banned and don’t listen to her harsh words, just keep doing you and ignore that bs. Hopefully justice gets served.

lmao these are the people who get partnered on @Twitch .. that's actually sad. She even knew what she was doing since she said she can just delete the clips LMAO

Berta has since responded to the backlash she’s facing for her comments, suggesting that she will delete her Twitch channel herself, tweeting: “Honestly think I’ll just delete my Twitch so the people who hate me will feel some happiness in their lives. If that’s really their only goal in life, then shit, it’s easy for me to delete.” 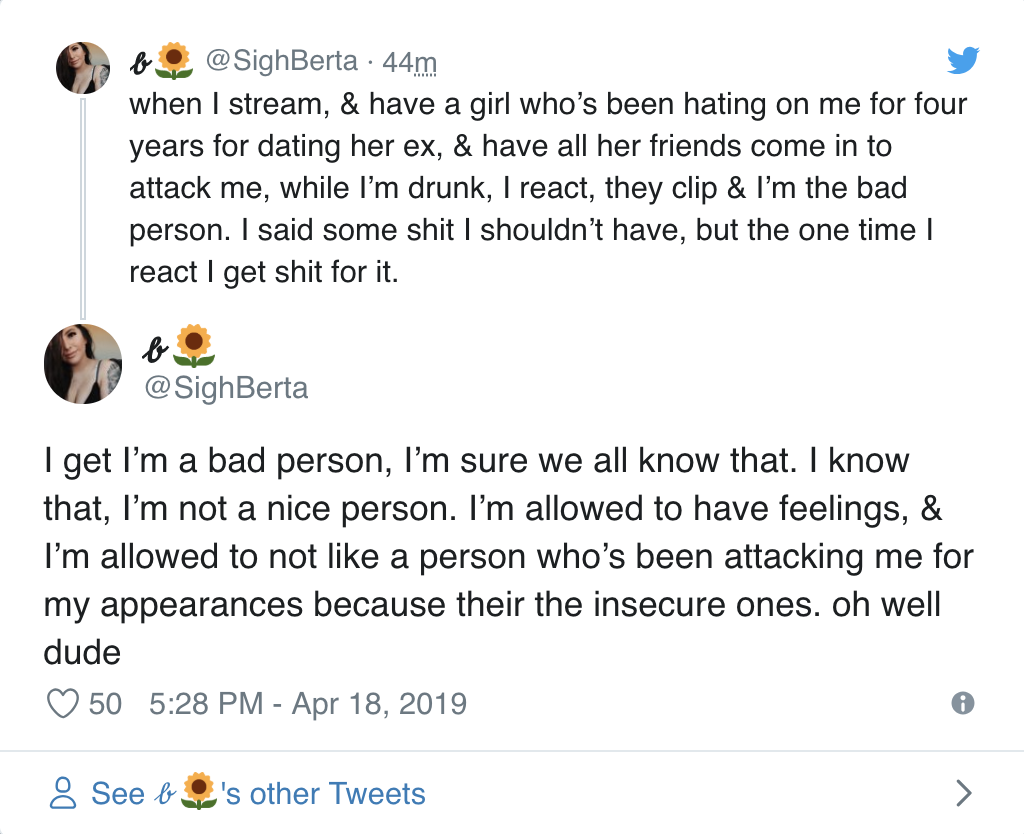 Will Berta be punished by Twitch?

While Berta has yet to be punished by Twitch, it’s possible she will be, as her behavior breaks Twitch’s Community Guidelines, which are part of their Terms of Service.

In the Twitch TOS, the company specifically states that: “Harassment is any content or activity that attempts to intimate, degrade, abuse or bully others, or creates a hostile environment for others.” The company can be especially severe on streamers caught badmouthing fellow creators on the platform, and have been known to ban channels for comments made by their proprietors on different social media sites such as Twitter.

What punishment, if any, Twitch will hand down for Berta’s comments is still unknown, but the company have been known to suspend channels for this kind of behaviour, so it wouldn’t come as a surprise if they went the same route with Berta.

We’ll be sure to update this article with any new information that becomes available.