A house full of Twitch streamers are being evicted from their gated-community home and escalating words are being exchanged between roommates as it’ll soon be time to vacate the premises.

Twitch streamers like ‘Asmongold,’ Kbubblez,’ Mitch Jones, ‘Pink_Sparkles’ and more have been at odds with the evolving drama after an anonymous viewer sent in an incriminating email about what has happening in the house.

While the resident streamers denied the contents within the email, it still put a target on their backs in the eyes of their Home Owner Association (HOA) and the neighbors in the community. 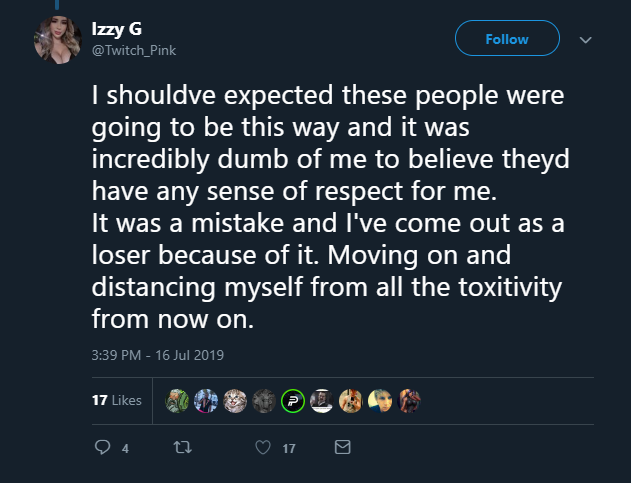 Tensions in the house have led to bitter sentiments from Pink.

“We’re not the best fit for the neighborhood”

During a July 16 stream KBubblez gave her take on the situation saying that the streamers probably weren’t “the best fit” for their community, and how people inside the house were starting to operate on different “wavelengths” as of late.

“Since day one, our HOA hated us. Our neighbors hate us,” Kbubblez said of the property filled with “a bunch of people in their 20s.”

Furthermore, the streamer revealed that her crew of Twitch personalities have already found a new place to hunker down. While Pink_Sparkles’ leaked texts strongly indicated that an eviction was on the way, but Kbubblez said they were avoiding all of the neighborhood’s drama by simply moving out. 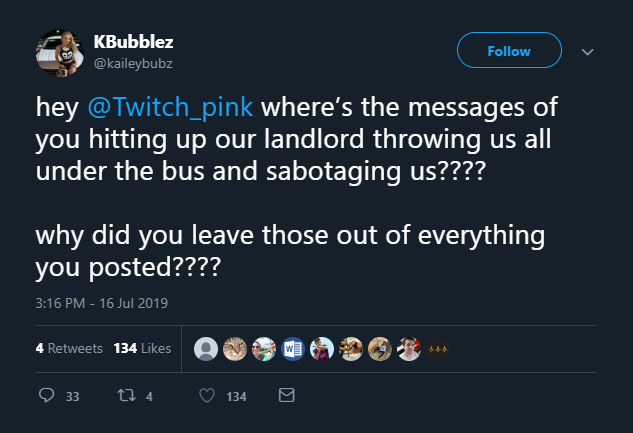 Asmongold fires back at her Kbubblez stream

Kbubblez had called out Pink for apparently leaving out information of how she threw the streamers “under the bus” while “sabotaging” the rest of the house.

While Kbubblez’s stream did a lot to clear up the ongoing situation they find themselves in, boyfriend of Pink_Sparkles and popular World of Warcraft player ‘Asmongold’ took issue with some of the things she was saying on camera. 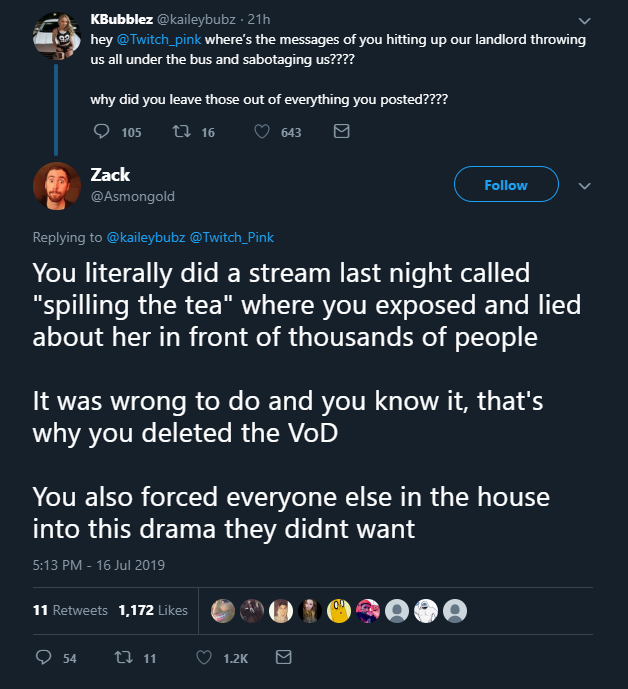 “You literally did a stream last night called “spilling the tea” where you exposed and lied about her in front of thousands of people,” Asmongold said. “… You also forced everyone else in the house into this drama they didn’t want.”

But Kbubblez quickly defended herself saying she was being “targeted” by Pink, who has been ignoring the drama, leading her to divulge information on stream.

Asmongold questioned her character saying: “So she refused to speak to you so you thought a good response would be to go live and try to ‘expose’ her so that you’d get her attention? What kind of a person thinks this is even a remotely acceptable response?” 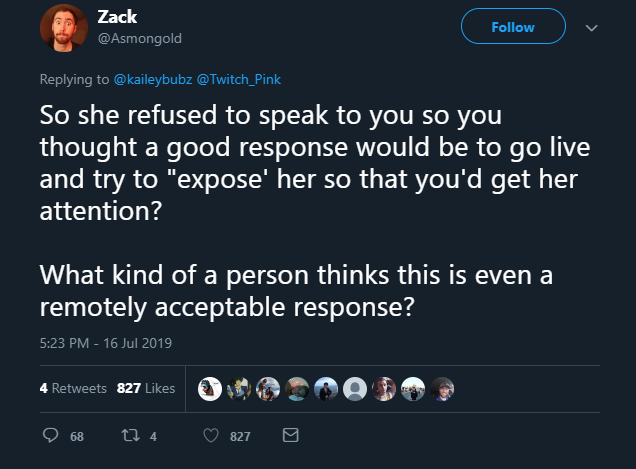 Asmongold wasn’t having any of the apparent slander on Pink’s name.
[ad name=”article5″]

Mitch Jones calls out “the bullshit that’s going on”

In a straightforward explanation, streamer Mitch Jones had a similar story that corresponded with some of what Kbubblez and Pink had to say, but he has a better idea of who might have “sold them out to the HOA.”

While fan speculation started believing that is was Pink who sold them out, Jones was quick to debunk that: “There is some bullshit going one. Somebody actually sold us out to the HOA and it wasn’t Pink.”

He believes that it was someone who “hates” roommate and streamer Tiffany ‘TiffPunzelx,’ and while he didn’t call them out by name, he seemed adamant in his conviction about the person who sold them out.

The house eviction saga looks to be coming to an end for their current location, but it could be a matter of time before tempers flare again and questions regarding the damning email along with leaks arise once more.