It appears that Twitch streamer Luke ‘MrDeadMoth’ Munday’s brief return to Twitch is over, as it seems his account has now been permanently banned from the site.

Munday was broadcasting Fortnite on his Twitch channel on December 9, 2018 when his wife entered the room and the couple began to argue.

As the heated exhcnage continued, Munday stepped away from his camera and his wife could be heard screaming on his stream.

The 26-year-old was arrested after the incident and charged with common assault, appearing in court on December 13.

Even though legal proceedings are ongoing, MrDeadMoth returned to streaming on December 30, once again playing Fortnite for viewers. Members of his chat who made any reference to the incident that took place on December 9 were immediately timed out from chatting, or in some instances banned from the channel completely.

The streamer’s return to the site was met with criticism from users on Twitter, who questioned why his channel hadn’t been permanently banned from the site.

It seems that Twitch has responded to the backlash, as Munday’s channel is no longer available on the site. Users are now greeted by an error when trying to access his stream.

A Twitch Spokesperson told Dexerto: “Protecting the integrity of our community is incredibly important to us. We want everyone on Twitch to have a safe and positive experience and work constantly toward that goal. Part of that work includes examining our policies and practices when we find they don’t properly address specific incidents to ensure we’re adapting as the Twitch community grows.” 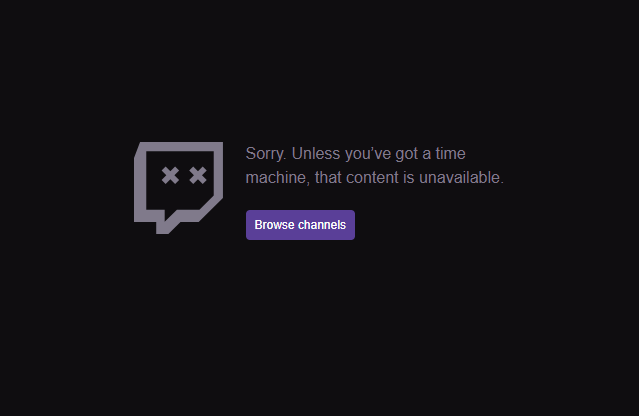 Twitch users are greeted by an error code when they attempt to MrDeadMoth’s account.
[ad name=”article3″]

Munday’s case has been adjourned until January 10 to allow him to receive adequate legal advice, but has been given permission to miss his next court date.

Reports suggest that Australian police have also applied for an apprehended violence order, which is made “against a person who makes you fear for your safety, to protect you from further violence, intimidation or harassment.”