Symfuhny may be regarded as one of the best Fortnite players on the planet, known for his ridiculously quick editing plays and fantastic aim, but his attempts to find a girlfriend have so far been unsuccessful.

Fortunately, the NRG professional was given a helping hand in the pursuit of love from fellow pro Turner ‘Tfue’ Tenney and his girlfriend Corinna Kopf – who managed to secure Symfuhny the chance to impress fellow streamer, BrookeAB. 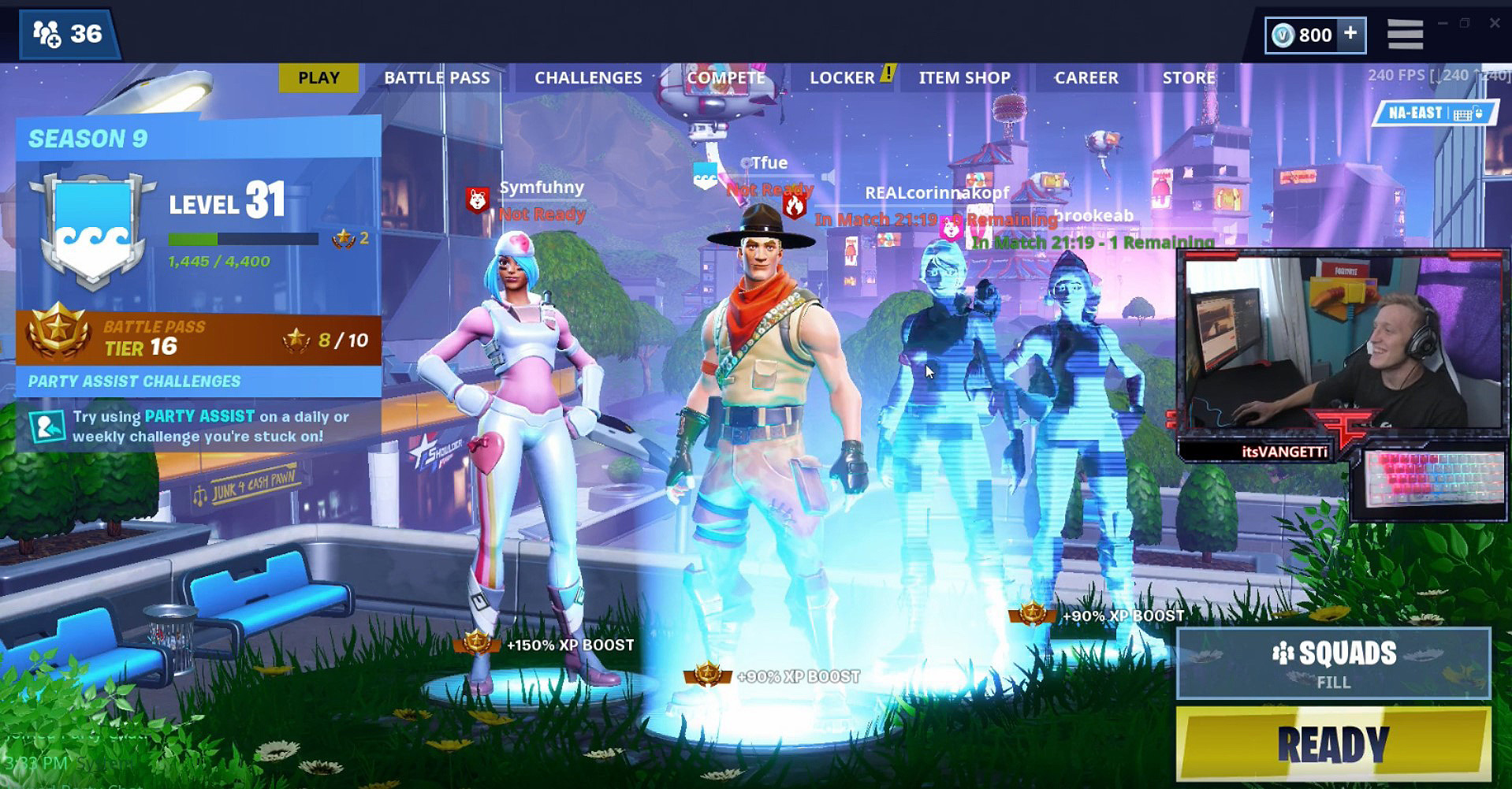 After watching his teammate be eliminated, Symfuhny attempted to clutch up the game and take home the victory for his new potential companion.

However, Myth wasn’t impressed with his flirting skills and jokingly accused him of using a “paid actor” to create “fake content”.

“Wait what? This is so fake. Paid actors. It’s actually so fake,” Myth joked, “Symfuhny, I’m so disgusted with you creating fake content because you’re bored of Fortnite.”

The TSM member continued to evaluate Symfuhny’s attempt at finding a partner but was dismayed after hearing that Brooke had found out that he only showers his hair.

“Symfuhny, watch this clip, do not talk about you showering!” he exclaimed. “You are a fucked-up individual when it comes to hygiene.

“Do not bring up ‘Smellfuhny’!”

It remains to be seen whether Symfuhny and Brooke will end up dating after Corinna Kopf proposed a double date with her and Tfue.

Nevertheless, Brooke has benefitted massively from her time in the spotlight, managing to hit 1,000 subscribers on Twitch for the first time in her streaming career.