TSM Daequan ambushes Hamlinz for roasting him on stream

TSM’s Darryle ‘Hamlinz’ Hamlin and Daequan ‘Daequan’ Loco had a hilarious back and forth over the latter’s hairline, which resulted in the pair “fighting” on stream.

Hamlinz and Daequan were among the earliest Fortnite Battle Royale players to be signed to a professional team for after signing with TeamSoloMid back on February 3 2018 alongside Myth and CaMiLLs to make up their original roster.

The TSM pro players quick made a name for themselves as fan favorites among the community due to their highly entertaining streams on Twitch, amassing a huge following on the platform. 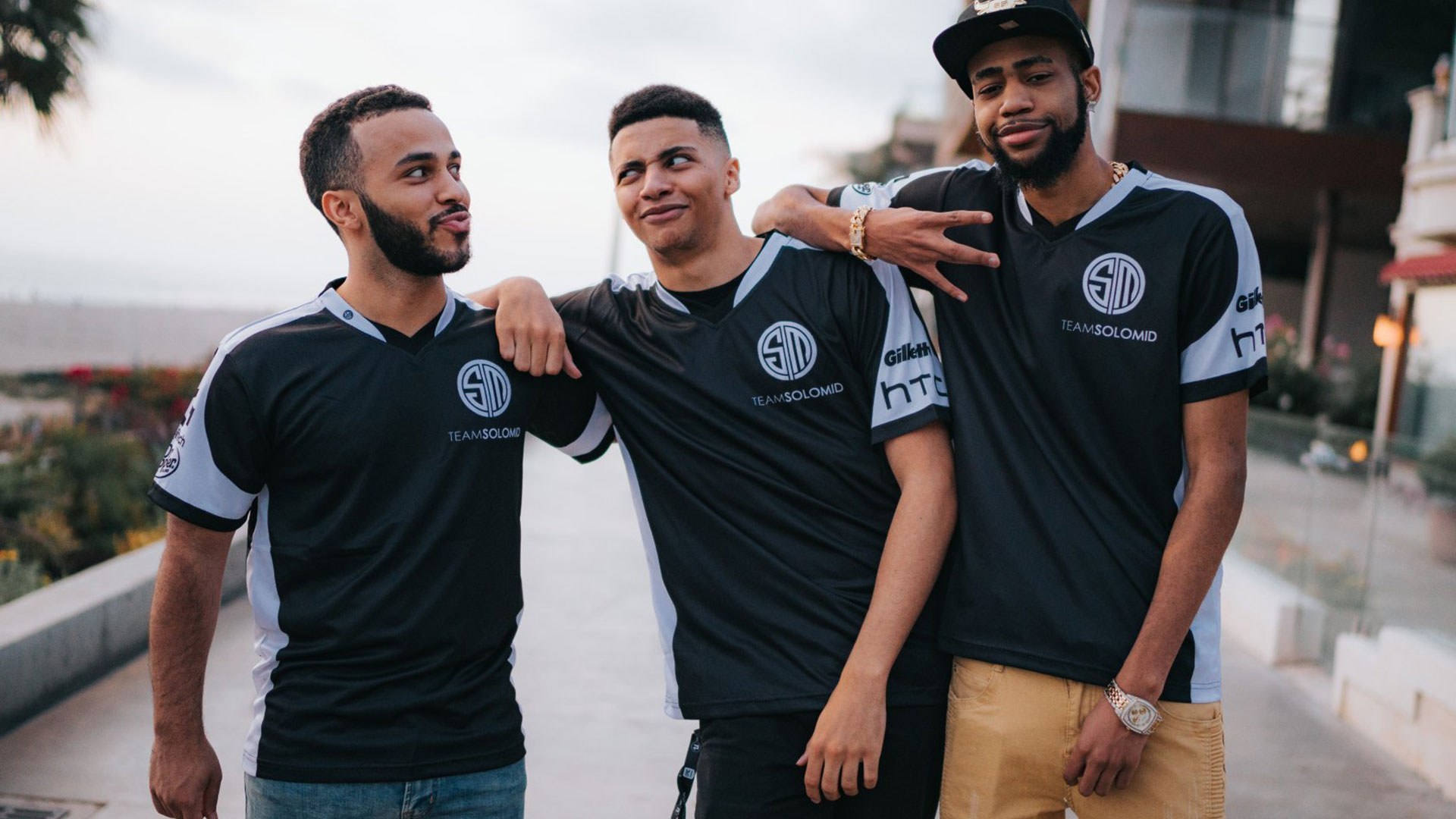 In one of TSM Hamlinz’ recent Twitch streams, he began roasting his teammate Daequan’s hairline after seeing it in a TSM YouTube video, saying “Look how high this hat is and you still got no hair showing.”

Hamlinz was in a fit of laughter when Daequan walked into his room to confront him, obviously aware that he was being roasted on stream, the pair then went back and forth with Hamlinz denying he said anything before Daequan said, “Get that shit off your screen.”

Despite apologizing to Daequan, Hamlinz still found himself being tackled to the ground and started screaming out for out for his mom while Daequan was hitting him, saying “Momma I love you!”

Daequan then jokingly pretended to be Hamlinz’ dad telling him to clean his room before leaving, “Don’t you ever do that shit again… clean your goddamn room.”

This was not the first time that Hamlinz and Daequan have gone back and forth, as Daequan’s hairline seems to be a continuous target for teammate Hamlinz.

After everything had calmed down, Hamlinz summed up the experience by simply saying “Daddy got mad” and telling viewers to forget they saw anything.

The pair are currently staying in the TSM content house in Los Angeles, California, while the rest of the roster has moved out to Dallas, Texas to compete in the World Cup qualifiers.

It is no surprise that this TSM duo has seen so much success so far in their careers, streaming their comical interactions with each other on Twitch.