Popular YouTuber Trisha Paytas has been forced to defend herself against a tirade of criticism after posting a video where she claimed to identify more as a gay man, rather than her natural-born gender.

Many viewers have accused the internet personality of exploiting the LGBTQ+ community in an effort to get more eyes on her content, with a controversial video – titled “I AM TRANSGENDER” – being uploaded to her channel on October 7 and already amassing 650,000 views.

During the course of the video, Paytas opens up about her feelings towards her natural gender and how it felt growing up as a young girl, claiming that she was targeted by other children after growing facial hair and eventually given a “man” nickname. 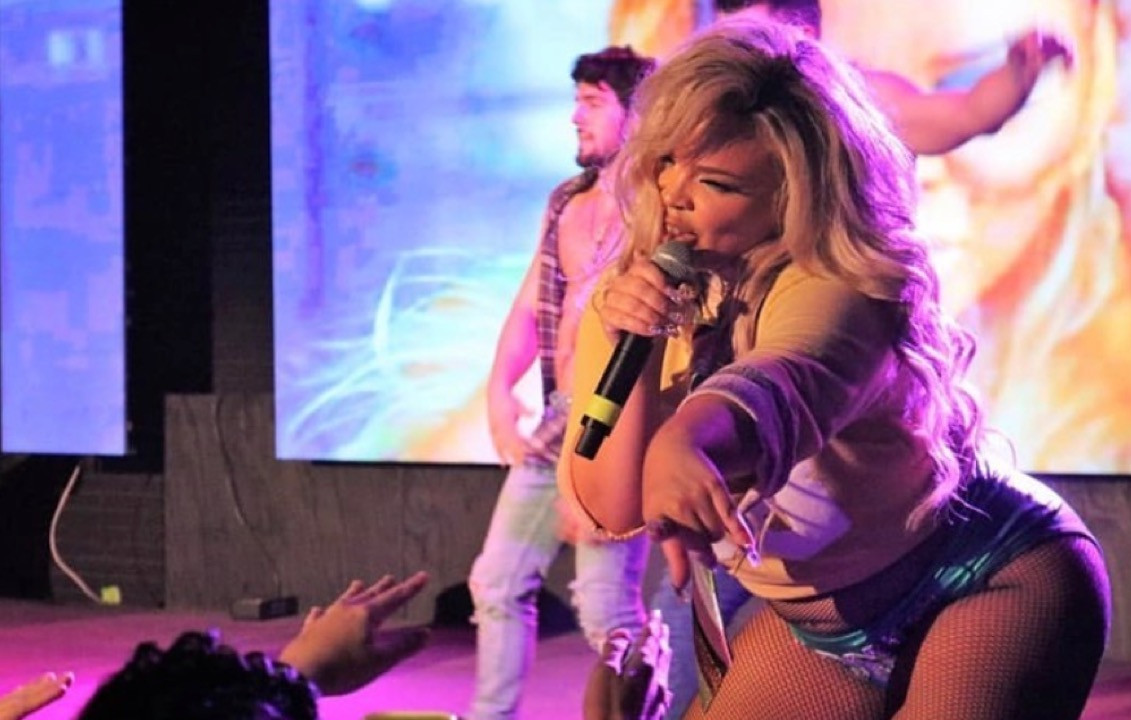 Trisha Paytas is a popular YouTuber, model and singer with a huge following on social media.
[ad name=”article2″]

However, it was her comments about identifying as a gay man that has caught the attention of some viewers, with Paytas being accused of sensationalizing a marginalized community.

“Here’s the thing. I identify with men better. People always think there’s something wrong with me because I don’t have that many girl friends,” she said during the upload. “I do love girls and I love their sensitivity and stuff like that, but that’s why I identify more as a gay man – because I like guys, but also identify as a guy.”

Drag queen persona Vicky Vox was one of the many critics who spoke out against Paytas’ video on Twitter.

The actor, real name Lance Hara, called for the tweet to be reported by as many people as possible, arguing that the YouTuber was trying to ‘bait’ clicks, instead of sharing a genuine story.

“Report this tweet. Using gender identity as click bait is a privileged act of violence. I’m not gonna stand for it,” Vox tweeted. “The headline and photo used cannot be serious. Trans people are murdered for quietly trying to live their life.”

Report this tweet. Using gender identity as click bait is a privileged act of violence. I’m not gonna stand for it. I don’t care what it’s actually about. The headline and photo used cannot be serious. Trans people are murdered for quietly trying to live their life. Big NOPE:rage: https://t.co/b7PB99vc5H

You don’t know me, my journey , my struggle, my transition. I’ve been with a gender identity therapy specialist for the past 6 months cause I hated who I was since I was 3. Think before you tweet , THIS is more harmful than me sharing my story.

Trisha followed up on the remarks, stating that she has been meeting regularly with a gender identity therapy specialist for around six months before making details of her journey public.

Another user, TATIANNA, stated: “You are a fucking clown. Learn from this and go away for like a long ass time. F***ing messy and attention addicted.”

Paytas also claimed in the video that she would consider being an advocate for the transgender community in the future and, despite trolling fans in the past with videos very similar, she maintains that this isn’t the same.

“I know I’ve trolled and stuff in the past, so I don’t want people thinking this is a trolling video. I know I’ve come out as gay before, I’ve come out as bisexual before,” she added, before stating that she takes issue with labels such as male, female, straight, gay, and others.