Top 10 Twitch streamers who made it without a facecam

Everyone knows you need a facecam to be successful on Twitch – or do you? We’ve taken a look at some of the most popular channels on the platform like LIRIK and Dakotaz, who rarely, or never, show their face on stream, and how they’ve made it big anyway.

It’s true that the majority of the biggest names on Twitch use a camera to show their face while they play, reacting to the game and to chat, many viewers find it much more entertaining when they can see the person, as well as the gameplay.

But, it isn’t absolutely necessary, as the following streamers prove. These ten streamers are some of the best known on Twitch, and some of them are completely mysterious. 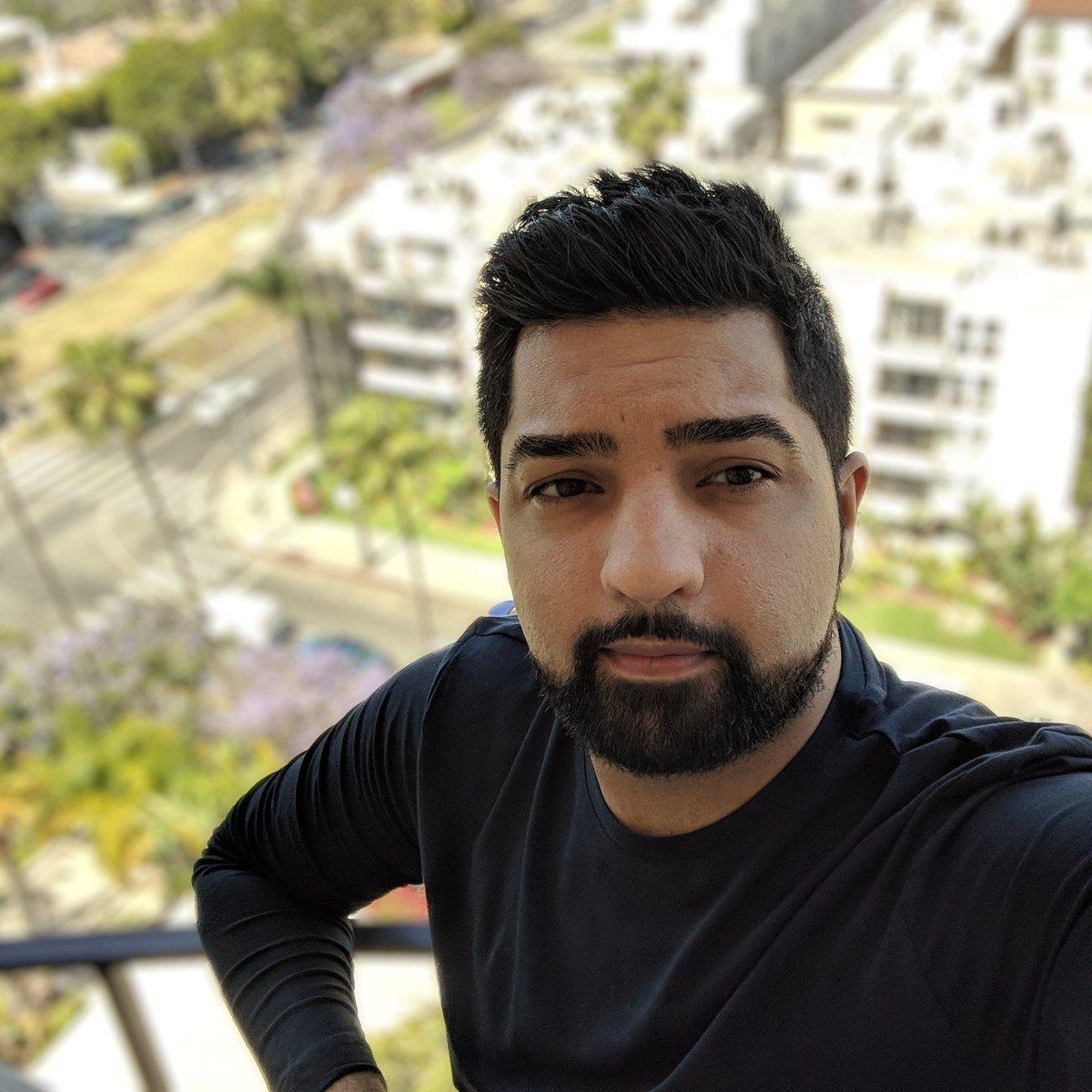 LIRIK has revealed his face in the past, but chooses to stream without a webcam.
500

Perhaps the streamer best known for not using a webcam and still being incredibly popular, Saqib Zahid, better known as ‘LIRIK‘, is currently the 18th most followed channel, with 2.3 million in total. He’s also pretty unique in that he isn’t associated with any one game or even genre of games, and so viewers truly watch LIRIK for LIRIK, facecam or not.

For a time, LIRIK was the biggest channel on the website for a solo streamer in terms of average viewership, and still pulls in over 20,000 concurrent viewers regularly, despite not showing his face on stream. There are a few photos of him around, but many of his fans might not even recognize him if they walked past him in the street. 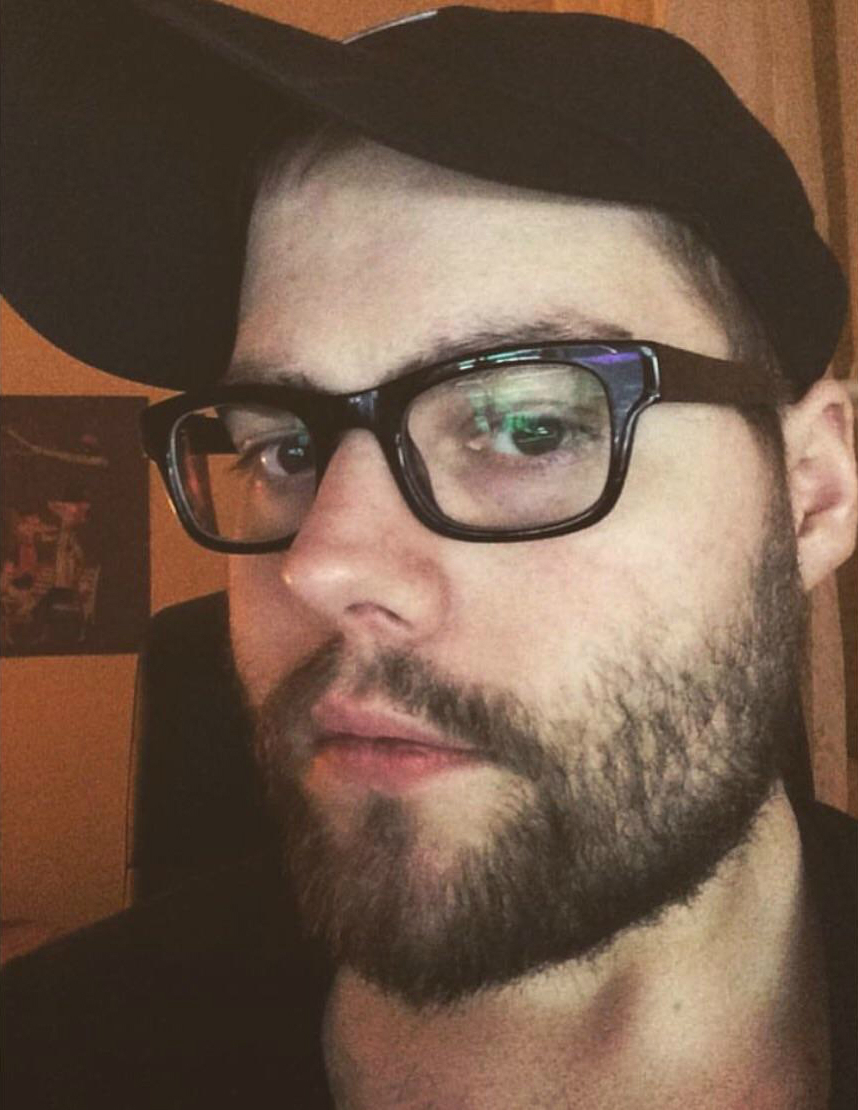 Dakotaz has gained over 3 million followers, never using a facecam.
500

Dakotaz is the most followed Twitch streamer not to use a facecam, with 3.4 million, but like LIRIK, his appearance is not a total mystery.

Primarily known now for his Fortnite streams, it’s his skillful gameplay and entertaining commentary that keeps tens of thousands of viewers hooked, even without seeing his reactions on camera. 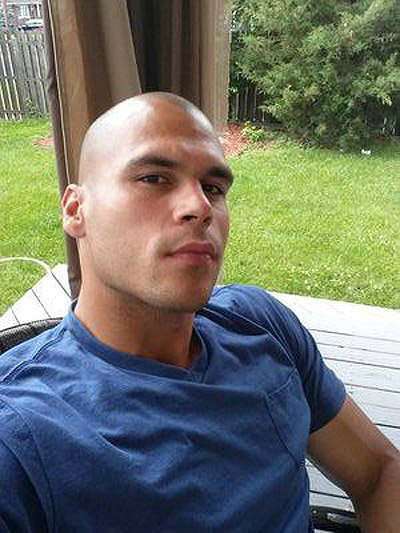 This is one of the few photos around of HighDistortion.
500

Like LIRIK and Dakotaz, his physical appearance is not a complete mystery, as there are a few photos around of him, but he keeps it low key on his streams – and has amassed 1.4 million followers in the process. 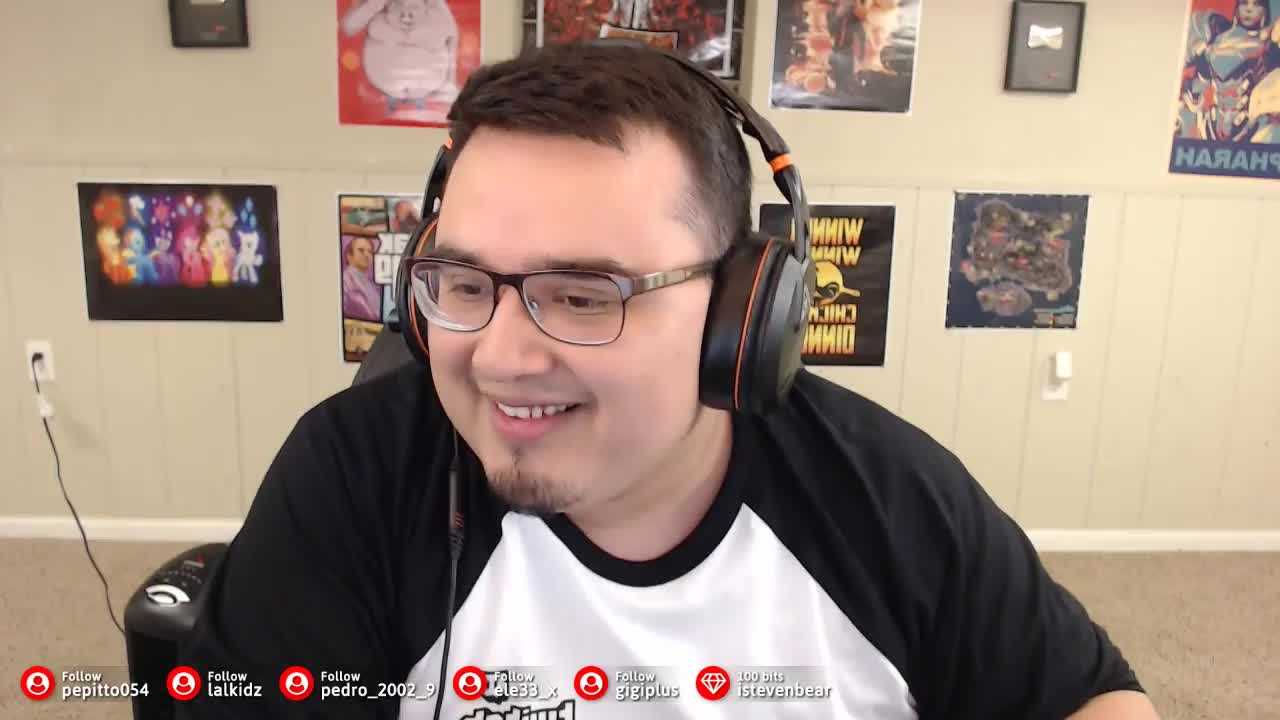 Elded has used a facecam before, but it’s very rare, and the majority of his streams are strictly gameplay.

English speaking Twitch viewers may not be so familiar with Elded, who is one of the biggest Spanish streamers on the platform, with 1.2 million followers.

Like the others so far, Elded has shown his face before, and has even shown it on stream, but the vast majority of his broadcasts are done with no facecam at all. 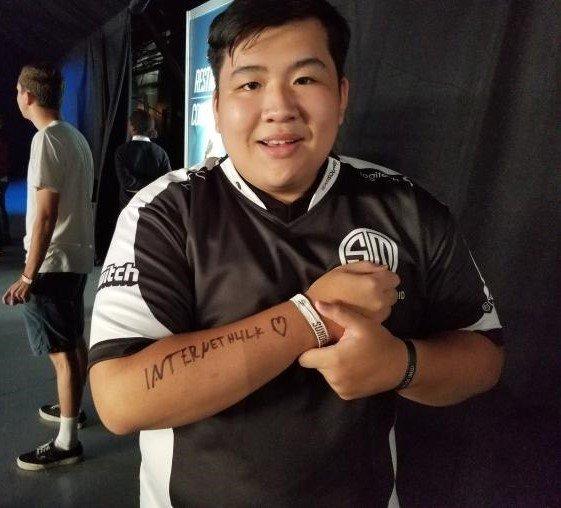 Aimbotcalvin his known for his incredible accuracy – hence his name.
500

With almost 700,000 followers, Overwatch streamer Aimbotcalvin has never used a facecam, with his ‘aim bot’ like accuracy proving more than enough to pull in the viewers.

He’s so good, that he was even offered a spot on an Overwatch League team, but turned the opportunity down, in favor of streaming full time instead. 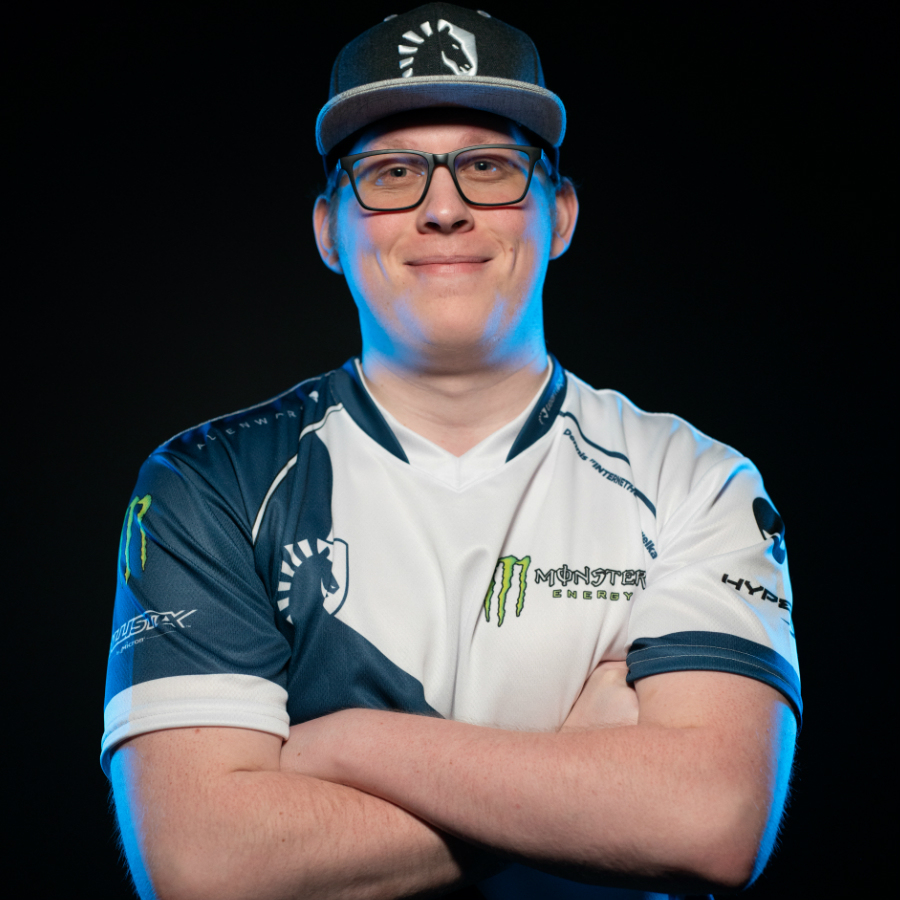 Chap is a professional Fortnite player for Team Liquid.
500

Like Dakotaz and HighDistortion, Ryan ‘Chap‘ Chaplo is known for high level Fortnite gameplay, without the extra trimmings of a facecam.

He’s signed to Team Liquid as a pro player and streamer, and so he’s no mystery, having competed at multiple Fortnite tournaments, but he still chooses to keep his streams strictly focused on the gameplay.

Professional Apex Legends player Dizzy is truly a mystery. Before Apex launched on February 4, Dizzy wasn’t a big name on Twitch, but had been recognized as a skilled battle royale player.

When Apex Legends launched, Dizzy quickly set the record for most kills in a single match (his record was later beaten) and went on to win tournaments with Ninja and KingRichard. Many now consider him the best Apex player in the world, and this has shot his channel up to over 400,000 followers, almost all of which in the month of February – and still no one knows what he looks like.

Signed to NRG Esports, the team’s owner said they have plans for the ‘big reveal’ soon. 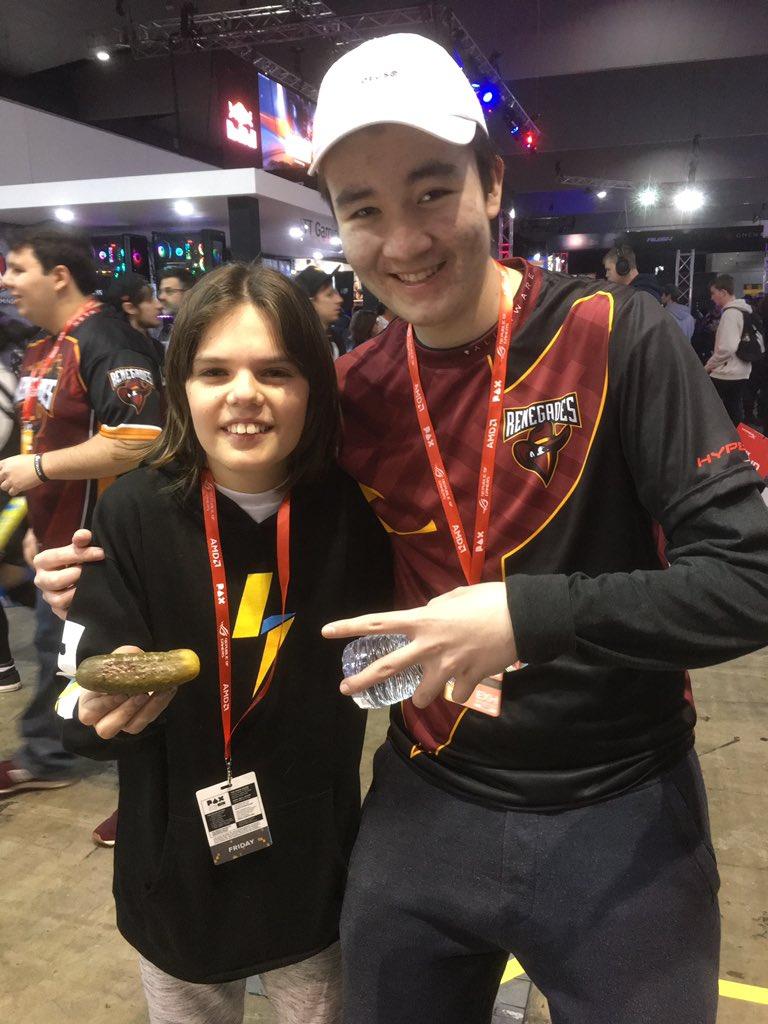 Like Chap, MrFreshAsian, real name Harley Campbell, is a professional Fortnite player, and so has been spotted at events and taken photos with fans.

But he too avoids using a camera during his broadcasts, with his skill and commentary alone earning him over 400,000 followers. 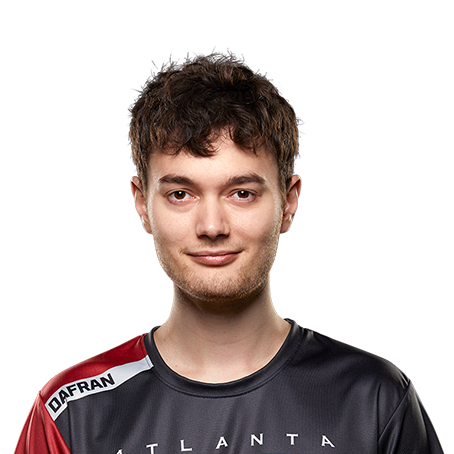 Another big name in Overwatch, Daniel ‘dafran‘ Francesca was almost a complete mystery for much of his streaming career, until he joined Overwatch League team Atlanta Reign.

He continues to stream without a facecam though, and his viewers certainly don’t seem to mind. He’s witty and very skilled at his game of choice, which is all you really need it seems.

Last but not least, Wadu, or ‘Wadu Hek’, is one of the most mysterious streamers to make it big on the platform.

Fast approaching 300,000 followers, not only is his face a mystery, but so is his real name. His popularity can in part be accredited to his time playing with Michael ‘shroud‘ Grzesiek, the 2nd most followed streamer on all of Twitch, only behind Ninja.

Wadu even titles many of his broadcasts ‘Shroud waiting room’, acknowledging where many of his fans first discovered him. Wadu has obviously been entertaining enough for them to stick around, and managing to do so without a facecam is even more impressive.

There are many more popular streamers who have made it without a facecam too, with special mentions for channels like m0xxy and BikeMan, all of which are proof that you don’t need a camera to be succseful.

However, there’s no denying that it can certainly be helpful for new streamers, and the vast majority of the biggest names do use a facecam.