Popular Twitch streamer, Timothy ‘TimTheTatman’ Betar, was shocked after watching the incident that caused Dr Disrespect’s Twitch channel to be suspended during E3 2019.

Dr Disrespect received plenty of backlash for streaming inside of a public restroom at E3 2019, during his first ever IRL (in real life) stream on Twitch, which resulted in a suspension from the livestreaming site.

Despite giving Dr Disrespect tons of praise for his first IRL stream, fellow Twitch streamer TimTheTatman explained why he was shocked to see the Doc putting himself in the position to get banned, after watching the incident unfold. 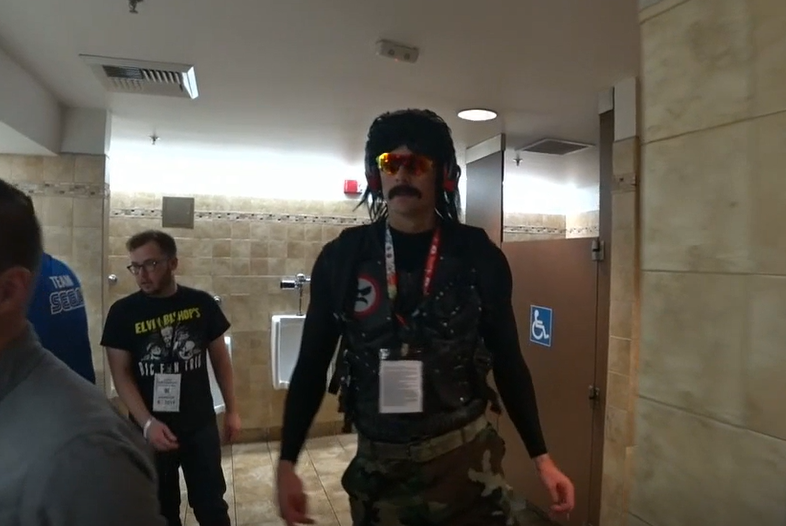 Dr Disrespect was banned on Twitch for streaming inside of the public restroom.
[ad name=”article2″]

Tim explained to his viewers that he though Dr Disrespect wandering around E3 2019 was some of the best IRL content that he has seen on the platform, “until he walked into the bathroom.”

“I was crying from laughter with how he was treating people, just walking right by them,” Tim said, before explaining his surprise at Doc’s decision to allow the cameraman follow him into the restroom: “There’s no way he’s going to let that camera follow him in there!”

“After he left I was like, ‘okay thank god we’re out of the bathroom’, and then he walked back in with the camera guy, What are you doing man?” Tim explained, clearly bemused. “I love Doc and would like to think it was just a lapse in judgement there, but outside of the bathroom thing, everything was so good.”

Dr Disrespect also had his E3 2019 pass revoked due to the incident, which means he will be unable to attend any more of the scheduled E3 events this week.

Despite all of the controversy surrounding the Doc’s suspension on Twitch, fans enjoyed his first ever IRL stream while it lasted, with lots of hilarious interactions with fellow streamers and personalities at the venue.

Dr Disrespect’s Twitch channel is still unavailable as of June 13, but it is expected to be reinstated at some point in the following weeks.