TikTok stars Bryce Hall and Jaden Hossler have allegedly been arrested for drug offenses in Lee County, Texas in the late hours of Monday, May 25.

The duo, who are part of the Sway House alongside the likes of Josh Richards and LuvAnthony, were on a road trip across America — leaving the confines of their usual Los Angeles abode to experience different parts of the country.

It is now being reported that Hall and Hossler were arrested just a few days after their adventure started while in Texas. Here’s what we know.

The Sway House brings together some of the biggest names in TikTok.

The Sway Boys have tens of millions of followers on TikTok between them, so it’s no surprise that there were a lot of eyes on them during their trip.

Footage emerged of Hall and Hossler being taken away by police for unknown reasons, with social media users sharing clips and images of the events that were ongoing.

Alongside the Snapchat footage, Exposing Tea – a channel dedicated to updates on TikTok drama – showed screenshots of the arrest records, which shows Hall and Hossler’s mugshots with information on their charges, which is down as “possession of marijuana.”

The records match up to the TikTok stars, but there has been no update from either party on the situation just yet.

This is an ongoing story while the full picture is being gathered and the truth found, so we will make sure to update this article should there be any new developments from the incident.

For now, it looks like only Hossler and Hall were held by police, though it’s unclear why the rest of the group were not detained.

UPDATE: Bryce Hall has seemingly confirmed that he is out of police custody, as told in a Tweet on May 26. He simple wrote “I’m back” before deleting the Tweet 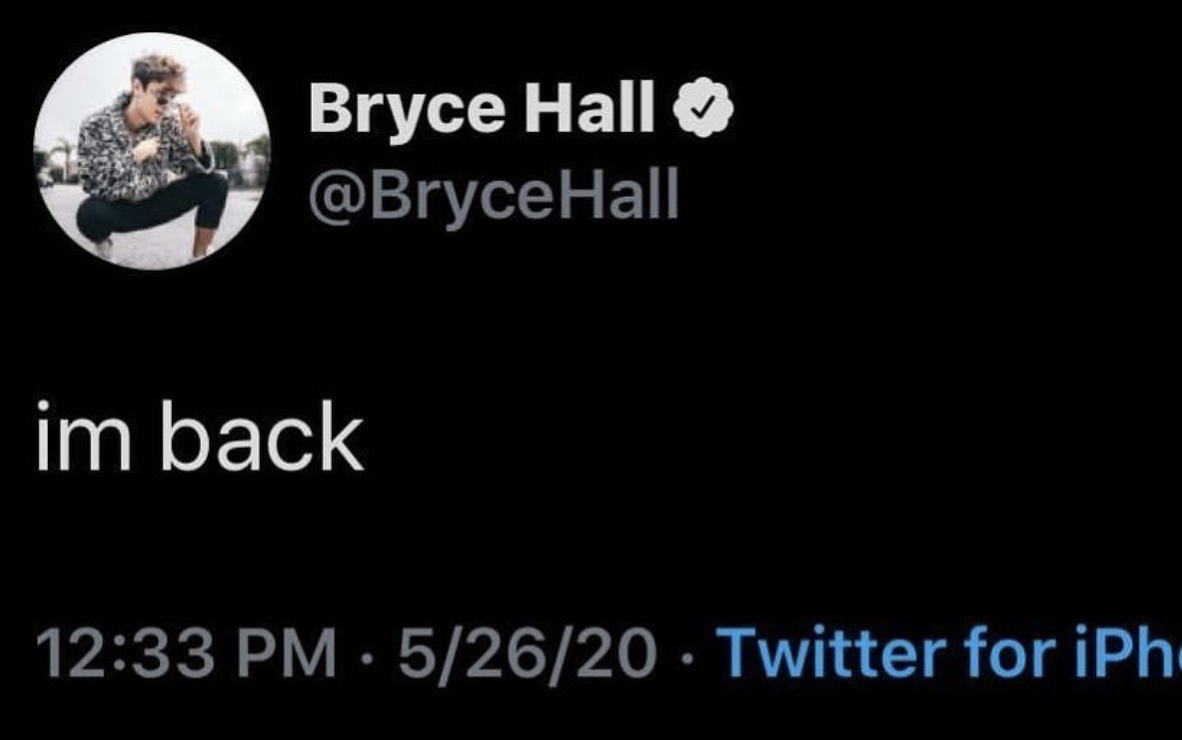 We will keep you updated with the latest on this incident.