A very creative PewDiePie fan has created the best likeness of the YouTuber in Fortnite, complete with his own merch and emote, saying it is the “last chance to beat T-Series”.

PewDiePie, real name Felix Kjellberg, has been the most subscribed YouTuber on the platform for years, but is now facing competition from an Indian record label and production company, T-Series.

Although PewDiePie has been holding on to his spot, just, T-Series is catching up fast, and it’s predicted that the Swede will lose his crown soon.

However, fellow YouTubers and fans alike have rallied in an effort to keep him at number 1, and one such suggestion from fans was that Epic Games give him his own skin in Fortnite, which players must subscribe to his channel to receive.

Of course, it was unlikely that Epic would ever show such favoritism to a YouTuber, especially one who doesn’t even play Fortnite, but that didn’t stop a creative fan from making a fully-fledged PewDiePie skin.

Reddit user u/Samarskiy shared his creation to the ‘Pewdiepiesubmissions’ subreddit, where it quickly garnered lots of attention, with even the YouTuber himself complimenting on how good it was.

*CONFIRMED* PewDiePie is in Fortnite. This is his last chance to beat T-series from r/PewdiepieSubmissions

Samarskiy also shared an image of how it would look in the Fortnite items locker, where PewDiePie fans hope it could be for real one day. 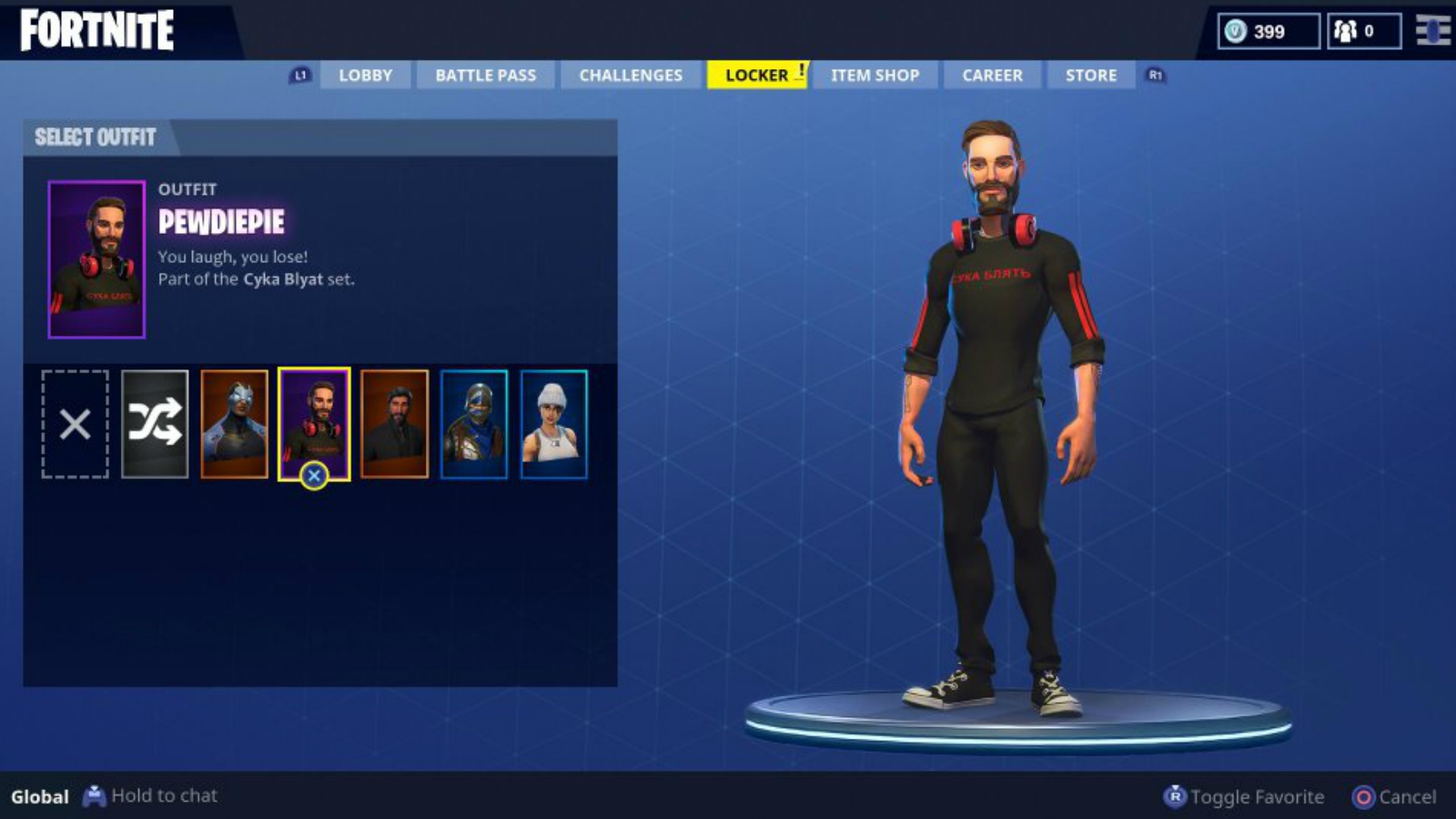 Fortnite’s total player base recently hit over 200 million, so there’s no doubt that if a PewDiePie skin was added to the game with the requirement of subscribing to his channel, he would take back control in the race vs T-Series.

PewDiePie acknowledged the creation in his latest video, which was uploaded on the same day as Fortnite’s Season 7 released – although unfortunately for him, no such skin was anywhere to be seen with the new update.

PewDiePie is currently leading T-Series by around 400,000 subscribers at the time of writing, with the gap having been less than 40,000 at one point.

YouTubers like MrBeast have been doing their upmost to keep PewDiePie, an independent creator, ahead of the corporate giant which is T-Series.

Team 10 member Justin Roberts even claims to have paid $1 million for a giant billboard to go up in Times Square, New York, telling passers by to subscribe to PewDiePie.