The ‘world record egg’ gets a surprising update, confusing fans

The ‘Instagram egg’ of recent internet fame has revealed a subtle, surprising update, sending fans into a frenzy of possible conspiracy theories.

The egg posted a second picture to its Instagram account on January 18, which looked nearly identical to its original photo. However, the normally-perfect egg now sports crack in its upper left side – leading some fans to speculate that yet another development for the egg is on its way.

Additionally, fans may have discovered the identity behind the account, thanks to a photo posted by Instagram star and music artist known as ‘Supreme Patty.’

Patty posted a photo of himself outside of a nightclub with internet stars ‘Wide Neck’ and ‘Long Neck,’ where he was holding up a poster of the egg’s record-breaking Instagram post.

That’s not all – Patty likewise got a tattoo of the egg drawn on his right forearm, further inciting speculation that the internet celeb could be the owner of the account. 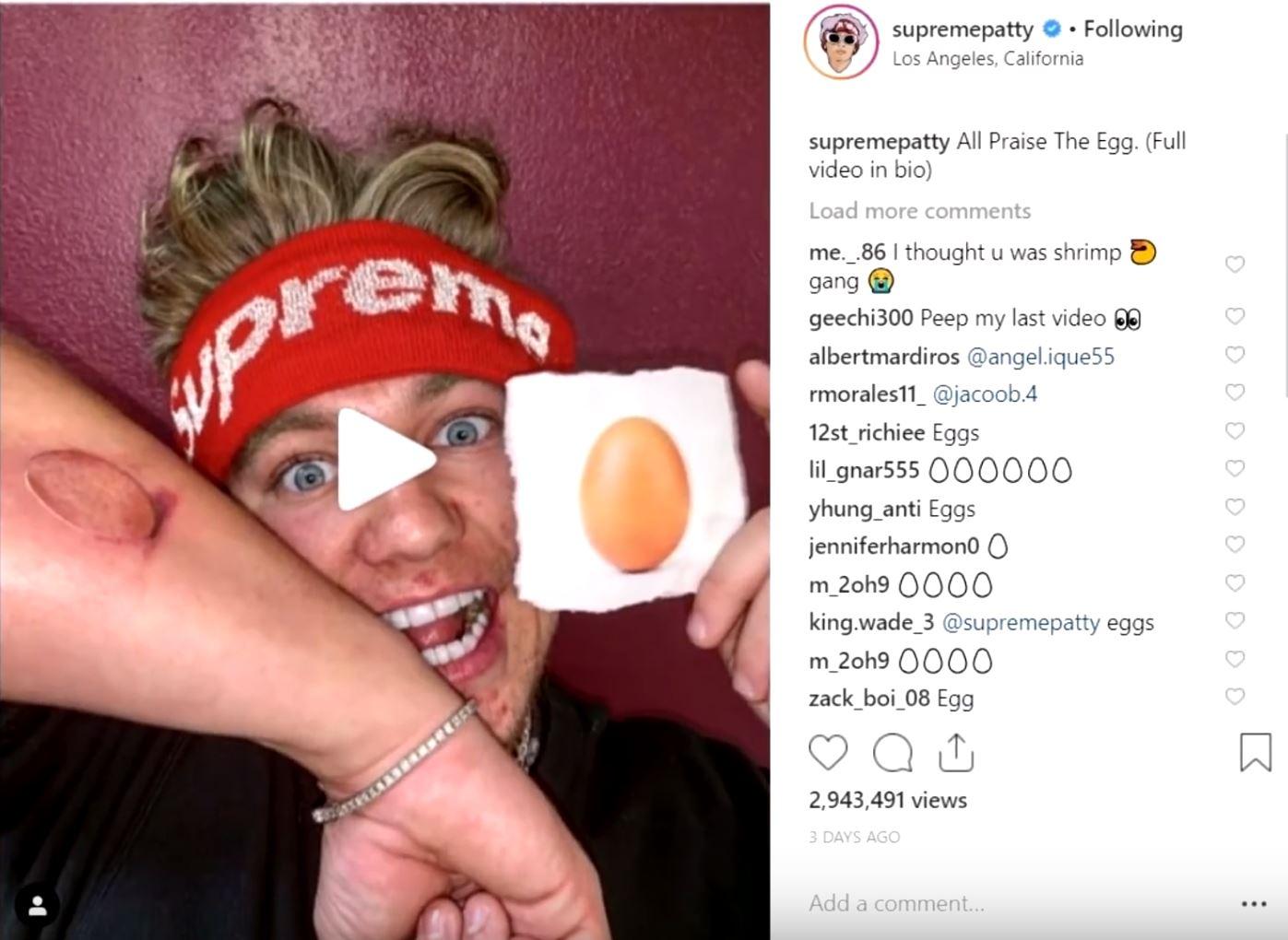 Instagram star ‘Supreme Patty’ got the World Record Egg tattooed onto his forearm, leading some fans to speculate that he may be behind the account.
https://www.youtube.com/watch?v=4Jx91puVNKc&t=550s[ad name=”article3″]

The egg has since set its sights on Twitter, hoping to break the world record for most retweets (which currently sits at 5.3 million). As of January 19, the egg’s Tweet has over one million retweets – a far cry from its world-breaking Instagram post, which currently boasts over 49 million likes.

The egg has likewise thrown shade at controversial YouTuber Logan Paul, who invited the account onto his ‘imPaulsive’ podcast for a face reveal. The egg didn’t deign to reply to Paul’s request, leaving the YouTube on ‘Seen’ – much to the internet’s amusement.