Fortnite professional Turner ‘Tfue’ Tenney has claimed that streaming rival Tyler ‘Ninja’ Blevins has “always hated” him but he doesn’t “really care” about the beef.

Tfue and Ninja have had a storied history that stretches back before they did battle in Fortnite or on Twitch. The pair started their rivalry out as H1Z1 players, with Blevins having plenty more success than Tenney and getting into streaming on the ground floor with Twitch.

As the years have unfolded, they’ve gone head-to-head in Fortnite on numerous occasions – with each of them coming out as the winner on different occasions even though they both got a spicy YouTube video title out of it. Most recently, they’ve even thrown down on Twitter in disputes about the battle royale’s future. 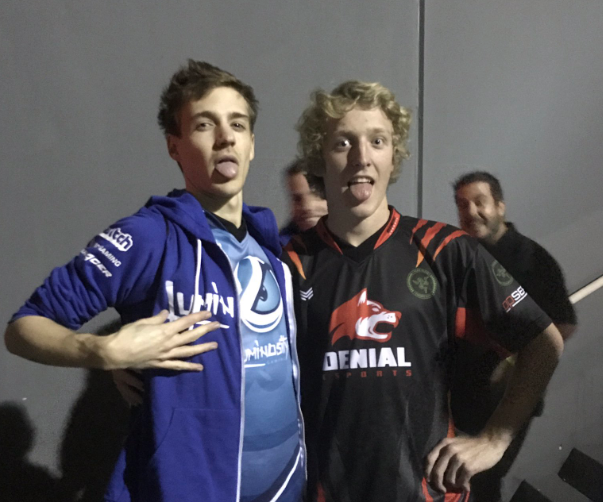 Ninja and Tfue’s history stretches way back beyond Fortnite – but stays within the battle royale arena.
600

Yet, unlike some other rivalries, they’ve never quite taken personal shots at each other – even though, as Tfue claims, there has always between a difference between the pair.

During his October 3 stream, the popular Fortnite professional had been playing some Zone Wars matches when his attention turned to the drama between himself and Ninja. As he watched two other players battle for the victory, he opened up about their long-time rivalry.

“Ninja has hated me forever. No matter how nice I am to the kid, he’s always hated me,” stated Tfue. “So, I don’t really know what to tell you guys but I don’t really care.”

While it has been suspected by some fans that the pair don’t get on, it’s the first time that either of them has actually admitted it and not just made sneaky references to it during a stream.

Whether or not they’ll settle their differences in the future remains to be seen, but at least, for now, they appear to be quite far apart from that coming together point that some fans might actually want to see.

Tfue actually took a lengthy break from streaming and YouTube in September, partly due to his grievances with Fortnite itself, and when he returned was just as critical of the game.

Ninja, on the other hand, has perhaps tried to be more measured in his feedback about the game which helped him become so popular, but it’s unclear if his rift with Tenney goes beyond just their opinions on gaming.