There are many streamers on Twitch and other sites that have a long history of memorable clips which are easily recognizable even among viewers who aren’t readily familiar with them. Those instances either include a hilarious blunder, a moment of rage, or some weird mixture of the two.

In either case, these clips are preserved on the internet annals, which Constera peruses and uses to create some of the most inventive song mixes with incredible effects.

His latest video is sure to strike a chord with various audiences seeing as it takes cues from some of the biggest streamers on Twitch.

But in creating the song, the artist didn’t ask for a collaborative verse or specially made sample from his guest performers.

Instead, he found random sounds from every streamer he features and inventively spliced them together to create a full medley filled with bizarre rifts, funny beat drops and more.

“Every sound that you hear in this song is made out of different samples from different steamers’ clips,” Constera said before highlighting an interview featuring Forsen, a Tourette’s tic from Sweet_Anita, Destiny playing the piano and more.

The song is both a treat to hear and watch, seeing as the YouTube video also gives viewers a look at where the strange sounds are coming from as they play along with the song. 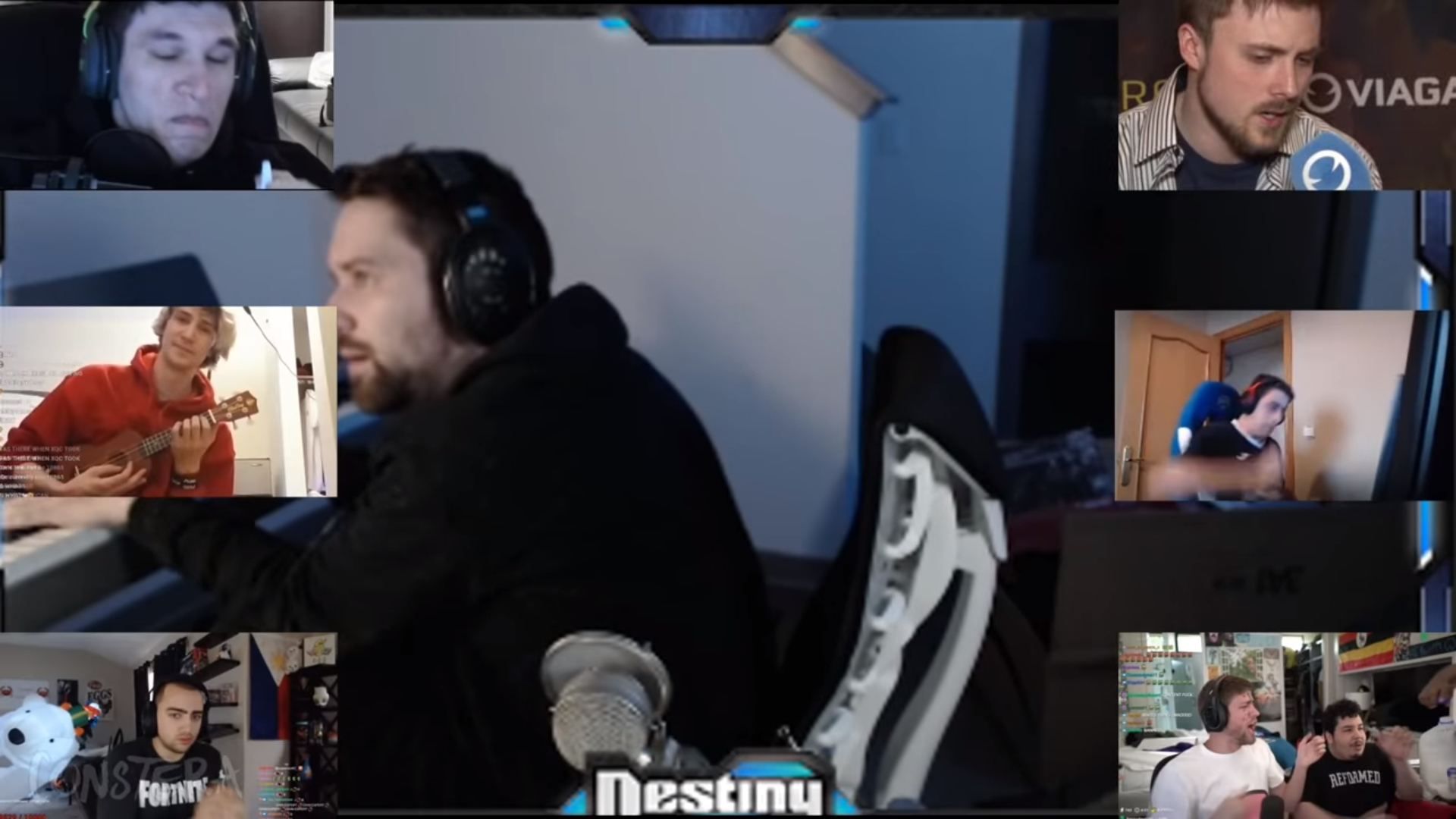 The mashup saw a few streamers shine as others provided the supporting beats.

Taking a look at his track from FL Studio, it’s filled with layers upon layers of different repeating sounds that beautifully come together for a harmonious beat.

Highlights in the track include Kitboga’s part that launches the song from the initial buildup, NymN’s “Oso poooo po to to” feature, and Dr Disrespect’s part which features a brief appearance from PewDiePie.

Since creating his channel in 2010, Constera has amassed about 20k subs. Popular videos on his channel can be found in his “Twitch Streamers Sing” playlist starring various streamers from Mizkif to Greekgodx and more.

Even though he’s a master memer, the content creator also a full-fledged EP but also enjoys creating the mashup songs along with his audience on Twitch.

It’s definitely worth a listen, and it’s even more fun to watch for viewers unfamiliar with some of the iconic moments in streaming.