Twitch streamer Hayley ‘hiiiilee’ went off on the broadcasting platform on April 29 over how the company have handled “Twitch thots” on the site.

Twitch is the go-to site for streaming everything from games to IRL adventures, but the platform has come under massive criticism over its history of questionable bans, or lack thereof, leading one streamer to think they’re “doing nothing substantial to be a progressive platform.”

The streamer touched on a lot of controversies plaguing the site but the conversation kept around the topic of “Twitch thots” that she thinks has been running the platform since its early days. 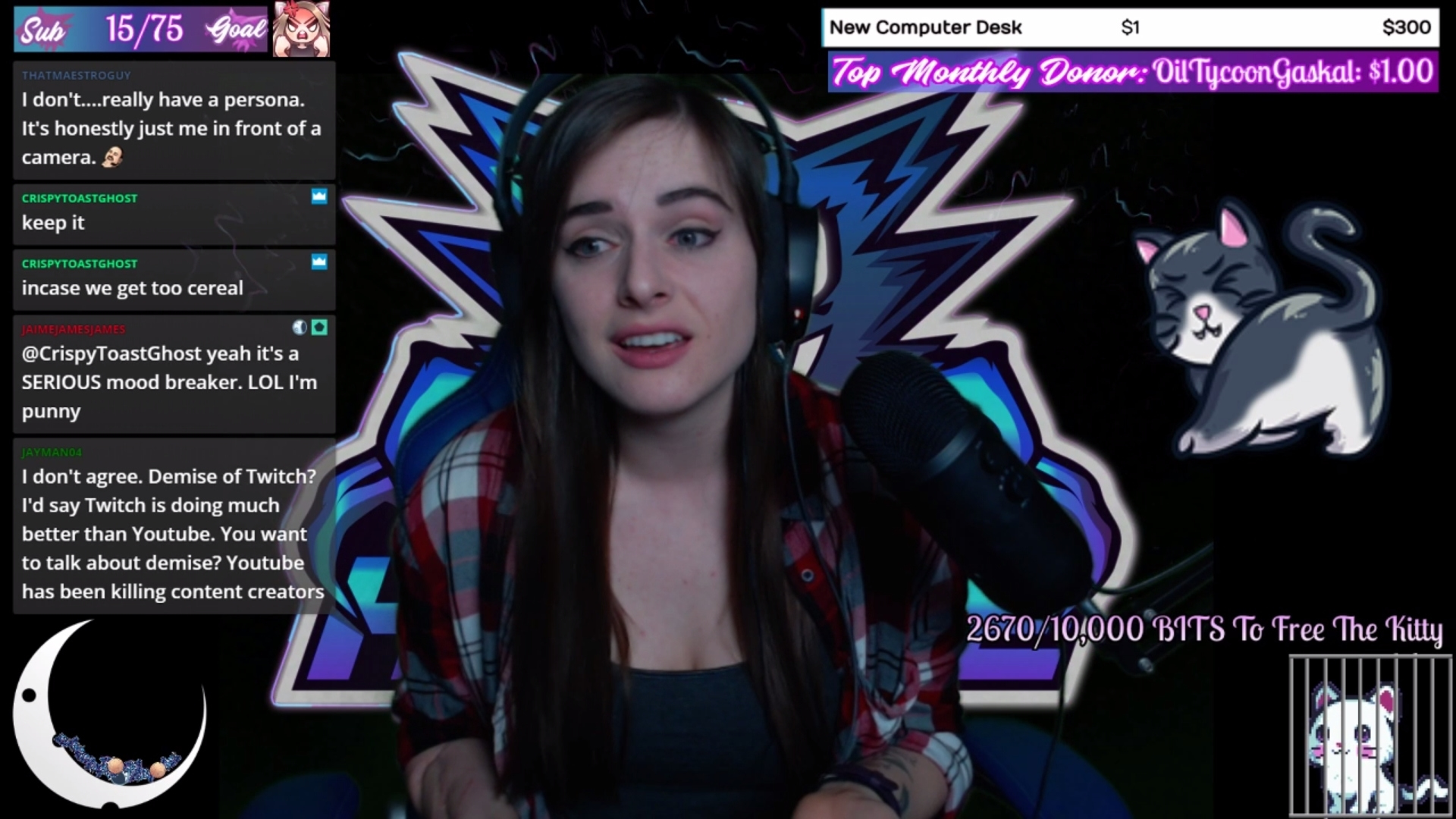 The streamer was baffled at Twitch’s handling of “Twitch thots” but said it made sense since the company is making “a lot of money” from them.

Brutal honesty over how the company handles “Twitch thots”

The streamer is no stranger with talking about sensitive issues, so she wasted no time in dissecting the bias that Twitch has shown toward some of the more risque broadcasters.

“Now that Twitch thots are a big deal, Twitch is doing the bare minimum to slap them on the wrist and say ‘oh no, you shouldn’t do that.’ People are getting banned [Twitch] mistakingly thinking they said ‘the n-word’ on stream when they said ‘idiots’ but bitches are here showing their feet and using their tits as puppets and they’re not getting banned?”

Hiiiilee was dumbfounded for how the platform could approve these kind of decisions while turning a blind eye to the larger “problem” on their site.

How did Twitch thots become a thing?

Hiiiilee suspects that the concept of “Twitch thots” were born in the earlier years of Twitch, when the company noticed there were some streamers who were garnering a lot of success but weren’t exactly following the Terms of Service (TOS).

“[Supporting streamers that don’t 100% follow TOS] might not have been the vision Twitch had when they launched their platform,” hiiiilee said. “That it would be runned by these thotties that are twerking for subs and getting subs by licking their microphones doing ASMR. That might not have been the vision but they are sure as hell are not doing anything to stop it or revamp it because they are making money.”

She then points to the hypocrisy of the platform by saying they’ve adopted a “you’re not allowed to do it, but they’re allowed to do it because they have 2000+ subs” mentality for newer creators who venture into similar content.

With more people joining the Twitch streaming ranks, it seems like the issue will only be pushed into the spotlight more until the company takes an honest approach to enforcing their own rules.