YouTuber ONLYUSEmeBLADE under fire after abusing dog on stream

Brian ‘ONLYUSEmeBLADE’ Risso has come under fire yet again after a clip surfaced from one of his streams, in which he is shown to throw a dog off him, sending it across the room.

Risso found fame in early Call of Duty titles, such as the original Modern Warfare, by uploading commentaries of his gameplay. As his name implies, these gameplays were achieved exclusively through melee attacks only.

Since then, Risso has become an IRL streamer through YouTube, on which he has over 500,000 subscribers. However, the American has since suffered ongoing difficulties with alcoholism, and was under the influence of during this latest controversial incident. 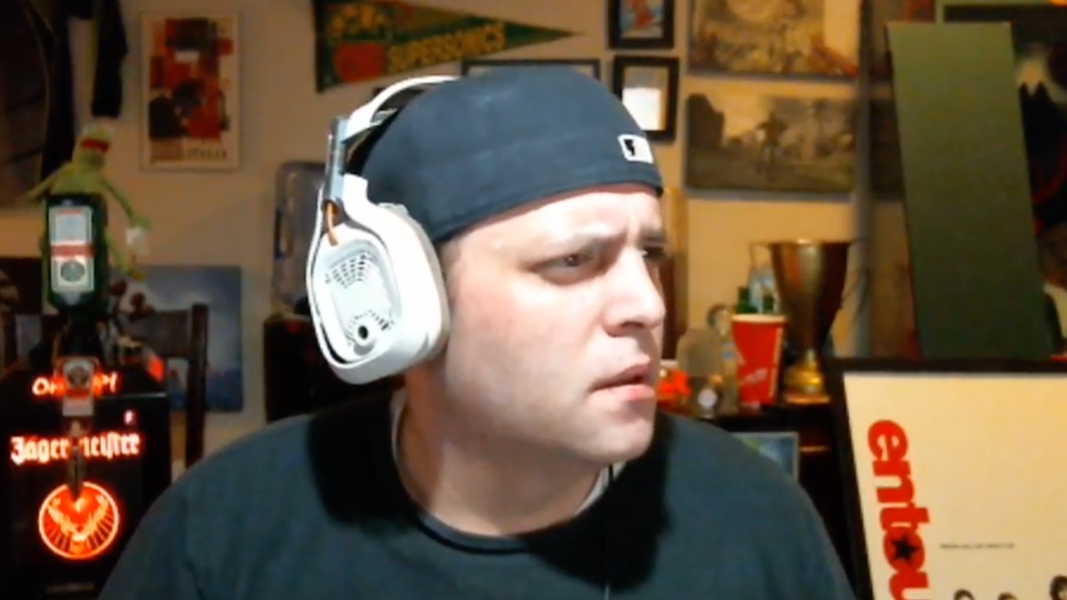 Risso has moved away from Call of Duty in favour of IRL streaming.
[ad name=”article2″]

Risso was doing an IRL stream, when he let a small dog crawl up into his lap. After a few seconds of allowing the dog to lick his face, Risso pushed the dog off him with considerable force, sending the dog sprawling across the room.

However, the man sat next to Risso begins to laugh and look shocked, before referring to the incident as “pretty gnarly”. A different voice, from off camera, then reprimanded Risso, telling him that his behaviour was “not fucking cool.”

“That’s your fucking dog dude,” the voice went on. “You can’t fucking throw a dog. What are you talking about dude? Don’t fucking do that, that’s not cool.”

Warning: some may find the clip distressing.

Drunk streamer, onlyusemeblade, abuses a dog and sends it flying. from r/LivestreamFail

Another clip has since surfaced, showing Risso drinking heavily before hand, and the same dog licking up spilt alcohol off the floor.

The landing of the dog is caught in another camera’s shot, and it appears to be unharmed by the event. Risso doesn’t look particularly bothered by the incident, as he remained sat in silence while being admonished by the other person present.

The incident adds to an unfortunately long list of controversies surrounding ONLYUSEmeBLADE, as he appears to be a long way from the YouTuber who once entertained audiences through Call of Duty.