It’s not everyday you see someone get banned for making a rude comment in a Twitch chat and then have the opportunity to get unbanned.

In most cases, especially with bigger streamers and streams, if someone gets banned in their channel, there is almost no chance they are going to say something in there again.

However, this was not the case with Ben ‘DrLupo’ Lupo, one of the bigger and more popular streamers on Twitch.

According to a recently posted tweet, one of his subscribers was banned in his chat for making an inappropriate comment, but was given the chance to earn redemption.

Couple days ago, a sub came into chat and typed “DrLupo is cancer.” I banned that person, and told them I would remove the ban if they wrote me a 1000 word essay explaining why it was wrong to say that, and why they were sorry.

Would’t you know it, the subscriber ended up writing the essay, in which the sub apologized for his rude comment and reflected on why it was wrong to say what was said.

An image of the essay was provided by DrLupo in his tweet, and can be ready in its entirety down below: 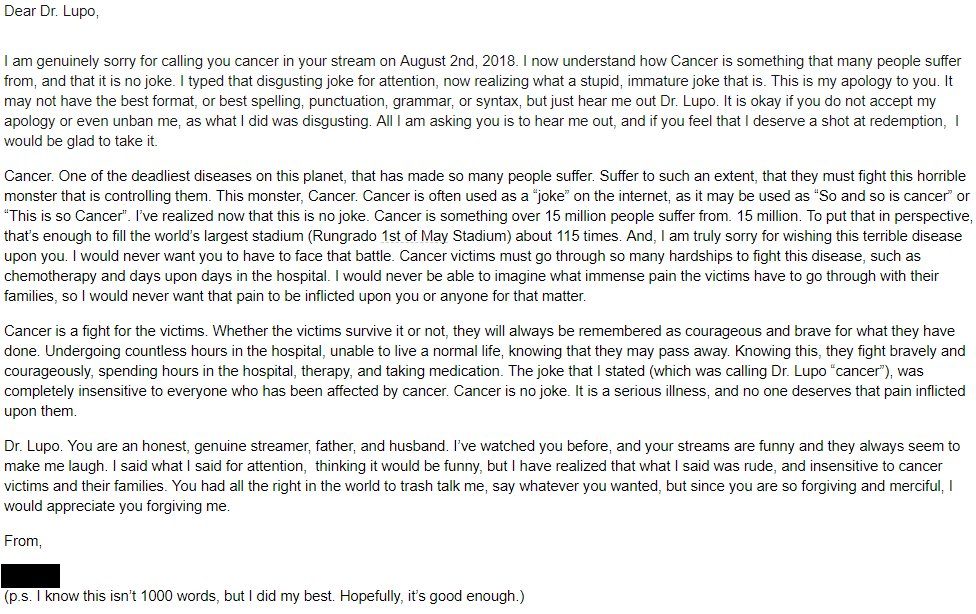 Sticking to his word, DrLupo did end up unbanning the subscriber, feeling that he had successfully conveyed the lesson and message for why saying such things was wrong.

Unbanned. Change one person at a time. 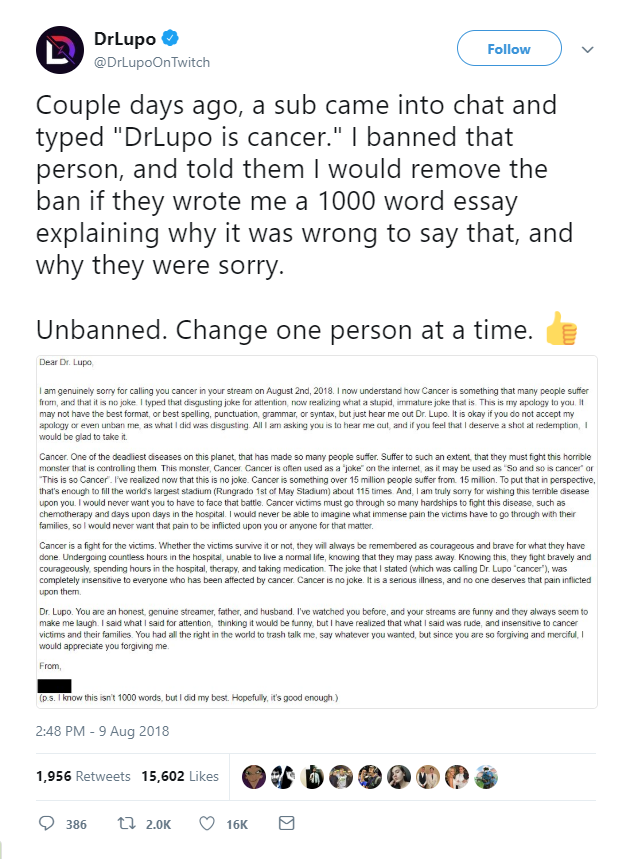