Twitch streamer Jaegerrmeister, who once had possibly the dirtiest room in the world, has gone back to his old ways – and he’s blaming WoW Classic for being the problem.

Back in early June, Jaegerrmeister stunned viewers after revealing that he hadn’t cleaned his bedroom since 2005 and had accumulated a huge pile of trash around him in that time.

With images of the room going viral and onlookers feeling a little sick, the streamer threw on some cleaning gloves, grabbed a few trash bags, and finally removed all of the garbage – even showing off a stunning timelapse of the clean-up process. However, he’s since let it all slip and it appears as if WoW Classic is being blamed. 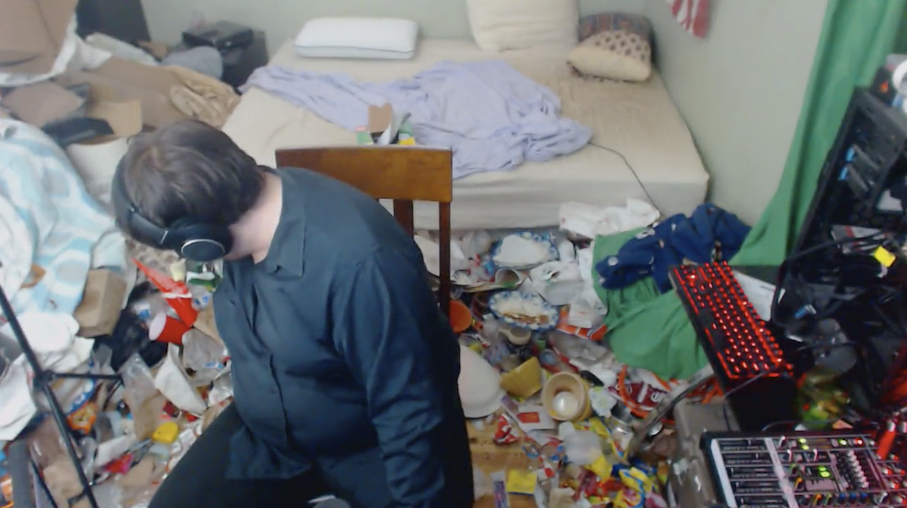 Jaegerrmeister had not cleaned his room in over a decade before showing it off on-stream.

During his September 12 broadcast, the streamer had been playing the hugely popular Blizzard MMO when viewers asked if his room was still clean. Last time they saw, it was pretty much spotless.

“Let’s see the room? Hey, you don’t want to see the room,” the streamer said, with a grin on his face.

“You can clean the room, you can’t clean the lifestyle dude. I fucking got back on this classic WoW shit – dude, my room absolutely went to hell, I’m going to be honest,” he added. “Let’s see it? Son, you don’t want to see it.”

However, after the repeated teases, it didn’t take all that long for Jaegerrmeister to reveal the new piles of garbage on his floor.

“Alright, here it is – that’s basically what’s happening,” the streamer said as he showed off a few layers of emptied boxes, bottles, cups, and fast food bags – all just left on the ground around him.

With viewers disgusted by what they saw, they questioned if the streamer was going to take the same steps as last time and clean the room on-stream.

“Dude! More content, I get to clean my room on-stream again, hooray,” he said sarcastically. Yet, anyone who might be excited to tune in for that will be left disappointed.

Of course, the streamer’s stance might just change if this moment goes as viral as his last, but that remains up in the air just yet.

Either way, he probably needs to get around to cleaning some of the trash up – you never know what could be laying underneath those top layers.