Sodapoppin is one of the Twitch originals, streaming on the platform since 2012. Unlike many other streamers, Morris has not had to cave into playing new releases and popular titles in a bid to keep his viewership.

Yet despite all that, even he can sometimes fall victim to those surprising moments that may end up landing you with a ban from the platform, despite the situation being completely accidental. 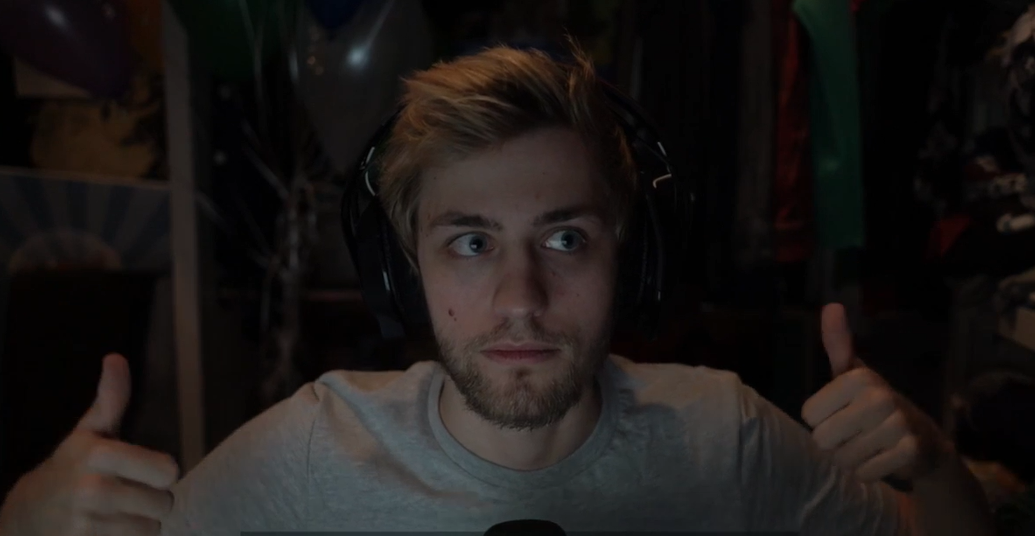 Sodapoppin is known for playing strange games and letting his opinions be known.

What happened to Sodapoppin?

“Oh, stop! Stop!” called out Sodapoppin as soon as the scene turned completely not-safe-for-work and got sexual. The streamer also moved to quickly switch from the game to a full-screen view of himself as to not show any more of the game.

Despite turning it off, Soda was left completely lost for words at what had just happened. He could only offer up gasps, shocked looks, and grins to his viewers before trying to figure out what to say next.

Unsurprisingly, to try and avoid backlash from having accidental nudity on screen, Sodapoppin’s VOD of the stream has since been deleted.

However, that didn’t stop fans from making a few clips of their own from other hilarious moments during the broadcast. One, in particular, showed Sodapoppin almost in tears after reading the poorly written dialogue between the game’s characters.

Will Sodapoppin be banned from Twitch?

While the moment may have been completely accidental, it can land Soda on the wrong side of Twitch’s terms of service and lead to a possible suspension.

As of writing, his channel is still active a few hours after the bizarre on-stream moment occurred but it’s probably a safe bet that the streamer doesn’t return to the game despite his penchant for weird titles.