Smash legend Mang0 got completely smashed during his birthday stream

It’s far from unusual to celebrate a birthday with a few drinks in the company of friends but Joseph ‘Mang0’ Marquez seemingly took it one step further on his celebration stream.

The legendary Smash professional was streaming the new Super Smash Bros. Ultimate game whilst having a few drinks with a friend. Clearly drunk, Mang0 slurred his words, removed his Philadelphia Eagles jersey and continued to drink some more. However, things got weirder from there.

Drunkenly dancing on the spot, wearing nothing but a pair of yellow cactus-print bottoms, the Smash legend began dry humping the mini-fridge in his room. Yet, his drunken antics were not finished there. 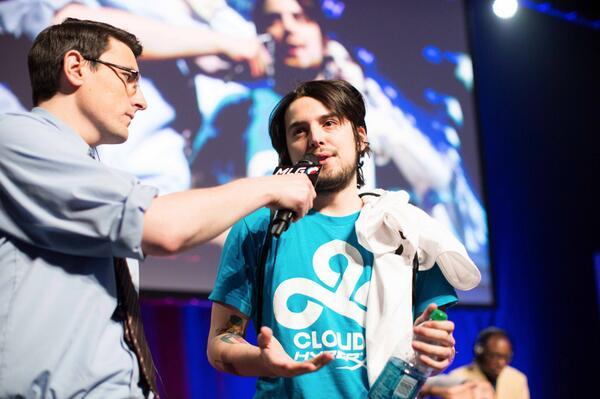 The Cloud9 pro is an icon in the Smash bros. scene.

The two-time EVO champion turned his attention to his Mic and Pop filter and began dry humping that, too, with a massive smile on his face. Luckily, his pal – also on stream – covered the camera and launched a ‘be right back’ intermission screen.

Despite his friend’s best efforts to cover the screen, the Cloud9 player continued with his hijinks before removing the mic from its stand and rubbing it on his friend’s head. Before long, Mang0 began to hunch over, eventually falling to the floor just off-screen.

It’s not the first time Mang0 has been more than a bit tipsy on stream. While streaming Portal 2 on November 29, the Cloud9 pro went on a drunken rant about the state of Twitch.

With Twitch staff watching on, Mang0 said “Wooo, fuck the Staff!” before asking to be banned from the live streaming platform. “Ban me. Please, ban me, I’ve been waiting for a ban. I wanna go,” he drunkenly stated.

It is unknown if he has been warned about his actions from either the streaming platform or Cloud9 for either stream.