New statistics have revealed a disappointing drop in viewership for massively popular livestreamer Michael ‘shroud’ Grzesiek following his move to Mixer – but will it concern him?

When news broke that shroud would be following in the footsteps of fellow streamer Tyler ‘Ninja’ Blevins and leaving Twitch to join Mixer, expectations were high.

Ninja had already faced the brunt of the risk, as the first streamer of such a size to leave the dominant platform of Twitch, and pairing him with shroud was certain to boost Mixer’s profile even further.

Both streamers would have been well aware of the risks of course; a lower overall userbase on Mixer would be an unavoidable downside, but both have stated that the move wasn’t necessarily to explode in popularity or make more money, but rather for a fresh start.

This fresh start has cost them some of their viewership though, a new report from StreamMetrics shows. The report details a fairly alarming decline, with his US audience on Mixer only 1/3 of his Twitch audience one month prior. 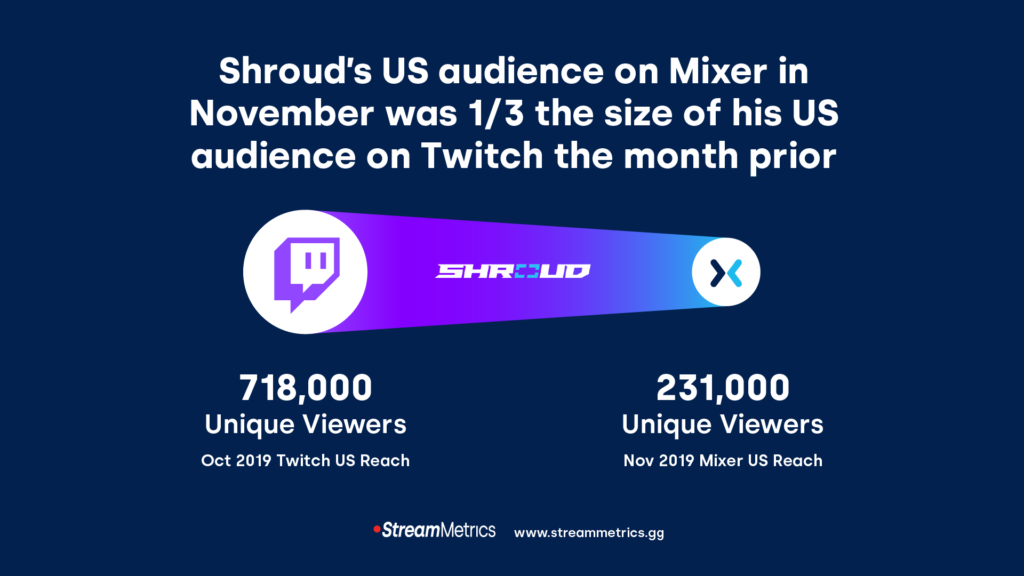 An alarming drop in unique viewers for shroud following his move to Mixer.

Is it Mixer’s fault?

While a sudden drop in viewership may not bother shroud too greatly (though it definitely won’t please him either) it might be more of a concern for Mixer itself.

The fact that not all of shroud’s audience is following him to his new home might say more about the site’s usability and features when compared to Twitch.

Most concerning for Mixer will be that 85% of shroud’s audience who watched him on Twitch in October did not follow him to his new Mixer channel in November, according to the StreamMetrics report. 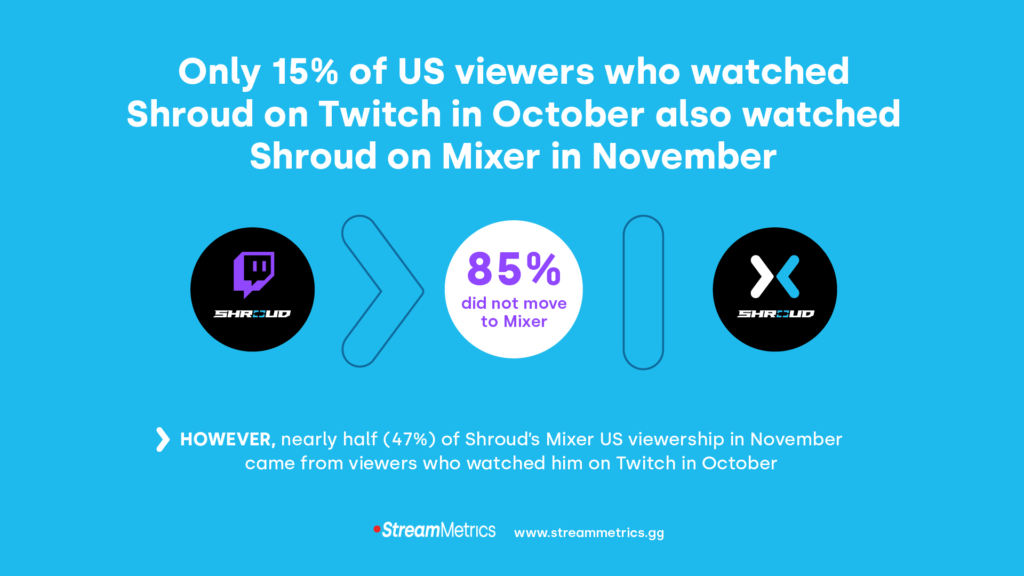 These numbers might say more about Mixer than shroud, but is Mixer totally to blame?

It’s not certain that all of this drop in viewership is down to shroud’s choice of platform though. It’s also important to look at his game of choice for much of November.

Despite the launch of Modern Warfare and its first season, shroud has played more Escape from Tarkov than any other game. The title is not as popular, and doesn’t yet have a full release, so it’s possible that many of shroud’s usual fans are skipping these broadcasts.

Whatever the reason, Mixer will be keen to tackle any issues users have had with their site, particularly when compared to Twitch. They’ve already reduced the subscription price to match, and have rolled out ‘clipping’ for users, also in line with Twitch’s own feature.