Twitch superstar Michael ‘shroud’ Grzesiek is finally back on the streaming grind after a short hiatus due to a scooter accident, and has now revealed the aftermath of his apparently life-threatening crash.

What happened to shroud during the scooter accident?

The former CS:GO professional made his viewers aware of the issue on March 11, revealing that he had been involved in a scooter accident which would require surgery on his left arm, fortunately not affecting his god-like aim.

His housemate and long-time friend, Justin ‘Just9n’ Ortiz later revealed
that the incident was extremely serious and was almost fatal with shroud travelling at around 55mph at the time he flew over the handlebars. 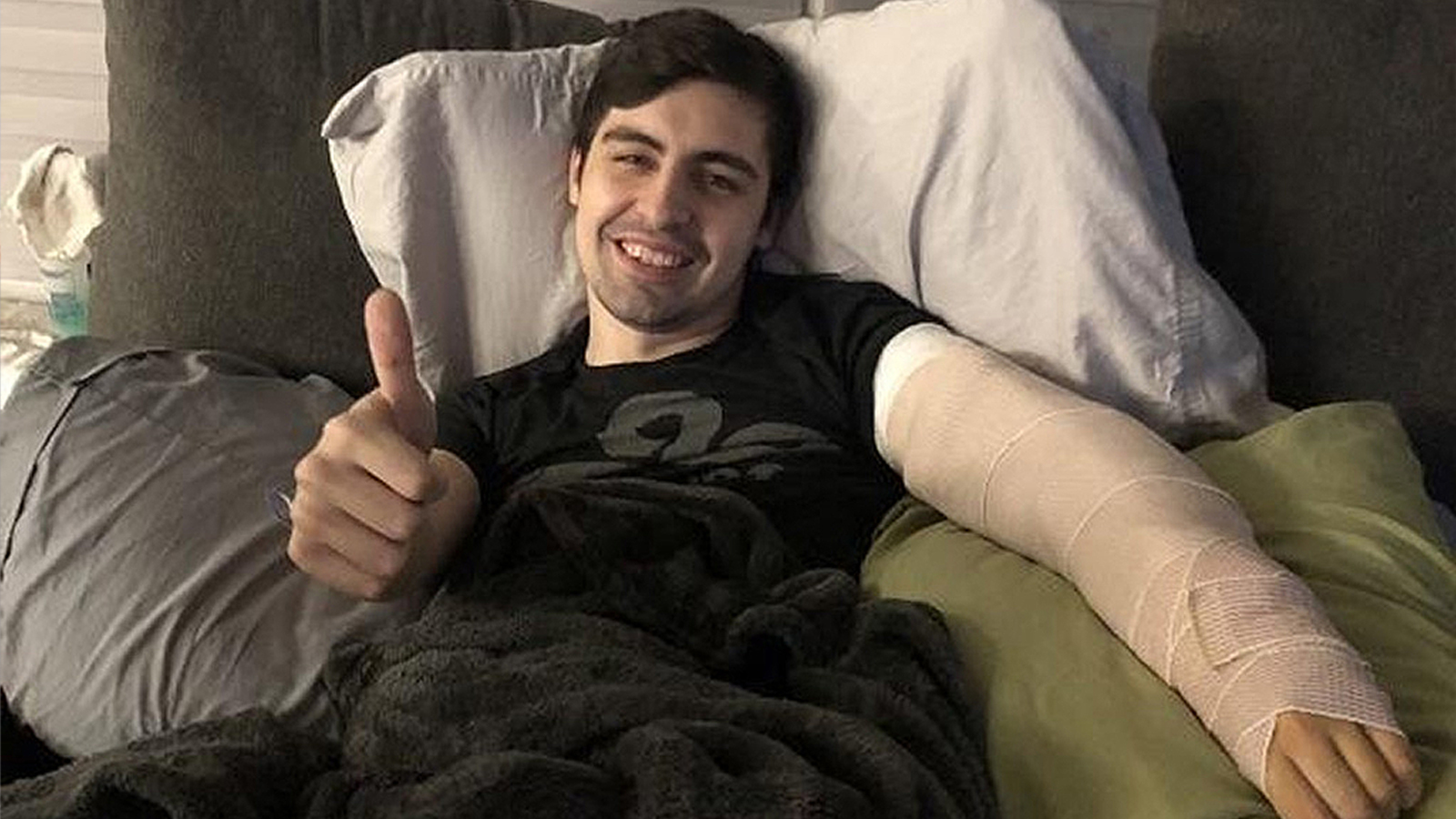 Fortunately, Shroud’s aiming arm was not injured during the accident.
[ad name=”article2″]

Eager to keep his loyal Twitch following entertained, shroud made a swift return to action, albeit wearing a cast which seriously restricted his movement capabilities in games such as Apex Legends, but still managed to maintain his ridiculous accuracy in games like PlayerUnknown’s Battlegrounds.

Nevertheless, his recovery continued, and the 24-year-old gave his viewers a glimpse at the consequences of his time in the hospital on May 5, showcasing a ghastly scar which covered much of his left elbow.

“It’s looking better boys,” he said. “It’s getting there, slowly.”

Thankfully, the Toronto native has quickly got back into the groove of streaming and has recently returned to playing Apex after taking a short break due to the lack of updates coming from Respawn Entertainment, combined with his injury.

Fortunately, his aiming arm was relatively unscathed in the accident, so he hasn’t lost any of his trademark accuracy with a mouse.

Shroud is currently the second most followed channel on Twitch, bettered only by Tyler ‘Ninja’ Blevins, and continues to rapidly grow as a result of his insane abilities on the battlefield.