Shroud reacts to hitting Diamond in Overwatch after only two weeks

Michael ‘CS:GO, Apex Legends, and PUBG to the world of Overwatch, hitting diamond rank in the space of just two weeks.

While this achievement might take much longer for the average player, it’s fair to say that the Twitch streamer and former professional CS:GO player has proved over a sustained period of time that he’s nowhere near average.

Still juggling between Blizzard Entertainment’s title and a few other games, he reached the impressive landmark during his July 31 broadcast, much to the applause of his chat that were following along with the action. 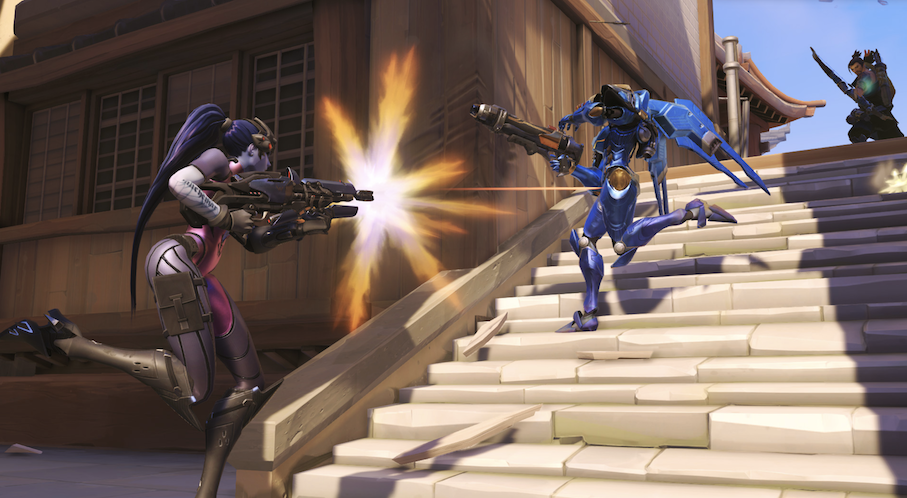 Shroud steps up to Diamond ranking in Overwatch after impressive displays with Widowmaker.
[ad name=”article2″]

“Heyy! POG,” the streamer said after realizing he’d reached diamond. “My team was insane. Those guys were so good. That was great. The only thing I was trying to do was kill McCree, that’s all I was trying to do.”

The achievement means that shroud has entered the fifth bracket of the in-game rankings and is just two more away from becoming an Overwatch Grandmaster, which would be a significant landmark for any player. To get there, though, he’s going to need to his Skill Rating of 3,000 up another thousand or more.

Shroud was playing as Widowmaker at the time he jumped up in the game’s rankings, and when armed with one of the game’s most powerful weapons – the Widow’s Kiss – he made no mistake in dispatching some of his opponents with ease during some of the matches.

As seen in the clip below, he might not land every shot but the ones he does are just seamless. The hero he’s selected really seems to suit his style, unlike Mercy – a character he has criticized in the past.

Whether or not it’s shroud’s intention to jump up a few more ranks in competitive Overwatch or not remains to be seen, but clearly just by playing the game here and there he’s doing pretty well. He has, however, ruled out the possibility of playing the game at a professional level.

Fans wouldn’t be shocked to see him become a Grandmaster in the near future – especially when he’s in this form.