Shroud explains why microtransactions are “needed” amid Apex Legends controversy

Following the Iron Crown Apex Legends update that saw an influx of new in-game cosmetics, Michael ‘shroud’ Grzesiek has voiced his opinion on the cost and randomization of Apex packs.

The Iron Crown event brought a host of changes, notably solo mode, and included the addition of new in-game items, but the developers behind the popular battle royale have since received backlash from the community.

Much of the frustration relates to the strategy that Respawn have employed to make their cosmetics accessible to players, with skins coming in randomized event-specific packs that cost 700 Apex Coins each — roughly $7 (£5.59). 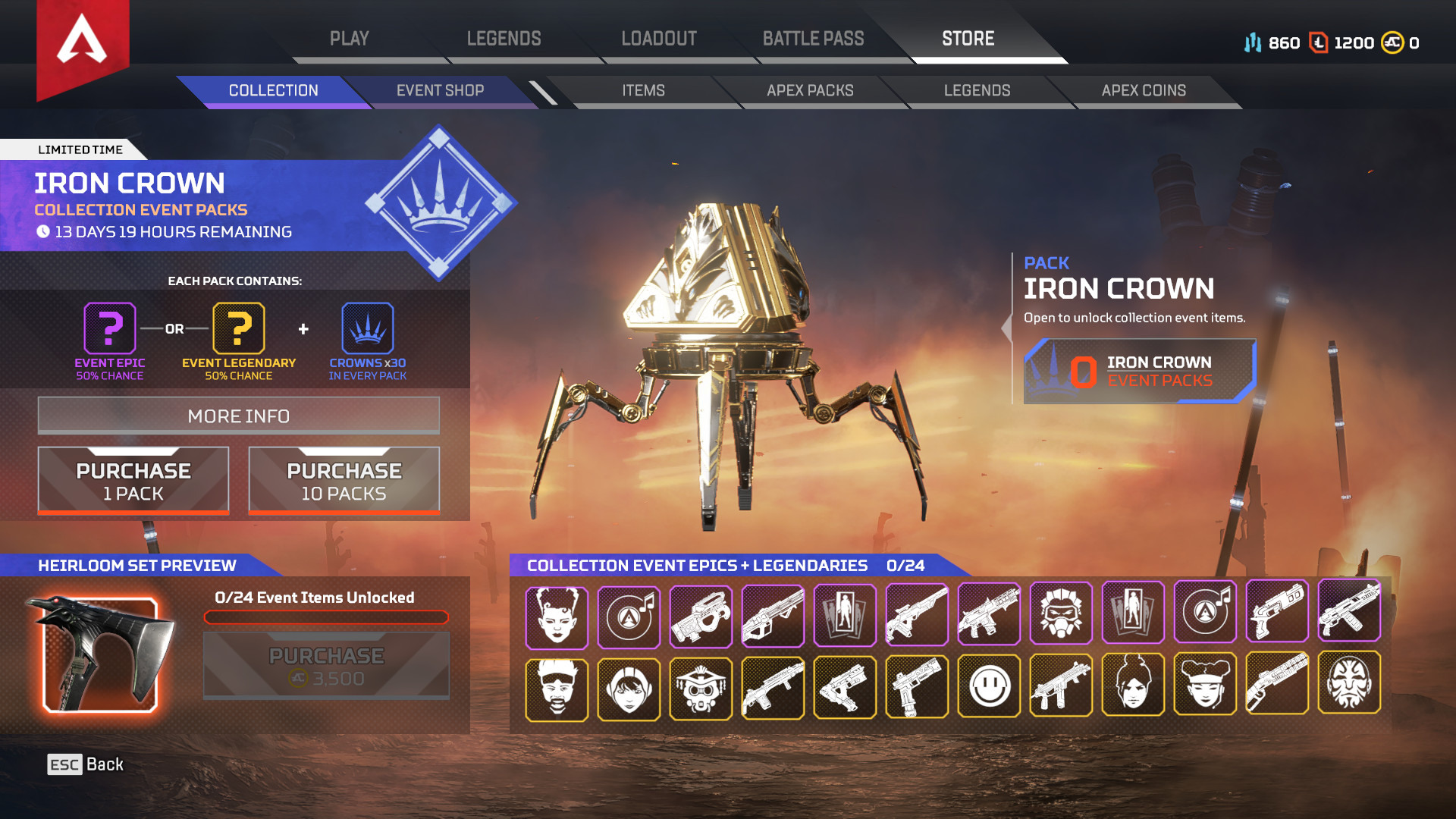 However, in a stream on August 13, shroud goes against the current consensus, arguing that while the current system could be improved, it’s just a necessary part of the game.

Initially surprised by the lack of content given by the developers, shroud said: “There’s no way that you only get 2 packs”.

Although the popular Twitch streamer goes on to stand firmly behind the idea of opening packs to obtain skins, he later empathizes with his viewers by agreeing that having the ability to choose which items you can unlock, would be an improved system.

Grzesiek later adds that skins should not be handed out to players and that RNG is a necessity for Respawn to make money, while going on to admire the aesthetics of skins and opening more event packs.

“I don’t want everything to be handed to people, I don’t like that… If this whole event that they had, you could just unlock, that’s a problem.”

While opening more of the Iron Crown Event Packs, shroud compares the well-oiled system behind Riot Games’ microtransactions and explains how “they need to be in games” in the context of modern-era, free-to-play games.

Given the mixed bag of response from the community and popular influencers such as shroud, it will be interesting to see if the developers respond during the limited time event and make the in-game cosmetics more accessible to the masses.