Back in October of 2019, shroud shocked everyone when he deiced to call time on his relationship with Twitch and head to Mixer. He wasn’t the first major name to make the switch, as that honor belongs to Ninja, but shroud’s arrival on the Microsoft platform seemed to indicate a major changing of the guard.

Since then, both he and Ninja have encouraged streamers to follow them in making the switch, with shroud himself teasing some other moves in the future, as some content creators have headed to YouTube Gaming.

Shroud surprised everyone when he swapped Twitch for Mixer in October.

While the move from Twitch to Mixer seemingly paid off in terms of money, with one report suggesting that “the biggest streamers are earning as much as $40 million over three to five years,” his viewership has been down.

Regardless of that, though, shroud’s follower numbers are still nothing to scoff at. The former Counter-Strike: Global Offensive professional has now eclipsed one million followers – becoming the second streamer behind Ninja to achieve that feat. 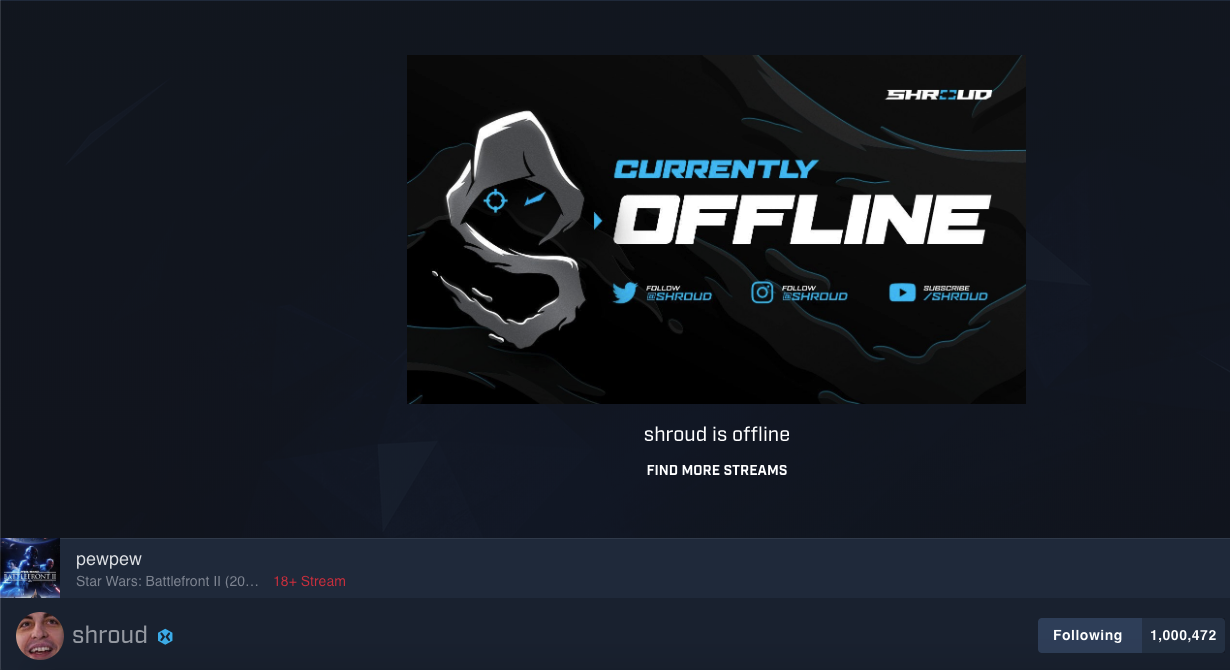 Shroud has just eclipsed the one million follower mark on Twitch.

While he’s managed to do so, the former Cloud9 member sits nearly two million followers behind Ninja – who is on his way to hitting three million subscribers in the near future.

Shroud is also still some way off overtaking his Twitch channel’s follower total of over seven million, which was cultivated over the years of streaming on the platform both part-time while competing and full-time once he had stepped away.

The streamer has already explained why his viewership and follower figures have been down since joining Mixer, claiming that some fans thought he’d just given up on streaming. Whether or not he’ll be able to hit seven million followers again remains to be seen, but at least he’s already on his way.