Although Shane Dawson has been a major face on YouTube for years, he experienced another popularity surge thanks to his viral documentary series – and after months of waiting, he’s about to drop another one.

Dawson has dabbled in an array of topics for his series, including controversial YouTube stars and even conspiracy theories – but it looks like the YouTuber is returning to his roots in internet drama.

As previously mentioned in a series of Tweets in late June, Dawson’s next series is titled “The Ugly Side of the Beauty World,” and will reportedly tackle all the drama, gossip, and dirt from one of YouTube’s biggest communities. 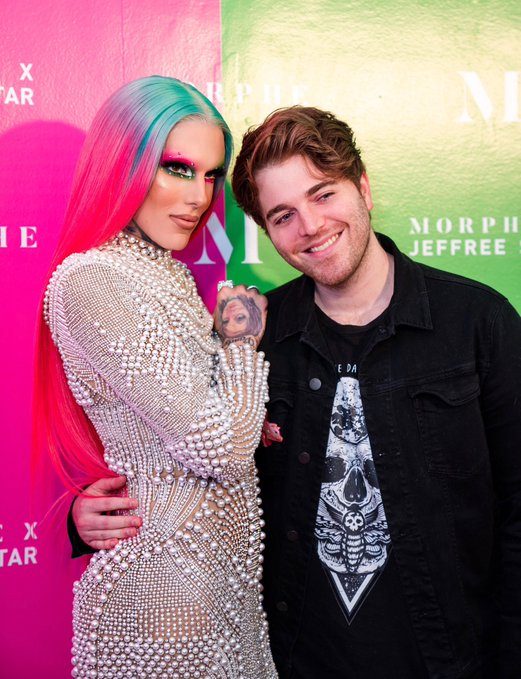 That’s not all: Dawson dropped a few photos from the upcoming series to Twitter on September 20, along with an official date for its teaser trailer.

The photos in question show a series of shots featuring Dawson’s “shocked” face, alongside an unamused and makeupless Jeffree Star, as well as Dawson’s fiance, Ryland Adams.

According to the post, “The Ugly Side of the Beauty World” trailer is set to drop on Tuesday, September 24 – and a release date for the full series may be quick to follow.

Previous statements from Dawson claim that his beauty series is scheduled for a fall release, after some unexplained “stuff” “threw a wrench” in his plans for a conspiracy series in the interim.

Ugly Side of the Beauty World series in the fall and possibly something else in july. some stuff happened that threw a wrench in the conspiracy series but i’ll explain soon. but the series in the fall is A LOT..so trust me, you’ll be sick of me by the end of the year haha :grimacing: https://t.co/AVO2eOxhvb

Although the specifics of Dawson’s upcoming series have yet to be revealed, fans across the net speculate that it could feature Star’s drama with YouTuber James Charles, who was “exposed” by fellow beauty guru Tati Westbrook in one of the net’s biggest scandals to date.

As previously mentioned, this wouldn’t be Dawsons’ first foray into YouTube drama, by far: in fact, he is well-versed in the topic, coming off his viral deep-dive into the life of YouTuber Eugenia Cooney, who finally admitted that she suffered from an unspecified eating disorder during his interview.

With mere days left before the trailer dops, fans are waiting with bated breath for a glimpse of what Dawson’s labor-intensive series is all about. Get your popcorn ready – this is shaping up to be a wild ride!