Twitch star Tyler ‘Ninja’ Blevins announced on August 1 that he would be leaving the platform for its biggest rival Mixer, following an exclusive deal with Microsoft. He was one of the service’s biggest streamers, so his sudden move was a shock to the system for many.

‘The Room’ star Tommy Wiseau decided to follow suit and join the growing list of celebrities migrating onto the platform. 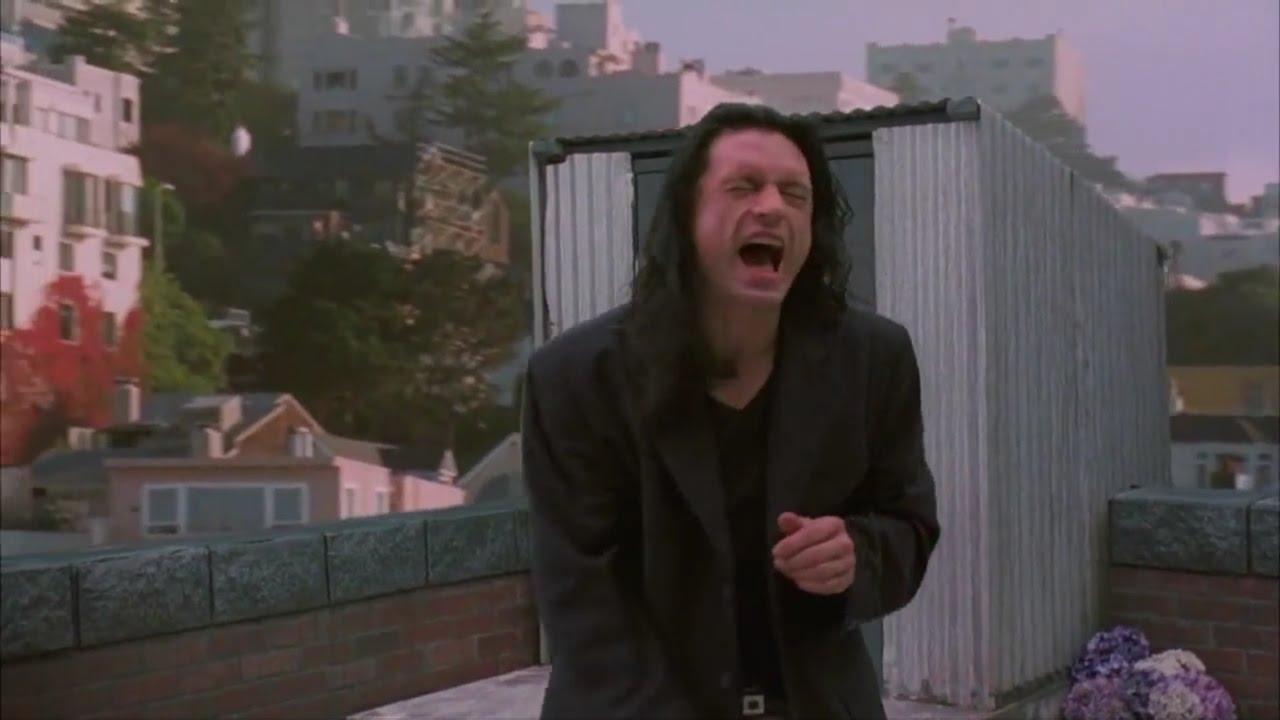 The Room is known as one of the “best worst” movies of all time.
[ad name=”article2″]

In a tweet on August 1, Wiseau announced he’d signed up for Mixer and would be streaming there from now on.

“Mixer” he tweeted simply, alongside a link to his new channel which also included a spin on one of the famous lines from The Room: “Oh hi mixer !”

At the time of writing, there is currently no indication as to what the actor will be streaming on the platform – whether it’ll be gameplay or just a place for him to talk to fans is unknown.

Wiseau’s fans were excited to see him join Mixer

Wiseau’s fans were ecstatic to see the movie star join Mixer, and replied to his announcement with messages of welcoming and jokes.

“Oh hi Tommy” one user tweeted. “This may hands down be the most beautiful thing I’ve ever seen.” another said. 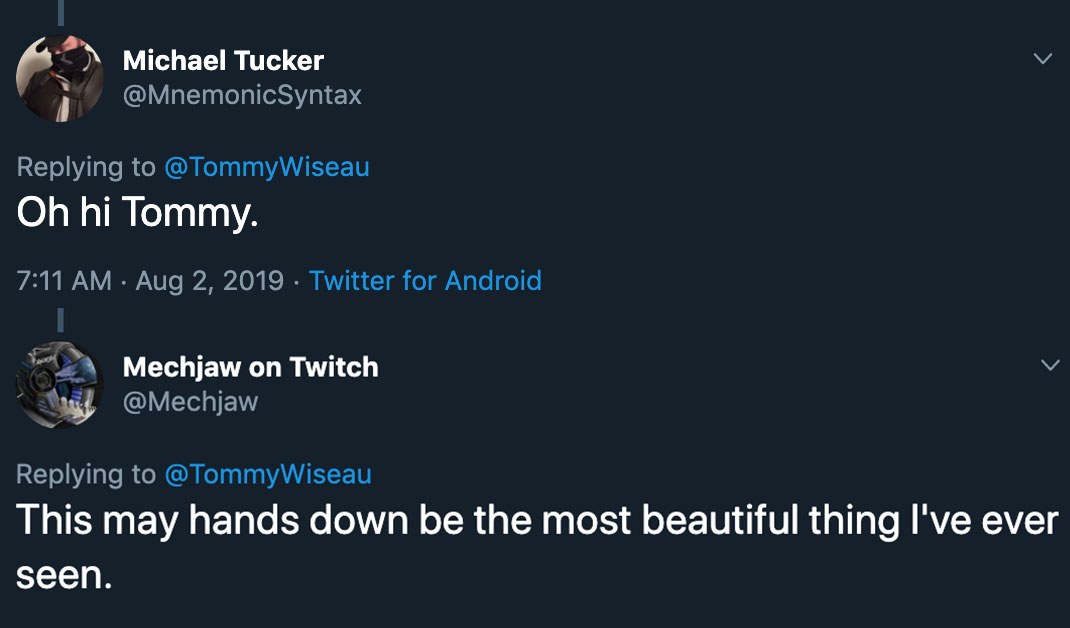 Others took The Room star’s announcement as an opportunity to bash Twitch, and said things like “LOL you know its bad when even tommy wiseau is leaving for mixer” and “L8r twitch”. 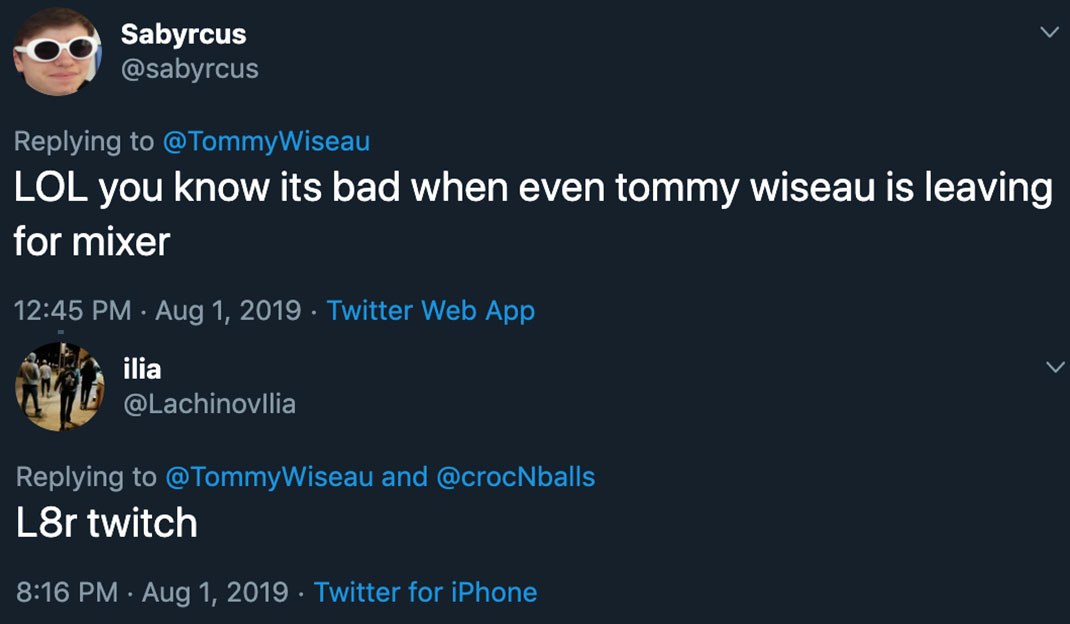 People took the opportunity to dunk on Twitch.
600[ad name=”article5″]

His Mixer signup even made its way to Reddit, where fans were excited to see him join the platform alongside Ninja.

Users commented things like: “I like how Ninja had a great big announcement and Tommy just says ‘Mixer’” and “Wow, kind of surreal to see Mixer grabbing Twitch’s biggest and most marketable star, and also getting Ninja.”

Both Ninja and Wiseau’s announcements shocked many.

Snoop Dogg is another celebrity on the streaming service, though he joined in early 2019. Could we see a Snoop x Wiseau collab in the future?