Update 12:54pm PT: The plane has landed safely, early indications that all passengers are safe. Emergency services are on site.

Update 12:35pm PT: The plane is set to land at a New York airport. Reports suggest emergency service vehicles and personnel are on standby.

Musician Post Malone is on his way to the United Kingdom this week, with a trip to the KSI vs Logan Paul boxing match on the agenda for Saturday night, but is having some dangerous travel issues.

A small jet reportedly carrying 16 people, one of whom is the ‘Rockstar’ artist, has blown its tires, and is currently circling the air in order to burn fuel for an emergency landing.

According to TMZ, the jet took off from Teterboro Airport, near New York City, just before 11am local time, when the pilot reported problems.

Fox News was told by the Federal Aviation Administration that the aircraft blew its tires when taking off, headed for Luton airport in London. 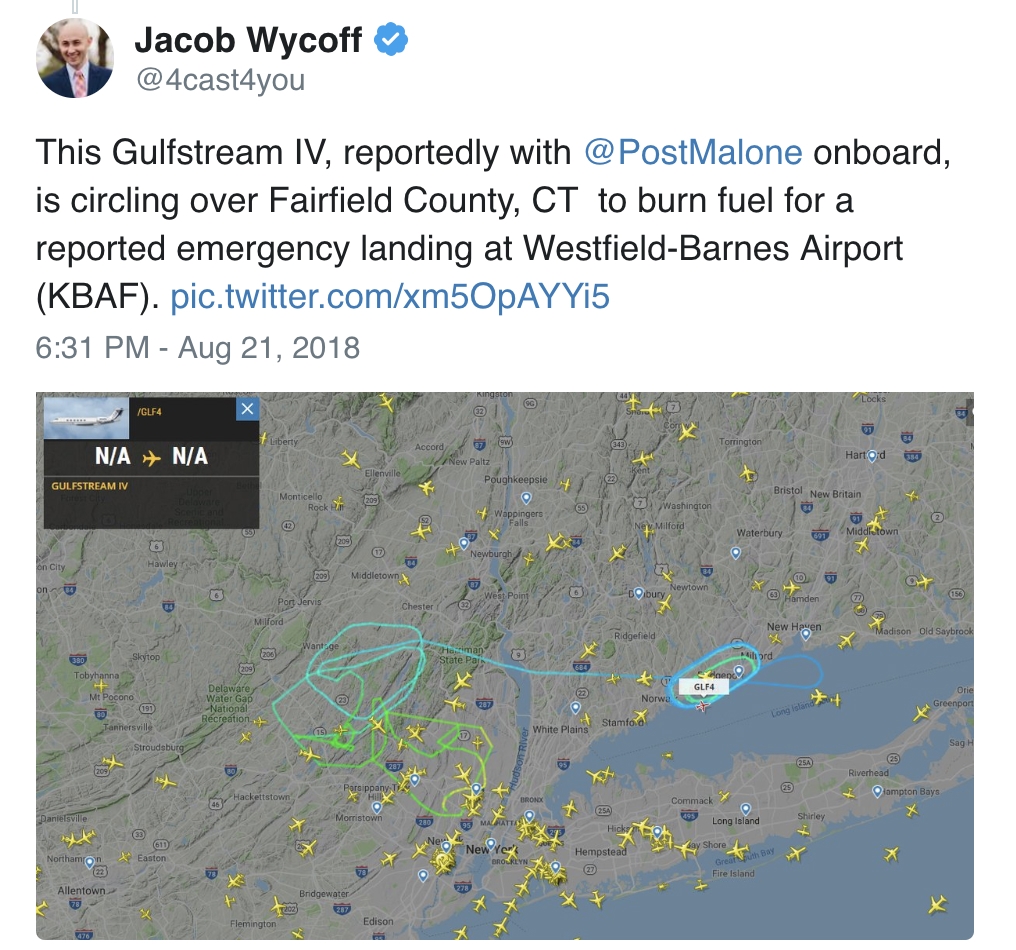 Post Malone has tour dates lined up in the UK, as well as attending the KSI vs Logan Paul boxing match on Saturday, August 25.

Heavily involved in the online entertainment community, he is known to be a big fan of YouTube and Twitch, so is an anticipated guest at the big fight.

The jet was reportedly set to land back at the airport in New Jersey, where preparations had been made, with ambulances at the ready.

But the aircraft will be now be diverting to Westfield-Barnes Regional Airport, MA instead. It is unclear how long it will take for the jet to land, or if it will impede on any of his tour dates or attendance at the boxing match.

Not only a rap and pop superstar, but also an avid gamer, Post Malone has played with content creators such as streamer and OpTic Gaming member Jack “CouRage” Dunlop, and is a fan of esports organization FaZe Clan.