As one of the internet’s most popular livestreaming platforms, Twitch sees a wide variety of content – including controversial pool and hottub streams, such as one held by streamer Pink Sparkles on May 16.

Pink Sparkles is known for being somewhat ‘revealing’ when it comes to her attire on stream, but has always embraced her provocative looks and the audience that comes with it.

Typically staying indoors and streaming a variety of games, the Sparkles chose to take her broadcast outdoors on May 16, ditching video games for the poolside. 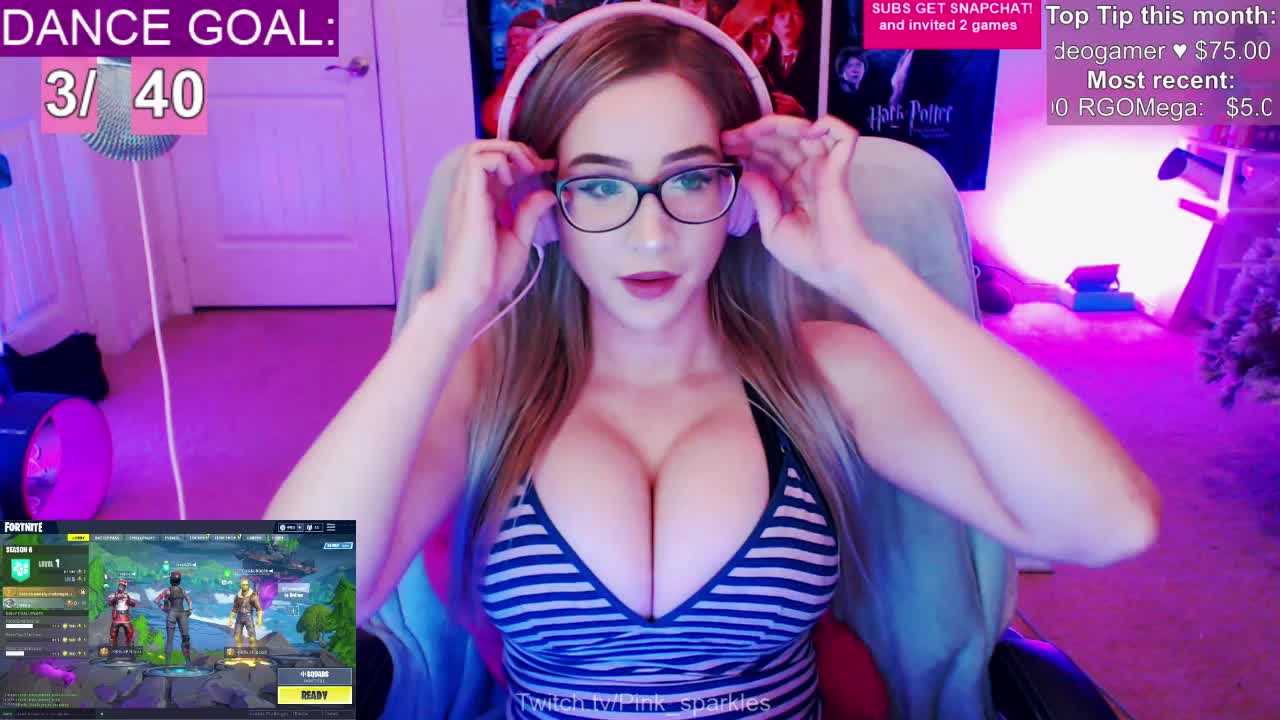 Pink Sparkles has amassed a large following on Twitch over years of streaming.

However, her stream wasn’t all sunshine and rainbows, despite the gorgeous weather outside; in fact, Sparkles felt the need to call out her viewers who  “objectifying” to being seen as a sexual object in her swimsuit.

Knowing her audience well, she presumed some of her thousands of viewers may have been enjoying the stream a little too much, exclaiming: “Hands on keyboards, chat!” she yelled. “Okay? I’m not [an] object. I object to this objectification. Okay? I object!”

Her objections are in stark contrast to fellow streamer ‘Savanasushi’, who demanded that viewers subscribe and donate – or else she would end her bikini-clad poolside stream.

Savanasushi was subsequently banned from the platform for the incident, so Pink Sparkles is perhaps trying to make clear that her streams are not for a similar purpose.

While Pink Sparkles has faced ample criticism for showing off her cleavage during her Twitch streams, she was also the target of harassment after a clash with her new roommates just a few days prior to her poolside “objections.”

After moving to an Austin streaming house in mid-April, Pink Sparkles was awoken by fellow streamer Mitch Jones, who’d returned from a late night of partying at 4 AM and resumed the festivities with a live broadcast of the action.

Understandably annoyed at being woken up at such a late hour, Sparkles can be heard yelling at Mitch to “shut the fuck up” during a clip from his stream, after which he acknowledged the hour and said that he should “probably be quiet.”

However, that wasn’t the end of the matter – Jones’s audience quickly took to the internet to harass Sparkles for her reaction to the late night partying, with some fans arguing that such activities are merely part of living in a streaming house.

“You’re pretty *** if you were expecting cozy silence for your sleep schedule when you’re in a streamer house that has many people on different sleep schedules,” one commenter wrote of the issue.

“She has streamed three hours in seven days,” another responded. “Why she is even there is beyond me.” 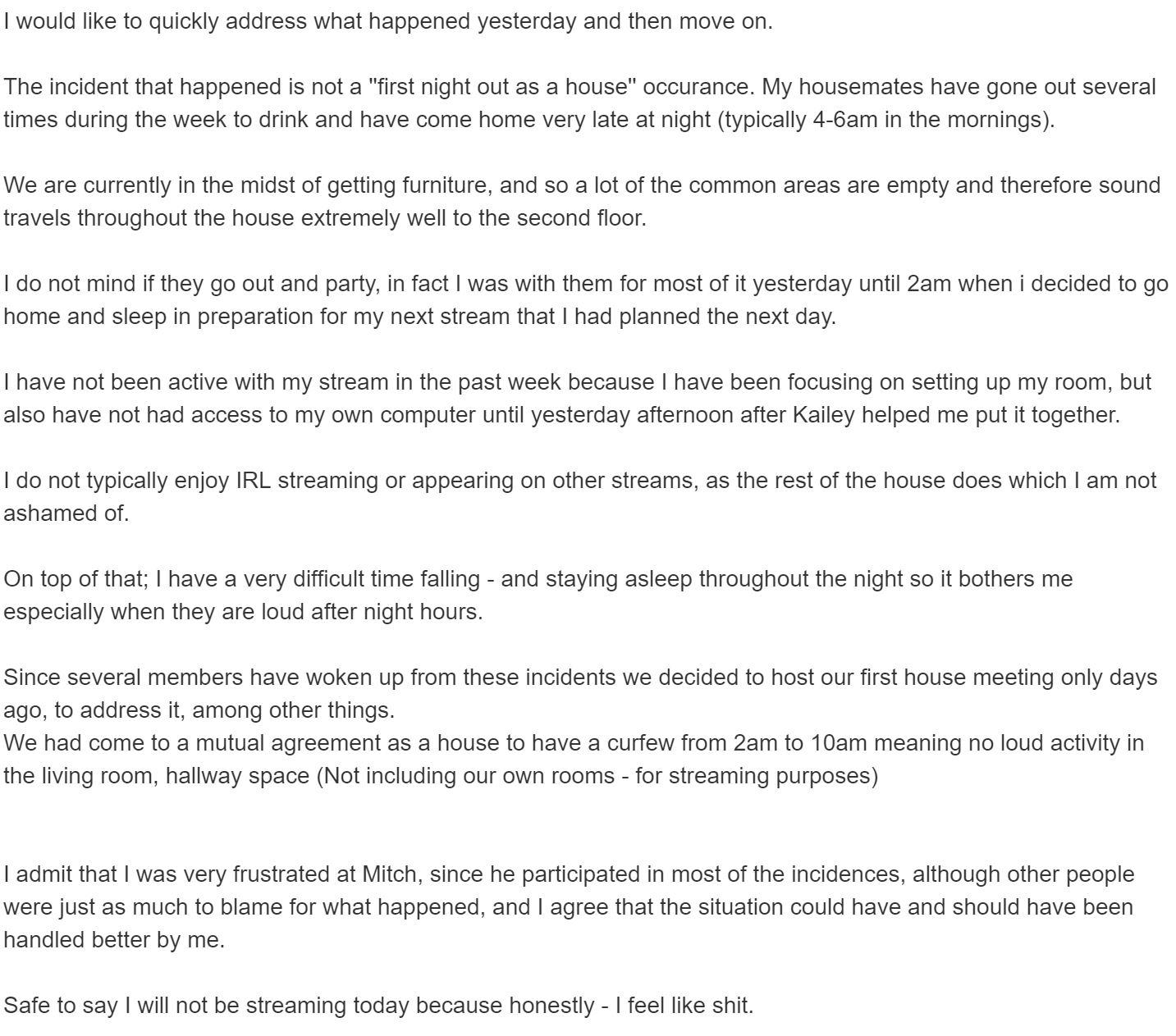 Sparkles has since come forward with a statement on the issue, explaining that the house recently agreed on a 2 AM – 10 AM noise curfew, while also admitting that the situation “could have and should have been handled better by me.”

Sparkles’ boyfriend, popular World of Warcraft streamer Asmongold, later defended her outburst in a stream, claiming that being quiet past curfew is “just good manners.”

Pink Sparkles is a popular female streamer on Twitch, bosting over 700,000 followers and counting.