The bizarre news surrounding Felix ‘PewDiePie’ Kjellberg continues to grow, as an A5 drawing of Sonic the Hedgehog that he jokingly listed on eBay, has received a bid for £10,000,000.

PewDiePie, the man behind the second most subscribed to YouTube channel in the world is never far from bizarre stories, recently sharing a ‘Snack Review’ with an Indian YouTuber who travelled to the UK to meet him. On May 4, PewDiePie tweeted that he would be putting an A5 drawing of Sonic the Hedgehog on eBay.

He said that: “It pains me to sell this that Ive hold on to for so long, but money is tight”. With an estimated annual salary of $12 million, we find it hard to believe that money is tight, but it appears fans are keen to aid him in his allegedly difficult financial situation.

https://t.co/DlfGPlTOCg
It pains me to sell this that Ive hold on to for so long, but money is tight

The picture of Sonic follows significant criticism surrounding the character’s design in the upcoming Sonic the Hedgehog movie, which even led to the film’s director publicly stating they would change his design. PewDiePie made a video entitled ‘Fixing Sonic the Hedgehog’, in which he made the image as a parody.

Since being made available on May 4, the eBay listing has received – unsurprisingly – significant attention. The bidding reached a moderate £10,000 within 10 minutes, but a bid of £1 million soon followed.

However, the £1 million bid did nothing to deter a mystery philanthropist, who put in a bid for £10 million. 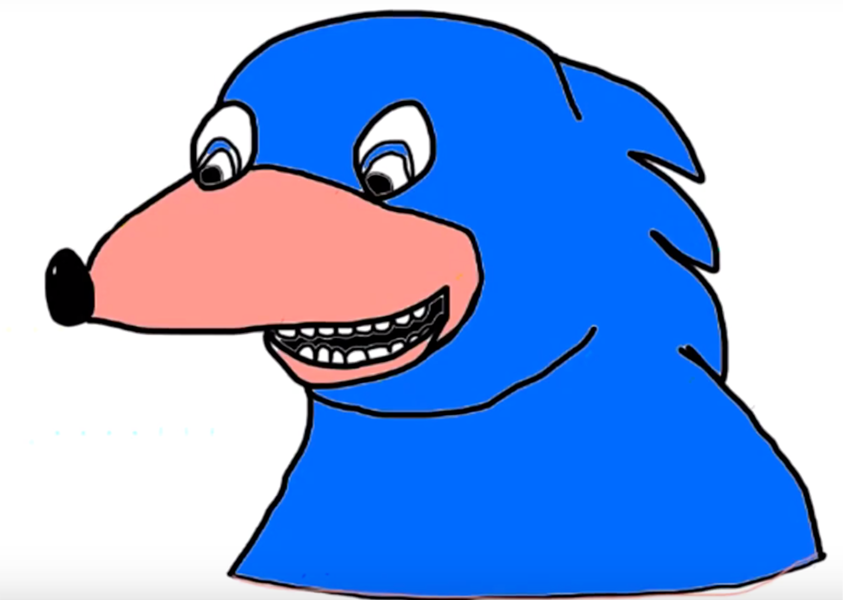 The bizarre drawing has received insane amounts of attention. 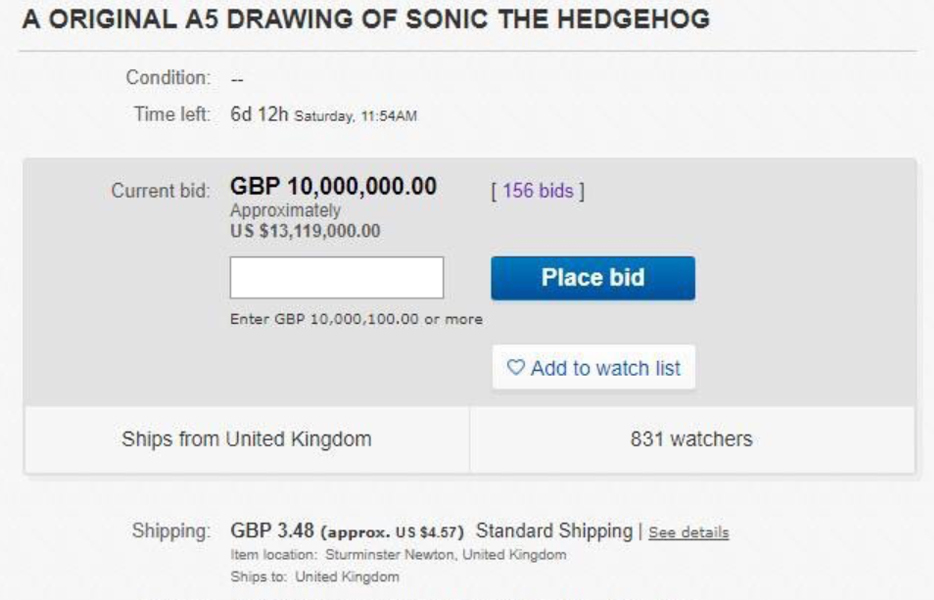 The £10 million bid, before the listing was removed.
[ad name=”article3″]

PewDiePie has since removed the listing from eBay, probably given the fact that the whole thing was a joke to begin with and he never expected such an incredible response.

He is yet to respond to the substantial amount of attention the listing received but, knowing PewDiePie, he will take it all in his stride.