Felix ‘Minecraft has taken the internet by storm, but the latest episode of his amazing adventure saw him wave a devastating farewell to his beloved horse, Joergen #2.

The YouTube star has fallen in love with the open world sandbox game, which lets players build, explore and fight creatures however they would like, with the only significant aim in the game being survival.

Not only has Pewds become obsessed with the game’s mechanics and features, he’s also become enamoured by the animals found in the game, capturing horses like Joergen #1 and #2, Sven the dog, and “Water Sheep,” a stray beast which got stuck in some water and lived their until it’s demise. 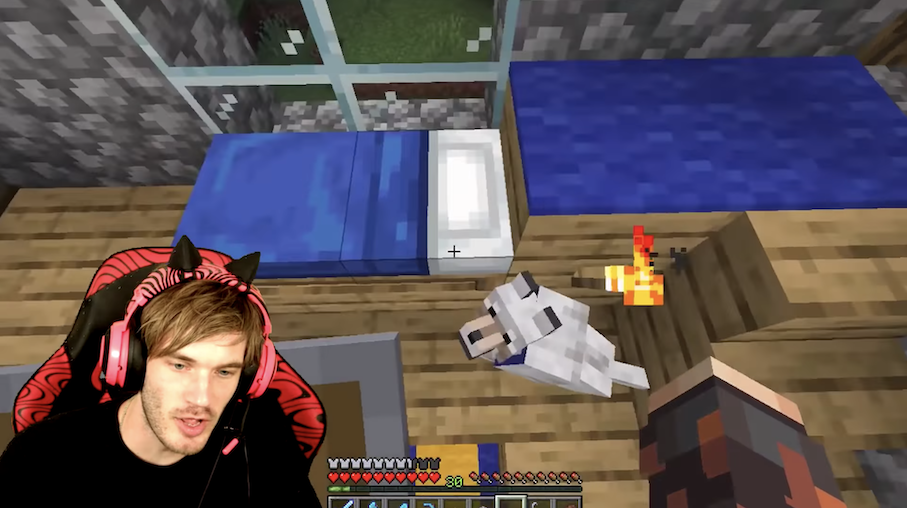 PewDiePie’s adventures in Minecraft has seen him befriend a number of animals.
[ad name=”article2″]

As you can guess, Joergen #2 was the replacement for the original Joergen, who perished when his head got stuck in an obsidian block after travelling back from the Nether, suffocating in the portal and dying.

Unfortunately, Joergen #2 suffered a similar cruel fate, although this time, the Swede will have to take some of the responsibility for the passing of his equestrian ally. Earlier in the video, released on July 24, PewDiePie almost killed the horse with a door that allowed him to exit his pen, closing it early and trapping him inside until he managed to rescue it.

Later on, the 29-year-old managed to get Joergen #2 into a cart, and sent him down into his mine using a railway system he had built. Tragedy struck once again though, as the roof wasn’t high enough for joergen, who started glitching through the blocks and met his untimely end.

Clip starts at 21:34 for mobile users

By the time PewDiePie finally reached the minecart, all that was left of Joergen #2 was his saddle, with the screen fading to black as the Swede tried to process the horrors he had just witnessed.

We don’t know how PewDiePie will honor the memory of his fallen comrade, but seeing as he built a massive temple to celebrate the life of Water Sheep, we can only imagine what crazy idea he will have in store for his next episode.