Sonic the Hedgehog is racing to the silver screen this November, but fans aren’t in love with the blue blur’s design for the film. Thankfully, YouTube king Felix ‘PewDiePie’ Kjellberg has come to the rescue… sort of.

PewDiePie uploaded a video on May 3, in which he drew popular characters from memory as requested by his fanbase – including Sonic the Hedgehog’s Hollywood look.

Kjellberg appeared to agree with audiences’ general consensus on the design, warning that he couldn’t “make this look any worse than it was in the trailer.”

PewDiePie went on to deliver an expectedly horrifying take on Sonic’s new appearance, admitting that he was “scaring himself” while drawing the character.

“I think what freaked everyone out was the fact that he had human teeth,” he said of the design. “At least, that’s what I was bothered by. There’s just something uneasy about having human teeth.” 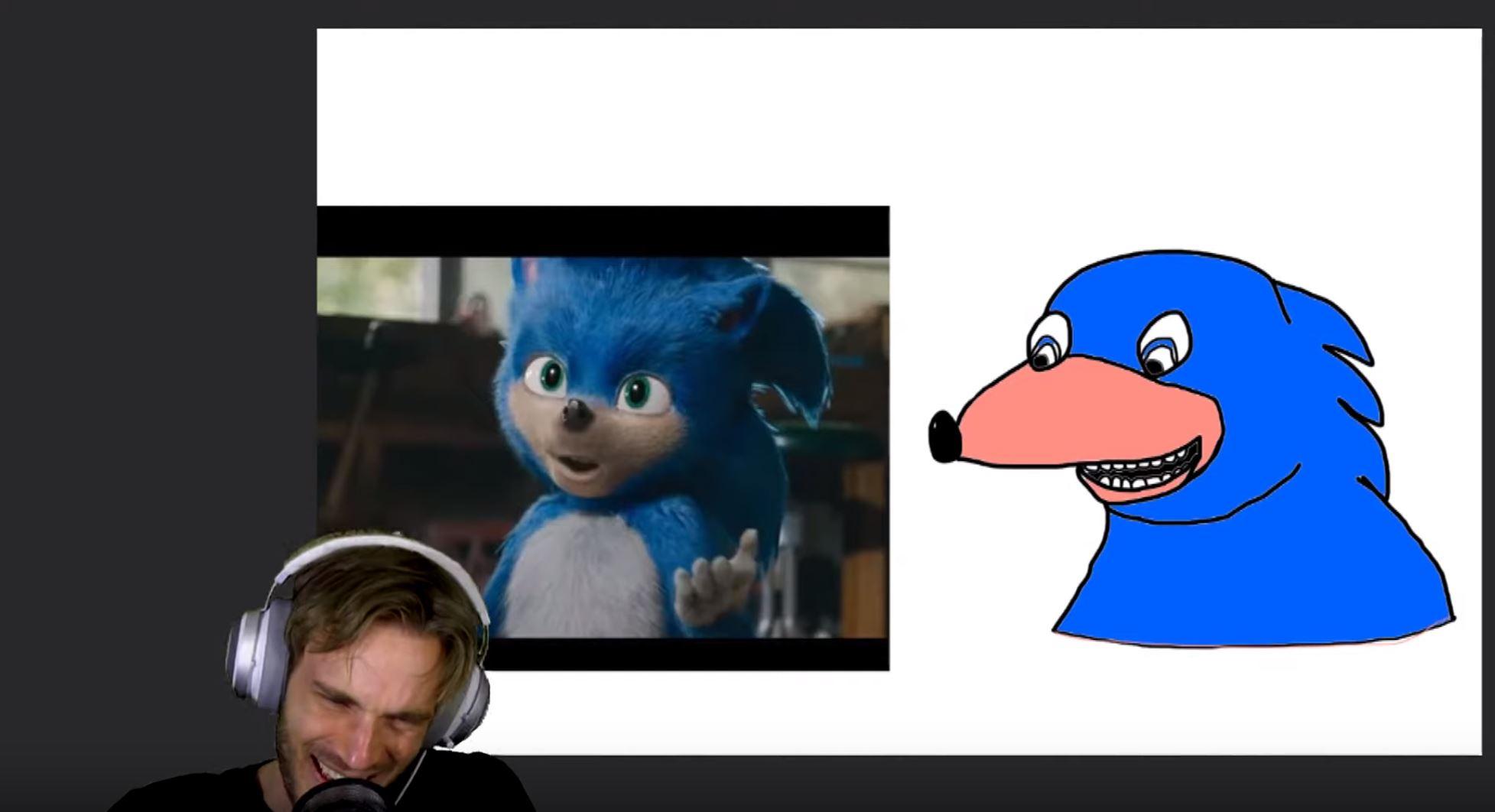 PewDiePie had a hilarious reaction upon seeing his own creation compared to Paramount’s take on Sonic the Hedgehog.
[ad name=”article3″]

The first trailer for Sonic the Hedgehog went live on May 1 and was met with understandably mixed reviews.

While many fans of the franchise declared that Jim Carrey, portraying classic villain Dr. Robotnik (or Eggman, depending on your preferred terminology), would be the film’s saving grace (a la Raul Julia’s M. Bison in the 1994 ‘Street Fighter’ film), others worried that a buddy cop premise could ultimately render the upcoming Sonic flick unwatchable.

Others argued the differences between Sonic’s movie design and those of Pokémon in the upcoming ‘Detective Pikachu’ film, with some fans claiming that live-action renditions of classic video game characters are bound to fall somewhere within the uncanny valley.

However, Sonic’s design has since been scrapped, thanks to widespread fan outrage.

Director Jeff Fowler published a Tweet on May 2 assuring fans that Sonic would undergo a serious makeover before the film went live, claiming that “everyone at Paramount & Sega are fully committed to making this character the BEST he can be.”

Thank you for the support. And the criticism. The message is loud and clear… you aren't happy with the design & you want changes. It's going to happen. Everyone at Paramount & Sega are fully committed to making this character the BEST he can be… #sonicmovie #gottafixfast :wrench::victory:️

Despite this seemingly welcome turn of events, fans were then concerned about the possibility of “crunch” for the film’s art and animation teams, prompting a swift change to the ‘#gottafixfast’ hashtag to ‘#nottoofast.’

I know there's more than just "fixing" something. There's thousands of handshakes and contracts that go into a production like this. Nonetheless, I still believe it should be delayed for the health of the team. Six months is not long enough.#gottafixfast #nottoofast #SonicMovie pic.twitter.com/nw18z8zdnr

Sonic the Hedgehog releases in theaters on November 8, 2019.