As YouTube’s most-subscribed creator, Felix ‘PewDiePie’ Kjellberg has seen mass support in his ongoing war against Bollywood music label T-Series – but their famed battle might be coming to an end.

Kjellberg uploaded an emotional, four-minute-long video to YouTube on April 28, where he claimed that he wants to end the ‘Subscribe to PewDiePie’ meme that has taken over the internet in response to his feud with T-Series.

Kjellberg explained that the meme had become more than just a humorous tagline to support his channel, citing the vandalized World War II memorial in his name – as well as the words uttered by the Christchurch shooter on March 15. 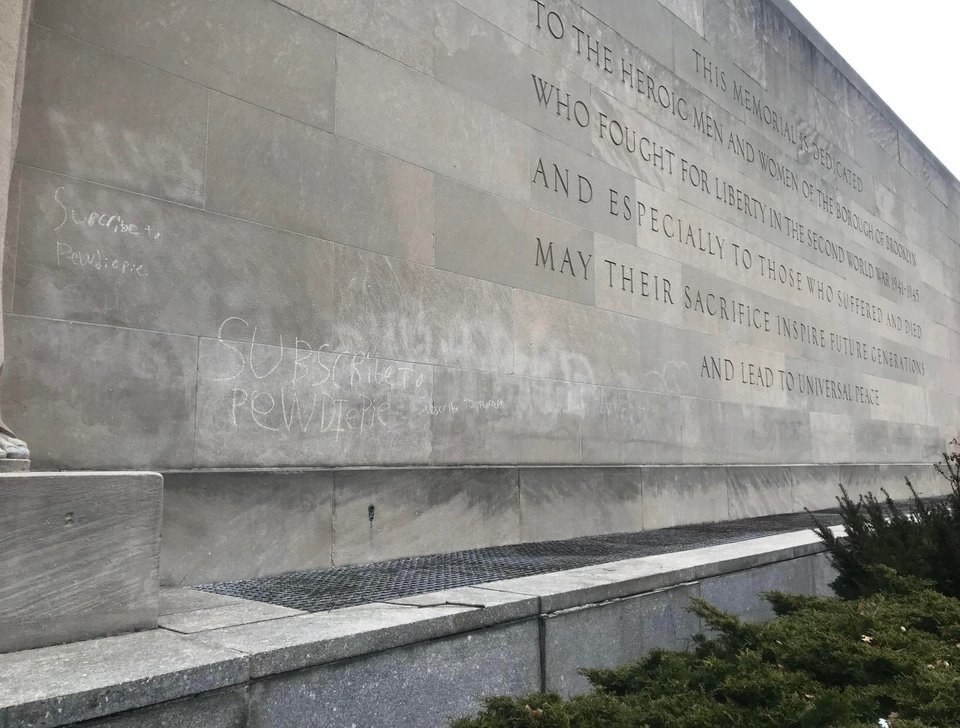 Overeager fans of PewDiePie defaced the Brooklyn War Memorial in Cadman Plaza Park, writing ‘Subscribe to PewDiePie’ on the monument with a rock in early March.
https://www.dexerto.com/entertainment/pewdiepie-fans-take-t-series-youtube-competition-too-far-vandalize-wwii-memorial-436729

Explaining his decision to end the meme once and for all

“To have my name associated with something so unspeakably vile has affected me in more ways than I let show,” Kjellberg admitted, going on to explain that he hadn’t addressed the issue outside of Twitter out of respect for the victims, as well as to avoid giving attention to the terrorist.

“To put it plainly, I didn’t want hate to win,” he continued. “But it’s clear to me now that the ‘Subscribe to PewDiePie’ movement should have ended then. …This was all made to be fun. It’s clearly not fun anymore. It’s clearly gone too far.”

Kjellberg likewise addressed T-Series’ court order to have his diss tracks ‘Bitch Lasagna’ and ‘Congratulations’ removed from the platform altogether, claiming that he will leave the videos blocked in India out of respect for how things have gone “too far” with the meme.

PewDiePie went on to address accusations of white nationalism associated with the ‘Subscribe to PewDiePie’ movement, vehemently denouncing any claims of racism and stating that he “doesn’t support “any form of “racist comments or hate to anyone.”

However, Kjellberg made sure to note that he feels “incredibly lucky” for his supporters and how far his channel has managed to grow during his feud with T-Series, claiming that he doesn’t want his race to 100 million subscribers to be about “beating another channel.”

PewDiePie’s nearly six-month-long feud with the label has finally come to an end, following the release of Kjellberg’s ‘Congratulations’ diss track in late March, alongside the combined efforts of fans, YouTubers, and celebrities around the world.