The battle between YouTube king Felix ‘PewDiePie’ Kjellberg and Bollywood label T-Series continues to escalate – but one fan may have found a major loophole in their race to 100 million subscribers.

PewDiePie showed a Discord conversation between two fans in his subreddit during an episode of ‘LWIAY’ on April 25, one of which claimed that T-Series wouldn’t be the first channel to reach 100 million subscribers on the platform.

Instead, it looks as if YouTube’s ‘Music’ category has achieved that milestone ahead of both channels, sitting at over 105 million subscribers – rendering T-Series’ eventual “victory” null and void. 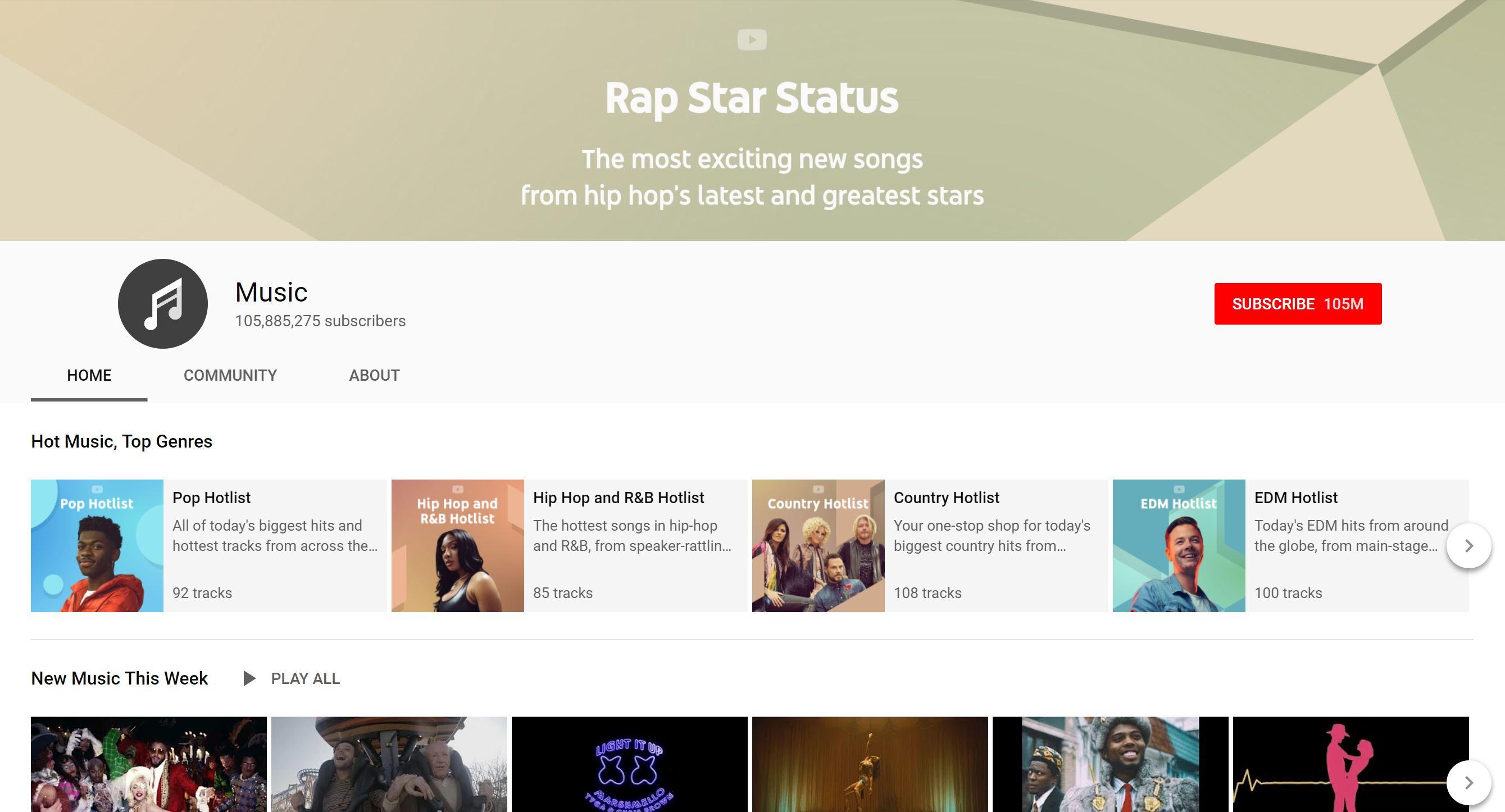 While T-Series might be the most-subscribed corporate channel, YouTube’s ‘Music’ category holds a record number of 105 million subscribers – rendering it the largest “corporate” channel on the site.
https://www.youtube.com/channel/UC-9-kyTW8ZkZNDHQJ6FgpwQ

PewDiePie’s reaction to the “loophole”

Thus, T-Series wouldn’t be the first corporation to reach such a milestone, making PewDiePie the very first independent YouTuber to hit 100 million subscribers on the site.

Despite his seemingly guaranteed victory, Kjellberg appeared to doubt the reality of reaching such a milestone, as shown in his humorous reaction to the news.

“Holy heck, guys, this changes everything!” PewDiePie jokingly said of the development. “‘Oh my god, we win by default’ – but we still have to hit 100 million.”

T-Series made a major comeback despite the success of PewDiePie’s ‘Congratulations’ diss track in late March, and now sits at a whopping 950,000 subscribers above Kjellberg as of April 25. 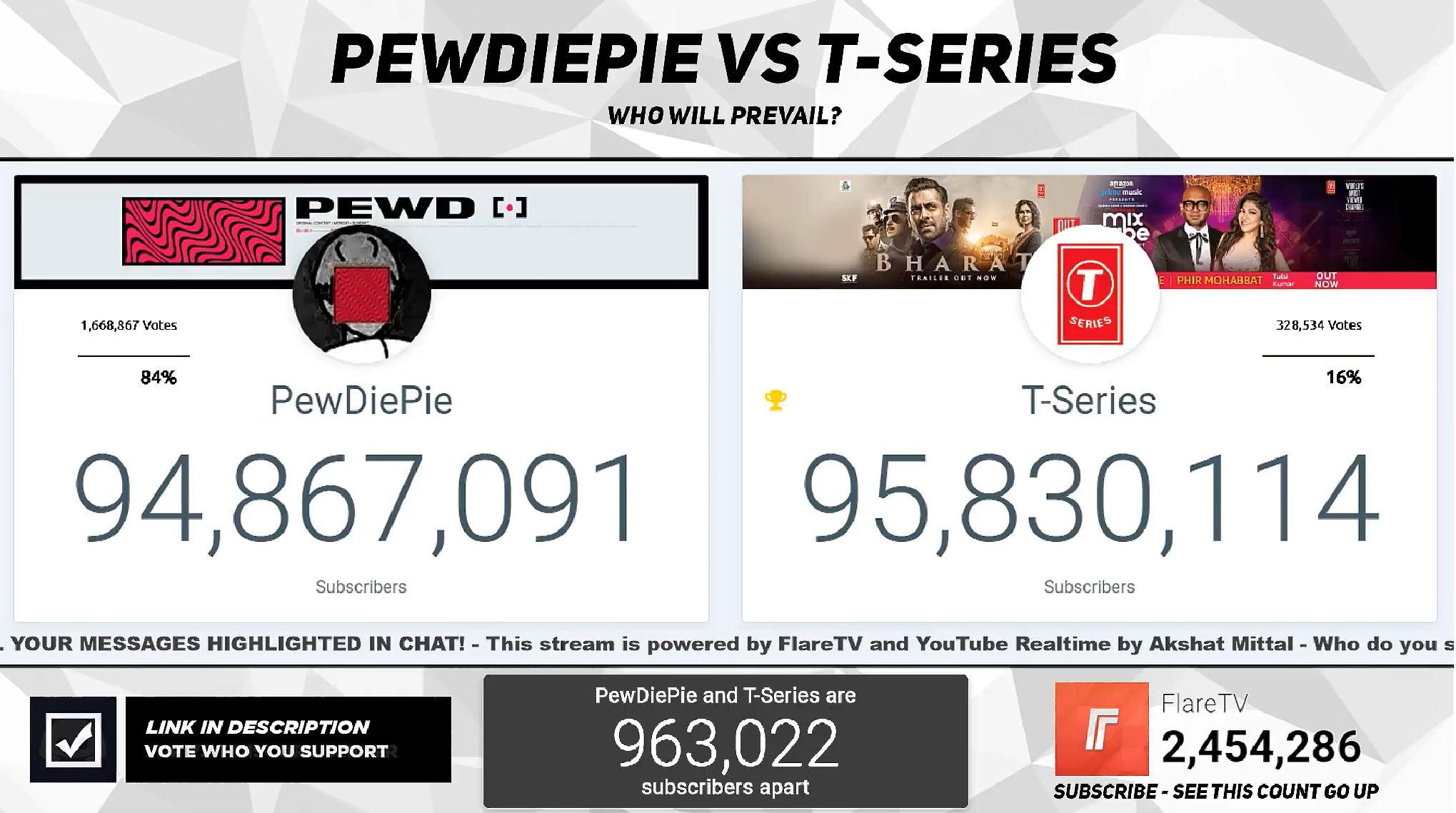 T-Series is currently outranking PewDiePie in terms of subscribers, after the YouTuber received a substantial boost by Jake Paul’s visit to the label’s headquarters in late April.
https://www.youtube.com/watch?v=UVxU2HzPGug

In fact, T-Series pursued a court order against the YouTuber in an effort to remove his diss tracks from the platform for good – and even blocked the songs altogether in India.

T-Series’ legal action likely has to do with PewDiePie’s accusations as stated in ‘Congratulations,’ where he accused chairman Bhushan Kumar of having ties to the Indian mafia and dug up allegations of sexual assault against the director (which were dropped in early 2019).

That’s not all; PewDiePie likewise accused T-Series of getting its start by providing pirated songs – a claim that T-Series called “abusive, vulgar, and also racist in nature“ in their alleged court order against Kjellberg.

Jake Paul steps in to help

Although Paul didn’t actually end up infiltrating the company’s main building, his presence (wearing a ‘Subscribe to PewDiePie’ T-shirt, no less) boosted Kjellberg above T-Series in a big way.