YouTube king Felix ‘PewDiePie’ Kjellberg released his ‘Congratulations’ diss track against T-Series in late March – and the song is already competing with major names in the music industry.

Now, PewDiePie’s song boasts over 6.1 million likes (as opposed to Post Malone’s 5.6 million likes) – and the YouTuber has decided to take their musical competition a step further.

“We absolutely did it,” PewDiePie said of the development during an episode of LWIAY on April 19. “Now, if we could just hit one billion views. No problem. Easy-peasy. One billion. That’s easy!”

Battle of the view counts

‘Congratulations’ even pales in comparison to the most-viewed video on PewDiePie’s channel, ‘Bitch Lasagna,’ which boasts over 183 million views and counting.

Last week on ‘PewDiePie vs T-Series’ 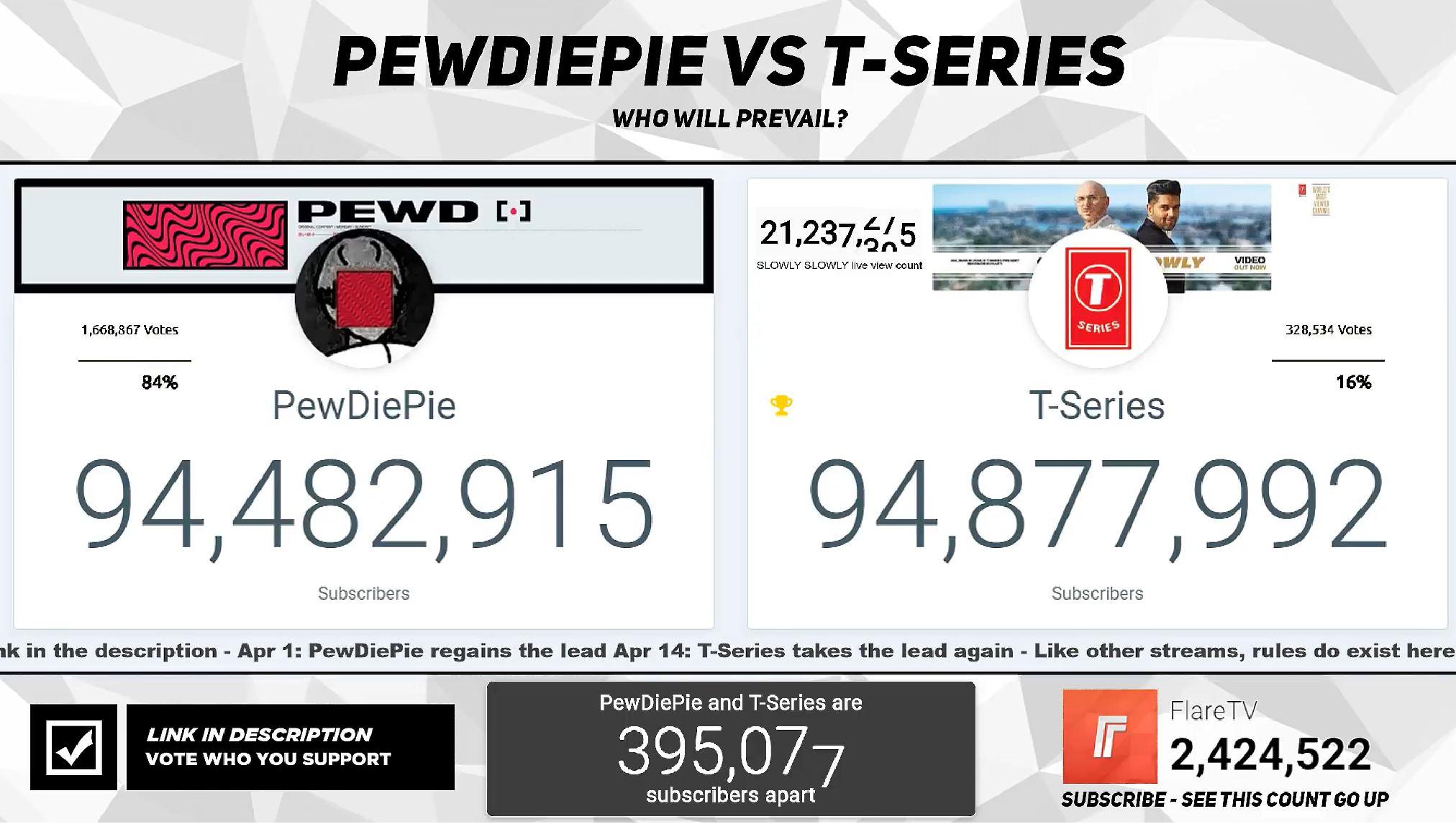 While PewDiePie’s ‘Congratulations’ diss track skyrocketed him to the top, the YouTuber is now falling behind T-Series at a rapid pace – leading some fans to believe that this could be the end of their race.
https://www.youtube.com/watch?v=UVxU2HzPGug

T-Series previously looked set to surpass PewDiePie in late March, just ahead of ‘Congratulations’’ release; in spite of their massive sub gap, the song managed to skyrocket Kjellberg to the top, leading to a victory that lasted for weeks.

Since then, the label has taken legal action against PewDiePie, pursuing an alleged court order to have his diss tracks removed from YouTube – and have even banned the videos in India altogether. 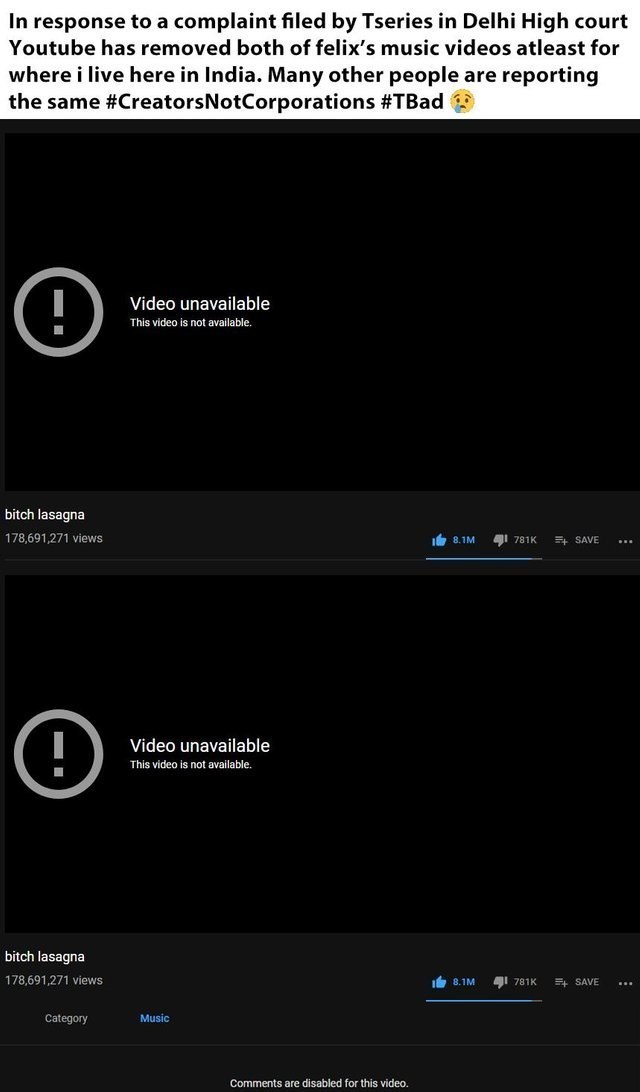 PewDiePie’s ‘Congratulations’ and ‘Bitch Lasagna’ diss tracks have been suppressed in India, after T-Series pursued an alleged court order to have the videos removed from YouTube altogether.
500https://www.dexerto.com/entertainment/pewdiepie-youtube-diss-tracks-reportedly-blocked-in-india-after-t-series-court-order-536916

Although PewDiePie is falling behind the label, that isn’t stopping him from his goal; considering the major comebacks he’s managed in the past, there’s no telling what’s next in store for their epic YouTube battle.