That wasn’t the only instance of animal mistreatment documented during her broadcasts, either: footage later surfaced of Alinity feeding her cat vodka through a kiss during an older stream, sparking backlash across the net.

Even animal rights organizations like PETA and the SPCA have taken action in light of the controversy, with the latter stating that a “formal cruelty complaint” has been filed with the organization due to her actions.

The outrage against Alinity has grown so great that a petition has even been published asking for Twitch to ban the streamer from their platform, with the author, Cai Samuels, claiming that “Twitch has a clear bias and they favor women streamers.”

As of writing this article, the petition already boasts over 11,600 signatures, smashing the original 5,000 – and supporters are not shy about airing out their grievances concerning Alinity’s actions. 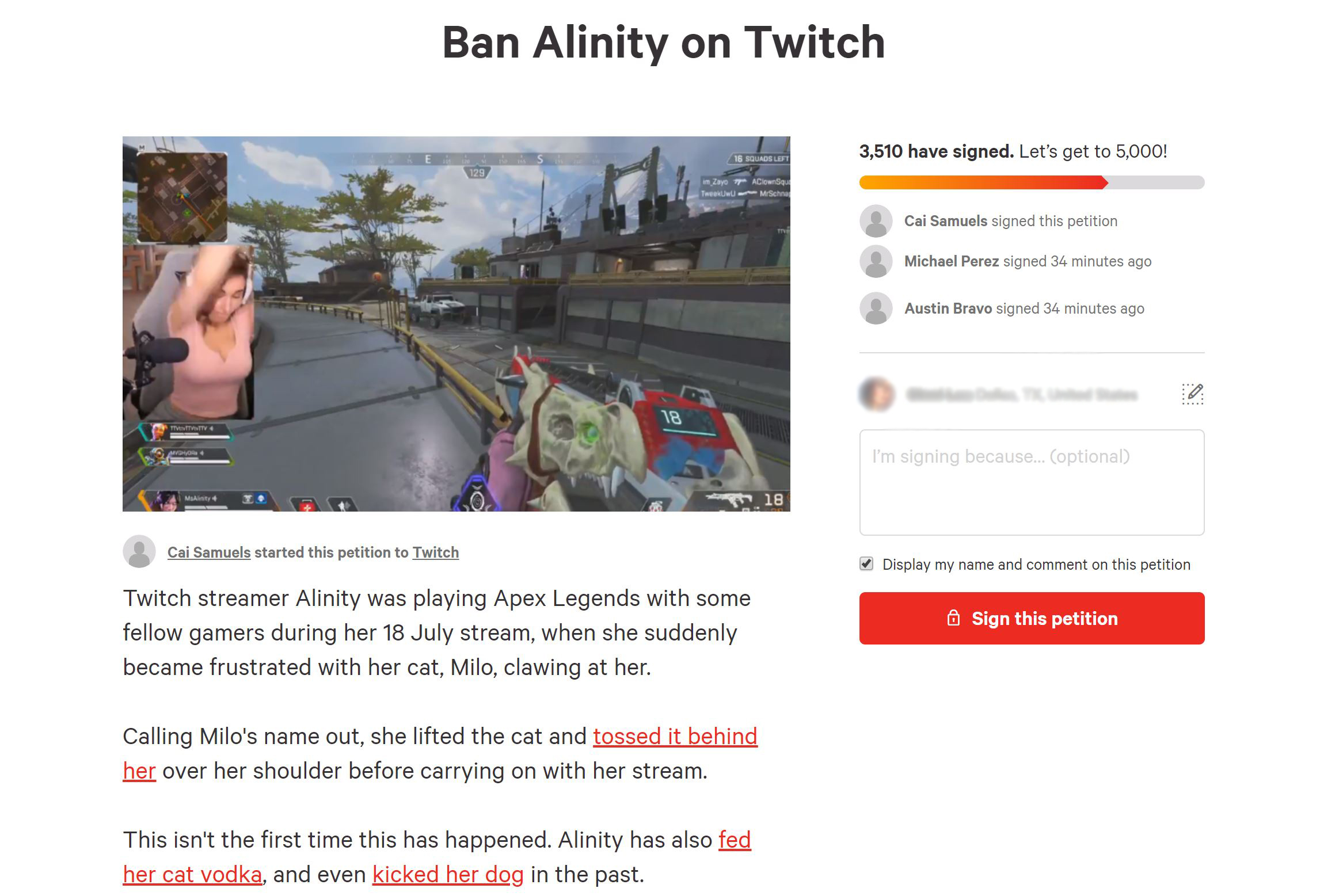 Fans are lashing out against Alinity’s actions by signing a petition asking Twitch to remove her from their platform.

“Really not a debate at all,” one user wrote of the scandal. “Not only is what she’s doing wrong, but with Twitch NOT taking action, it’s sending a message that this is OK. Disgusting.”

“She has consistently shown a lack of care with regards to her animals, other streamers, audience and so on,” another wrote. “When your priority is views and you lose sight of common decency, you need to have someone step in and remind you that your pedestal is fragile and should be built on integrity.”

Even other popular Twitch streamers spoke out against Alininty’s behavior, with the likes of Imane ‘Pokimane’ Anys calling the cat-tossing drama “messed up.”

“She did deadass yeet the cat,” Pokimane said during a July 20 stream. “That’s messed up! Especially because you can’t see what’s around her.”