Popular Overwatch Twitch streamer and YouTuber twomad told fans he had been permanently banned from Twitch on Tuesday, April 23.

Twomad has almost 1,000,000 subscribers on YouTube and was a popular streamer on Twitch before being banned.

Besides Overwatch, twomad played Fortnite and other games with viewers on the streaming platform, but it doesn’t seem like he’s going to let the ban slow him down. 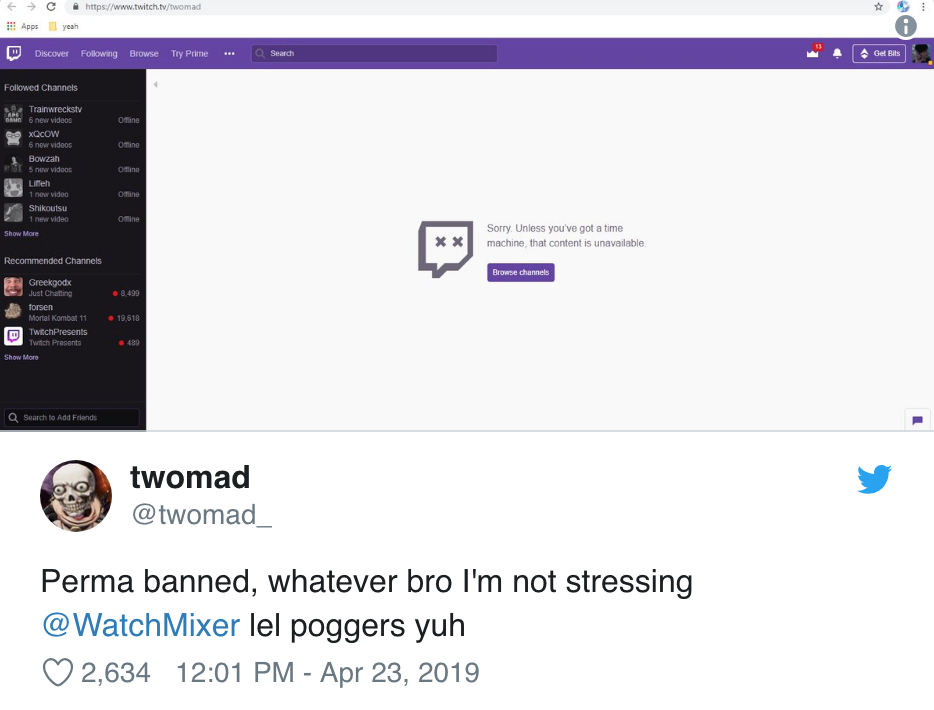 Why was twomad banned?

On Tuesday April 23 twomad posted a screenshot of his unavailable Twitch channel and informed fans he had been banned from the streaming platform.

Exactly why he got banned is still unknown but several users on Twitter thought it could be because twomad went onto video chat site Omegle while streaming.

Omegle isn’t mentioned specifically in the Twitch TOS, but the site’s random video chat is notorious for obscene content, which definitely violates the rules. 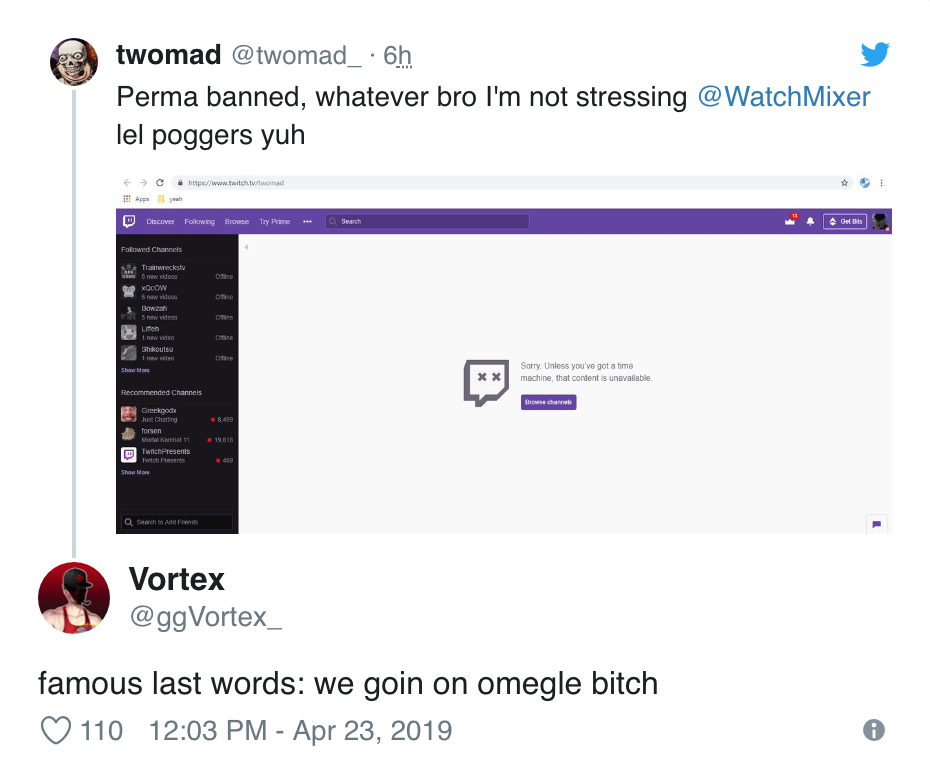 Is Twitch cracking down?

In just the last week we’ve seen Twitch streamers receive bans for everything from blackface on stream to using their phones in inappropriate ways.

On the same day as twomad got banned another Twitch streamer named TF Blade was also banned after Twitch censors mistook his pronunciation of “negative” as a racial slur.

Another streamer, Calebhart42 was banned after Discord messages that showed him using offensive, racist language.

There has been a lot of controversy in the past about what some streamers are able to get away with, or what others are punished for and based on the last week alone it doesn’t look to be going away anytime soon.