Twitch streamer Novaruu labelled fellow broadcaster Invader Vie as “manipulative” and “arrogant” after playing a clip of the popular streamer lashing out at viewers who criticized how she dressed.

Both Novaruu and Invader Vie are popular figures on the broadcasting platform, with Vie celebrating hitting 1 million views on Twitch on April 29, less than six months since she first started streaming.

While Vie has seen great success on the platform, she has also faced criticism from viewers who blast the way she dresses, saying that her attire is too revealing and that’s how she has received such rapid growth in a short space of time. 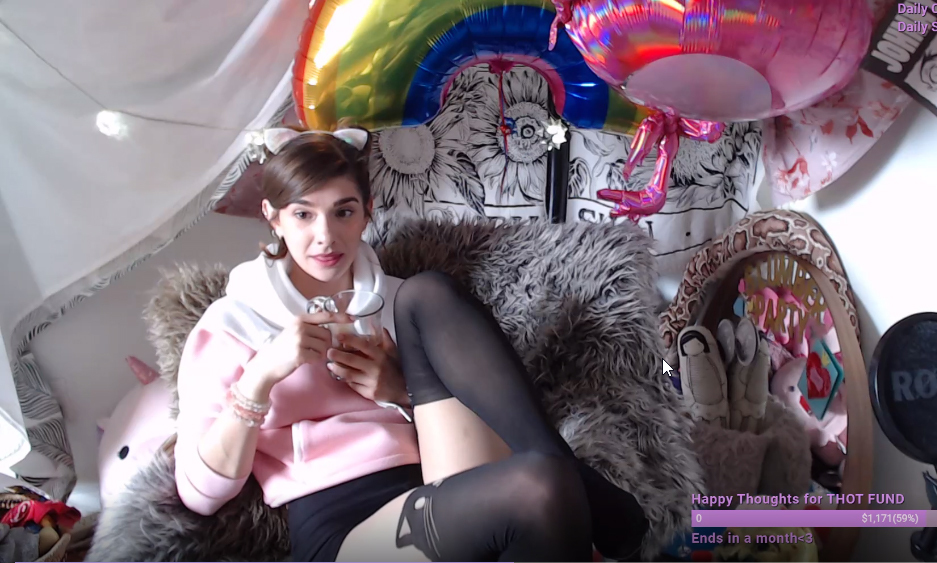 Invader Vie has been accused of dressing provocatively to gain attention.
[ad name=”article2″]

In a segment cut and edited by a viewer, which was taken from her April 29 broadcast, Novaruu decided to play a clip taken directly from one of Invader Vie’s stream, where she hit back at people in her chat who were criticizing her.

In the clip, Vie can be heard saying: “Any time someone comes in and says you’re a slut or a whore – I hear this shit every day. Do you not think that I realize what I put on my body before I get on and stream? Do you think I’m just some naive baby in the woods? Do you think I got to fifty thousand fucking followers by accident?”

After asking her audience what they thought, Novaruu gave her own take, stating: “Any time she wears shorts or anything revealing, her chat shits on her to the point where she snaps, which is understandable. I’m just curious as to what your thoughts are in that clip, because honestly, I was a little disgusted.”

“I like Vie, I’m just saying this. I thought saying that was manipulative and a little arrogant, and it left me a little disgusted and unhappy that she said that.”

Neither Novaruu or Invader Vie have made any further comments on the clip, although Novaruu reiterated that she didn’t want to start drama, and she does like Vie, stating that she understands why she often responds angrily to those criticizing her.

We’ll be sure to update this post as any new information or reactions become available.