Ninja reveals he constantly worries about falling off the top spot

In an in-depth interview with ESPN The Magazine, Twitch Streamer Tyler ‘Ninja’ Blevins has revealed he worries about losing his status as one of the most well-known video game personalities in the world.

In the interview, Ninja explains his anxiety about not being number one usually comes when he’s not at home streaming.

“When I’m not streaming, I have time to reflect on all the growth, and I don’t like that,” Ninja tells ESPN’s Elaine Teng. “I’m like, ‘I haven’t played a celebrity in a while. I haven’t done something big in a while. Is it because I’m slowing down?’” 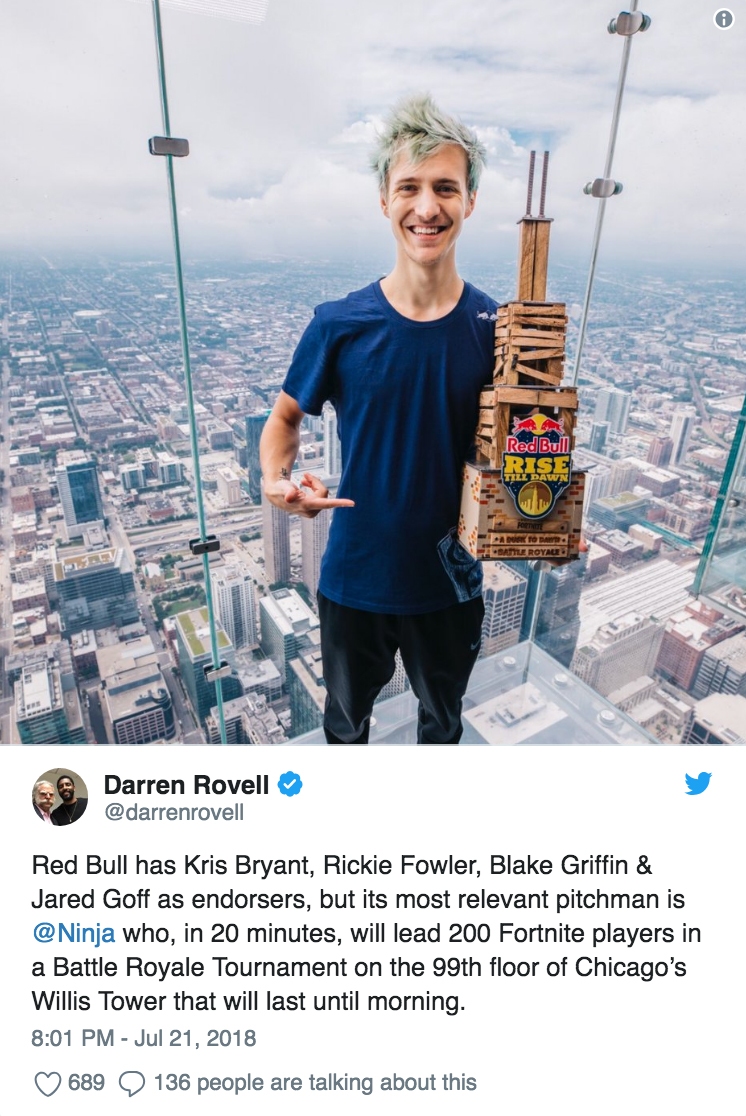 This deep-dive into the life of Ninja will be featured as the cover story of ESPN The Magazine’s October Gaming Issue.

For a man who streams an average of 12-hours a day, every second not spent streaming or deviating from his normal routine could lead to tens of thousands of dollars in lost income.

“The more breaks [streamers] take,” he says, “the less they stream, the less they’re relevant,” Ninja reflects during the interview.

Despite his fears, it doesn’t seem like Ninja’s sun is setting anytime soon.

Last Friday, during the Call of Duty Black Ops 4’s Blackout private beta, Ninja reached a peak viewing audience of 271,000 viewers. Not a Twitch record, but definitely one of the most-viewed broadcasts in Blackout and on Twitch that week.

He’s confident he can continue to be successful too, even if he were to move away from Fortnite, the game that brought him to where he is today.

“I can 100 percent compete at the top level in every game that I play,” Ninja told Teng towards the end of the interview.