Twitch streamer Tyler ‘Ninja’ Blevins made his second appearance on The Tonight Show with Jimmy Fallon on April 23, as the two discussed Ninja’s influence in the gaming community, even going as far as to draw comparisons to Michael Jordan.

The TV host, whose late night show regularly exceeds 2 million viewers, posed the question to Ninja after getting him to explain Twitch to his unfamiliar audience. “A lot of people call you the Michael Jordan of gaming,” said Fallon. “I know it’s a lot of pressure. When you hear that, what do you think?”

Fallon’s comparison to Michael Jordan is flattering in the least, as Jordan is often regarded as the best basketball player of all time, as well as having done incredible amounts for the basketball community. 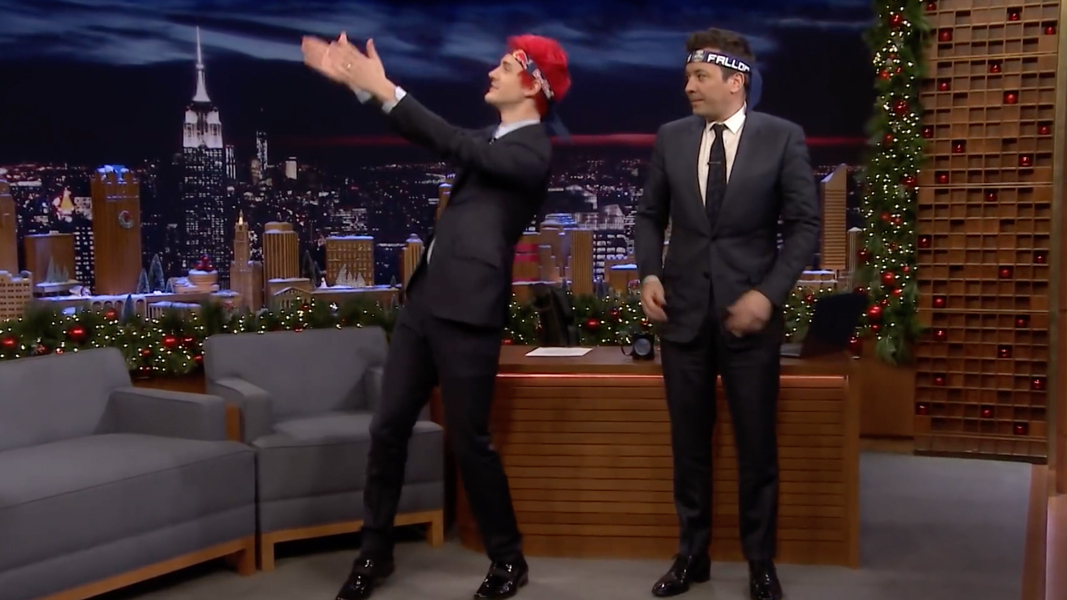 Blevins immediately looked surprised by the comparisons, explaining that gaming is not as big as basketball, but that “if anyone else was going to call me that, I’ll take the compliment.”

“For what Michael Jordan did to basketball,” continued Ninja, “he brought it to a whole other level, and changed the shoe game as well. That’s exactly what I want to continue to do with gaming.” He went on to convey his desires to transcend and promote gaming in a similar way to which Michael Jordan is perceived as advancing basketball.

Ninja’s aims to promote the profile of esports even further seem to be on the right track, as he now has two appearances on Fallon’s show in just 5 months, a previously unprecedented achievement by a member of the gaming community.

Ninja’s modesty in response to the statement highlights his belief that he still has a long way to go to reach the level of Michael Jordan.

Fallon’s comparison is likely to stir up some controversy, as Jordan is often seen as unparalleled in the way in which he impacted upon the sport of basketball. One YouTube commenter even said: “Michael Jordan of gaming… America is doomed”.

Away from comparisons with other sporting legends, Ninja revealed that his three favourite games ever are Final Fantasy XI, Legend of Legaia, and Halo 2, the latter of which drew cheers from the studio audience. The two also enjoyed a game of Super Smash Bros. Ultimate, which Blevins won comfortably.