Tyler ‘Ninja‘ Blevins might be a pro at Fortnite, but he just couldn’t click with Minecraft during the first week of Daniel ‘KEEMSTAR‘ Keem’s Minecraft Monday.

KEEMSTAR’s Minecraft Monday kicked off today, with internet personalities such as Jimmy ‘Mr Beast‘ Donaldson, and ‘DolanDark’ taking part. The event pits all sorts of YouTubers, streamers, and influencers together as they try and earn the most points.

While the event was a succes with a whopping 400,000 viewers at its peak, Ninja just could not click with the game, and ended up leaving after playing just four games. 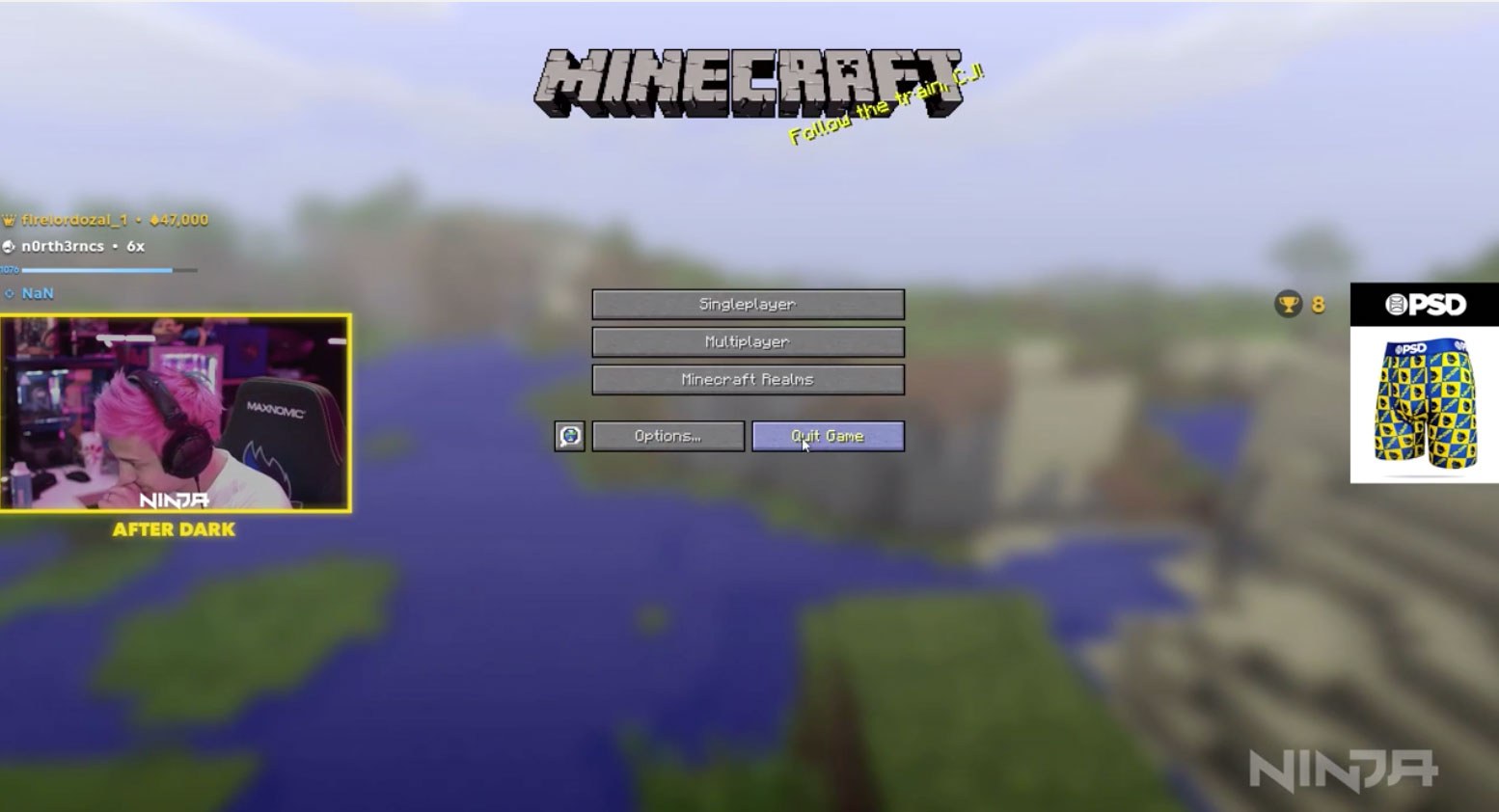 What made him quit?

While teamed up with MrBeast, the pair discovered a chest with a block on it, making it extremely difficult to open. The scuffle to open it caused his teammate to die, but not before Ninja got extremely frustrated, stating, “it won’t let me open it!” MrBeast tried to explain that it was because of the block, but ended up getting stabbed to death.

“WHY IS THERE A CHEST WITH A BLOCK ON THE TOP?” MrBeast exclaimed bewilderedly. Ninja replied frustratingly with “What the F is going on, man?! Come on, dude!”

“That’s so dum- I’m not watching this game,” the Fortnite pro uttered in defeat before exiting out of the game. “I’m out, that’s it, that’s my last one, dude. I can’t. I can’t do it anymore.”

He then thanks his viewers for watching and supporting Minecraft Monday, and explained that he’s “tapping out.”

It’s easy to see why Ninja got frustrated, seeing as the pair died quickly in every game they played, and just couldn’t seem to mesh well with it – anyone would get annoyed at that.

Luckily, KEEMSTAR wasn’t bothered by his exit, tweeting, “Thank you Ninja & MrBeastYT! Ninja had to Dip he’s running no sleep but still showed up to support [hashtag] MinecraftMonday.”

The Fortnite pro replied to the DramaAlert host, admitting that he needed to have more practice with Minecraft, but enjoyed it all the same.

MrBeast then responded to that with a simple “Same.”

You can’t be mad at the dude for trying, and honestly, the best part of the whole thing was watching him and MrBeast having fun together.