Ever since moving to Mixer, Tyler ‘Ninja’ Blevins has promised to engage even more with his fans, and on August 30 he joined a team in a squad fill and managed to clutch out a victory after two of them disconnected.

Ninja has taken steps to close the gap between him and fans since moving to Mixer and has tried to find a way to engage with them like never before. On August 11, the Fortnite star posted his phone number on Twitter, allowing his fans to text him directly.

Continuing in that spirit, he decided to play with random players again in the battle royale, by doing another squad fills video, and he made one fan’s week with an epic clutch win.

Ninja teamed up with fans

Ninja uploaded a video to his YouTube channel on August 30, where he joined up with random squads looking for an extra team member. “More squad fills, because it’s fun, it’s awesome, and I actually enjoy filming these and making these,” he said.

Upon entering a match, the random players in his squad were thrilled. “Ninja? No freaking way!” one of his new teammates exclaimed. “You aren’t playing around are you? Oh my god, I literally watch you every single day!”

As Ninja was directing his team where to drop, one of his squadmates said “I was just watching your squad fills the other day!” to which Ninja replied “Let’s go, dude! What are the odds bro!? Let’s get it!” in an effort to pump the squad up with encouragement. 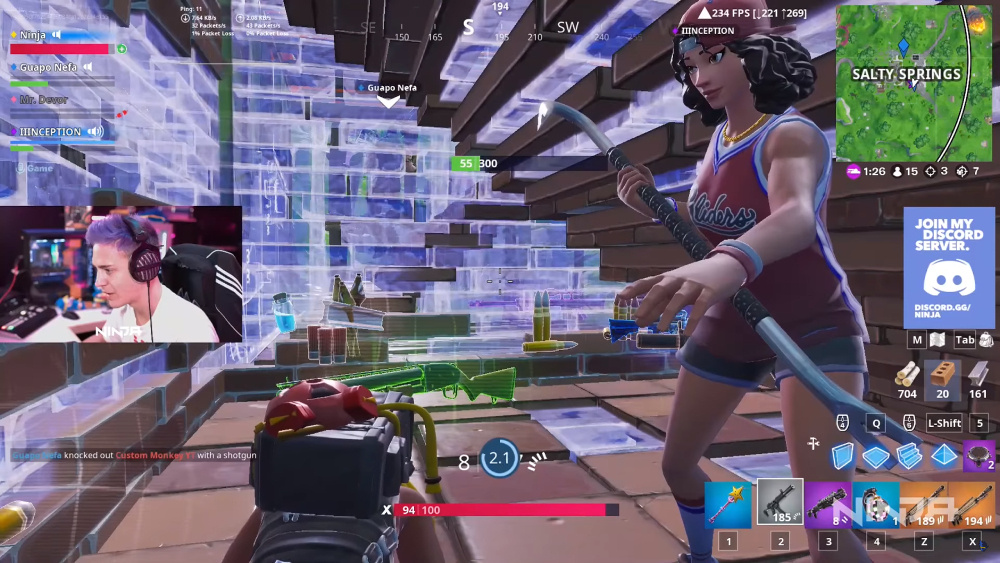 Ninja’s teammates stepped up to the plate, and kept him alive.
[ad name=”article3″]

Despite Ninja being higher skilled then his squad, they continued to pull through for him the when Fortnite star got knocked down in a close battle.

Swooping in, teammate ‘IIINCEPTION’ jumped the person that was about to kill him, and brought the enemy down. “Oh yes, Inception!” Ninja screamed in elation.

As he was being revived, his other squadmate continued to hold things down to protect them, before Ninja realized that they had lost a person. “Mr. Devor disconnected!?” he asked, before one of his teammates replied “Yeah, he disconnected about 10 minutes ago.” 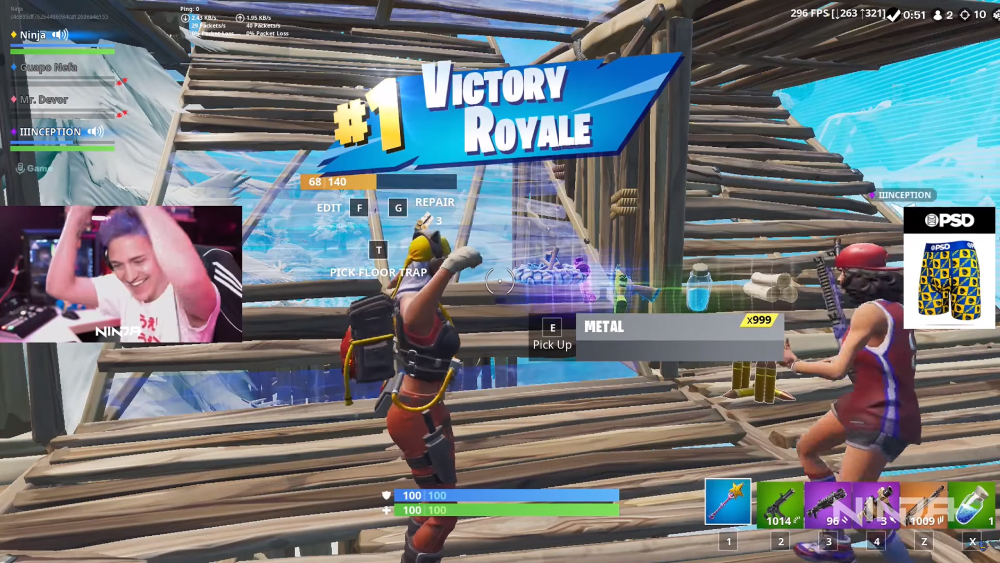 Already down in numbers, Ninja was shocked when they suffered another blow, after another person also disconnected, leaving only him and IIINCEPTION left to try to bring victory for their squad. “Guapo disconnected too! Bro, I think it might be us as a whole squad!” the Mixer star said in disbelief.

Undeterred, the Fortnite pro and his teammate pushed to the end, and they managed to clutch out a victory after an intense battle where they coordinated their attacks together.

“Let’s go, bro! Oh man we did it, yo the clutch, GG man! Get it! Have a good rest of your weekend, man! This is what you like to see! Two disconnects, and no problem, man! Me and my boy Inception clutched it, baby!” Ninja screamed in celebration.

Ninja promised that he would be doing more of these kinds of videos in future, with the next one being a duos fill.