Superstar streamer Tyler ‘Ninja‘ Blevins has reached a whopping 1 million subscribers on Mixer, putting him in line to earn a very hefty sum of money.

Ninja’s recent switch from Twitch to Microsoft’s streaming platform Mixer has been a very successful one so far, to say the least.

The Fortnite icon surpassed 1 million active subscribers on August 6, a total that has simply never been seen before on any platform where subscribing isn’t free.

“Today we hit 1,000,000 active subscribers on Mixer,” he tweeted. “Thank you for all of the incredible support. I haven’t felt this good in a long time.”

What’s more, he managed to hit the achievement after just five days of streaming on Mixer, three of which were live from the Lollapalooza music festival in Chicago, Illinois.

Today we hit 1,000,000 active subscribers on mixer ^-^ thank you for all the incredible support. I haven't felt this good in a long time. pic.twitter.com/kdLgBJk0Ud

It’s worth pointing out that that none of these subscriptions were paid for by users, since Mixer offered one month free in honor of Ninja’s highly-publicized switch to exclusively stream on the platform.

However, that likely won’t stop the online celebrity from earning a huge payday as a result of his now-enormous sub count, according to Mixer’s official pay structure.

The platform charges $5.99 per sub, 47 cents of which go to fees for third party services, leaving $5.52 of revenue. If the brokered deal was even for a 50% split, that means he will earn over $2.5 million for August, and that’s if he doesn’t get any more subs for the rest of the month.

Of course, the details of deal between the two parties remain hidden, and may never actually be revealed, so it’s not clear how much he really is due to make, especially considering that all of this month’s subs were free. 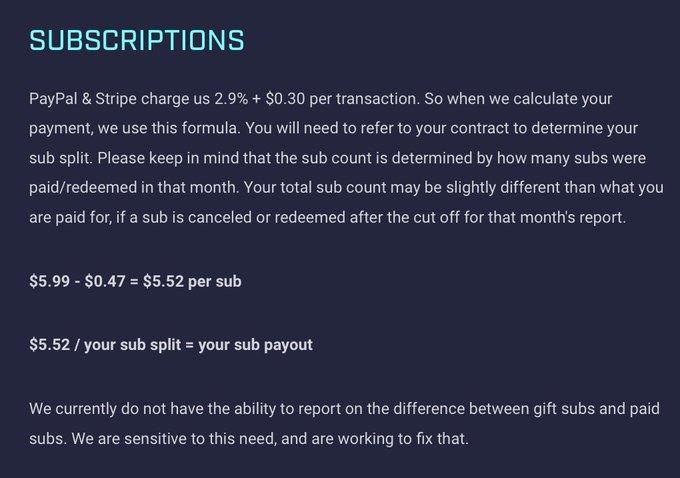 While reaching a million active subs is quite an accomplishment, and something that may never happen again, it doesn’t come as a huge surprise considering how explosively Ninja started on Mixer.

In fact, before he had even launched his inaugural stream, the former Halo pro managed to hit an astounding 250,000 subs, all in anticipation of his first broadcast.

Whatever path his newfound partnership with Mixer ends up following, some might say that these early successes have already made everything worth it for both sides.