Ninja has a challenger for fastest growing channel on Twitch

Despite many seeing Tyler ‘Ninja’ Blevins as the face of Twitch, he’s got some competition when it comes to the fastest growing channel on the platform.

Ever since Fortnite Battle Royale exploded in popularity in early 2018, Ninja has been enjoying his time at the top of the viewership charts on an almost daily basis.

Ninja was one of the first streamers to really feel the effects of the game’s popularity, hitting his peak in the Spring when he racked up over 200,000 subscribers on Twitch.

While Ninja was rising to success, FaZe Clan’s Turner ‘Tfue’ Tenney was also exploding into the scene on the back of some incredible performances during the popular ‘Friday Fortnite’ tournament series.

As Ninja’s subscriber and follow count has started to average out after such amazing highs earlier this year, Tfue has continued blowing up with no end in sight.

After beating out Ninja in total followers gained a couple weeks back, Tfue has once again held onto the mantle with another solid week of followership. According to TwitchMetrics, Tfue has gained close to 145.000 followers in the last seven days, while that number sits at around 125,000 for Ninja. 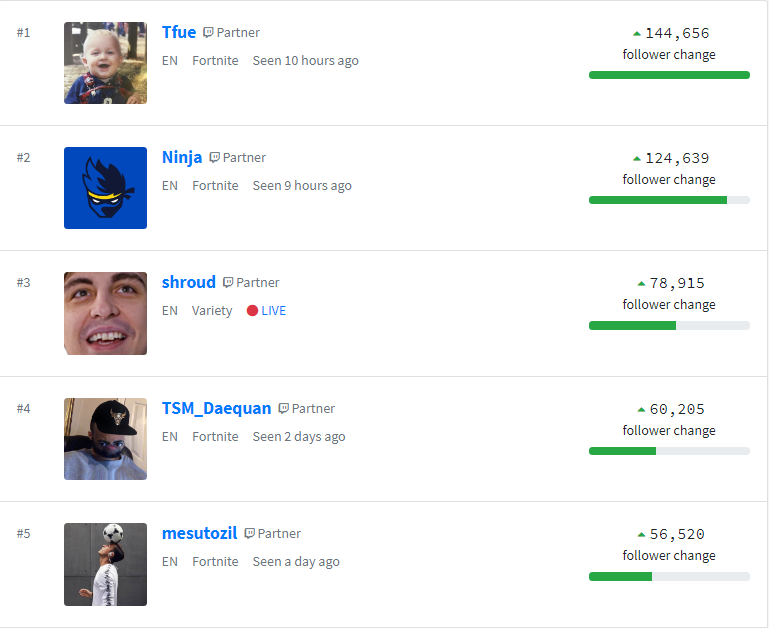 Tfue might be slowly gaining on Ninja on that front, but it’s unlikely that he’ll be able to catch up with Ninja in terms of total followers and overall hours watched, though.

With 11.8 million followers on Twitch, Ninja managed to pull in 4.8 million hours watched over the last seven days, coming in second only to Riot Games, who managed 7.2 million due to the 2018 LoL World Championships currently taking place.

It’s not time to count Tfue out, however, as despite having almost nine million fewer followers at 3.1 million, Tfue racked up an impressive 3.4 million viewer hours in the last seven days. 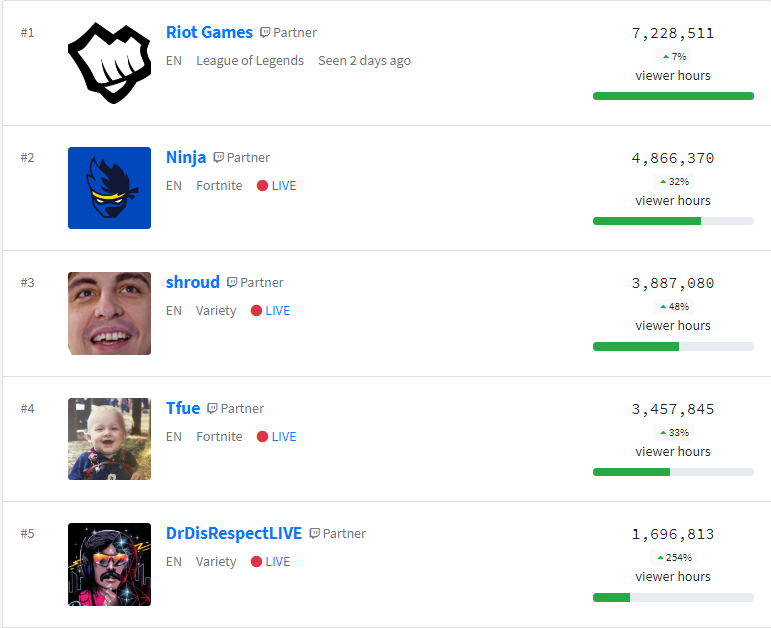 It might be a while before Tfue reaches Ninja level’s of popularity with an appearance on Ellen, but Tfue could certainly get there one day if he continues this level of growth.