Twitch streamer Tyler ‘Ninja‘ Blevins says he “doesn’t understand” YouTube after his video of him eliminating Turner ‘Tfue‘ Tenney in a game didn’t get as many views as expected.

Ninja had expected his May 7 video entitled ‘Ninja gets revenge on Tfue‘ to rake in the views, given the appeal of both players and the ongoing battle the pair have for battle royale dominance.

Luckily for the streamer, his paycheck doesn’t really rely on YouTube as much as it does for others who make videos full-time. However, his Tfue video still racked up over a million views in only 24 hours. 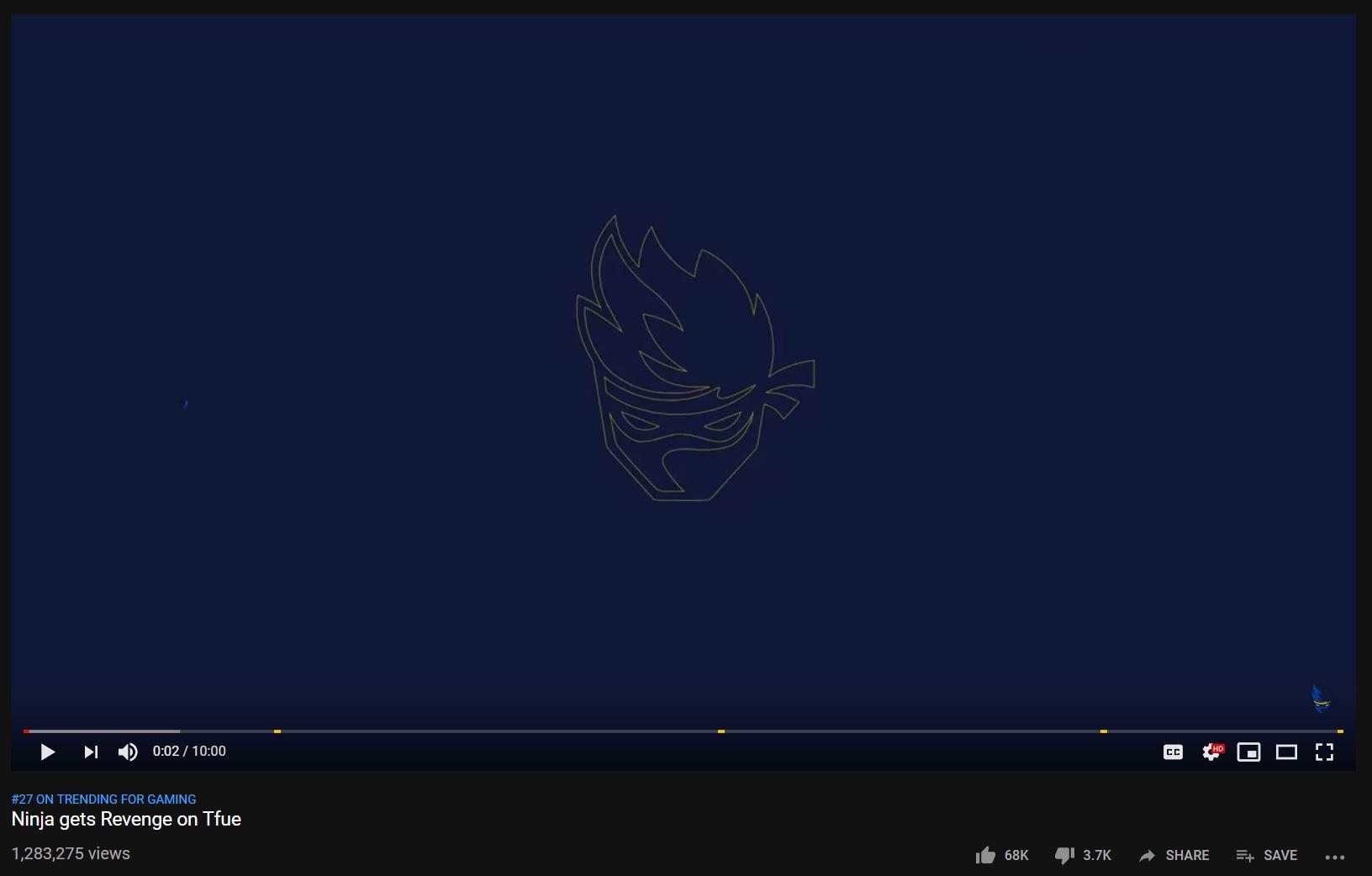 Ninja’s Tfue video has over 1 million views – but he was expecting better.

Ninja had the perfect moment for a video, him eliminating Tfue – one of the few streamers who can rival his popularity – in a tournament setting.