Twitch superstar Tyler ‘Ninja‘ Blevins is no stranger to being stream sniped but he feels that video game developers put too much of the burden in preventing it on the streamers.

Stream sniping is often just what comes with streaming to thousands of people a day. There are things streamers can do to help prevent this like checking if their game has a “Streamer Mode” or even putting a delay on the stream.

Putting a delay on a stream will stop the real-time chat interaction which is something not all streamers want to deal with, which means the onus is on video game developers to do something. Ninja argues it should be easier to stop streaming sniping and thinks the developers could certainly do more. 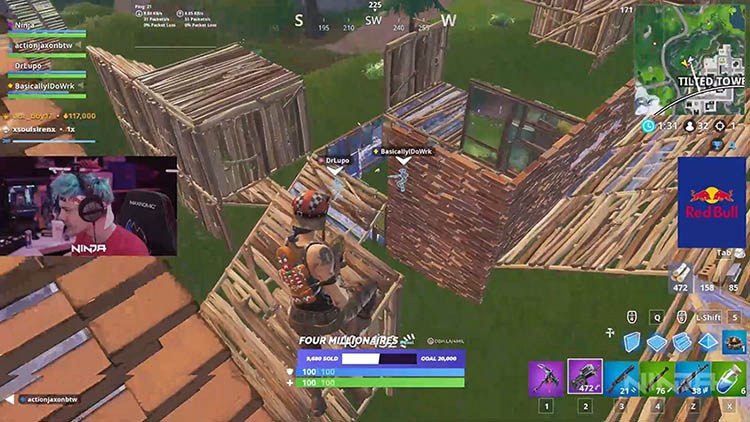 Ninja is no stranger to being stream sniped.
[ad name=”article2″]

Ninja feels that stream sniping is prevalent enough in all games that something should be done, especially in Fortnite Battle Royale. After seeing a familiar name pop up again, he shared his thoughts on the matter.

“These guys won’t ever get banned either unless we go out of our way to tell Epic,” he said. “That’s not how it should be.”

Stream sniping in battle royale games has been a problem since their inception, but the problem has worsened since viewers on Twitch started to flock to them.

“Do you guys feel like it should be up to us to get stream snipers banned,” Ninja asked Dr Lupo and TimTheTatman, to which they both answered with a no.

“I’m just going to come out and say it,” Ninja said. “I feel like Fortnite owes it to their content creators, their streamers, to try to protect them as we continue to broadcast the game to millions of people.”

Ninja compares streaming to a stand-up comedy show, something he has done before, where a heckler would be kicked out immediately but a stream sniper isn’t.

Dr Lupo mentions a comedian has a much smaller audience and it’s really easy to pinpoint a heckler where a stream sniper isn’t as cut and dry.

It’s hard to know if somebody is 100% stream sniping, something we’ve seen Ninja deal with in the past, which is likely why Epic Games and other developers require so much evidence to get somebody banned.

Ninja is far from the only one who complains about stream snipers as Tfue runs into them just as often, if not more.