Many consider Tyler ‘Ninja’ Blevins as the king of Twitch, but his crown is being challenged by fellow Fortnite streamer Turner ‘Tfue’ Tenney.

Ninja has been streaming on Twitch since it was known as Justin.tv, and was already a big name, but rose to new unprecedented levels of popularity with the release of Fortnite in late 2017.

Tfue similarly boomed with Fortnite, largely due to his reputation as one of the very best players in the game, winning successive ‘Friday Fortnite’ tournaments, and joining FaZe Clan.

Ninja peaked around March and April of 2018, where he even hit over 200,000 paying subscribers, but has since leveled out.

He remains the most followed channel, with over 11 million, but the rate at which he gains followers and viewers has declined, which is expected given the huge peak he had.

For Tfue however, he may have never hit the peak which Ninja did, but he is now gaining followers at a faster rate than Ninja. According to Twitch Metrics, Tfue has gained 142,707 followers this week, while Ninja gained just over 100,000. 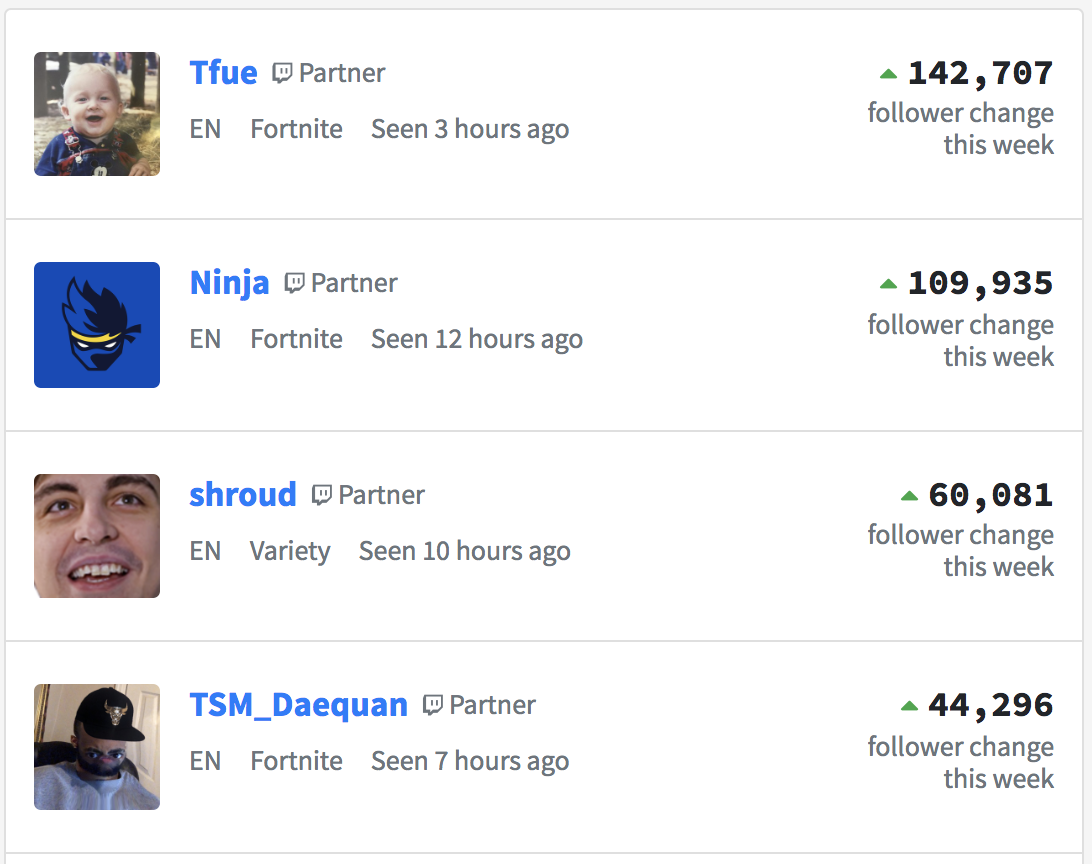 Despite this, it is unlikely Tfue will be overtaking Ninja in total followers any time soon, as his 2.9 million (7th most overall), is still a long way off Ninja’s 11.6 million.

But, Ninja’s massive follower advantage is not directly translating to viewers. Twitch Metrics has Ninja as the second most watched streamer over the past 7 days, beaten only by League of Legends creator Riot Games.

Tfue though, even with only a 3rd of the followers of Ninja, is not far behind in total hours watched. This statistic does however depend on the total amount of time streamed too of course. 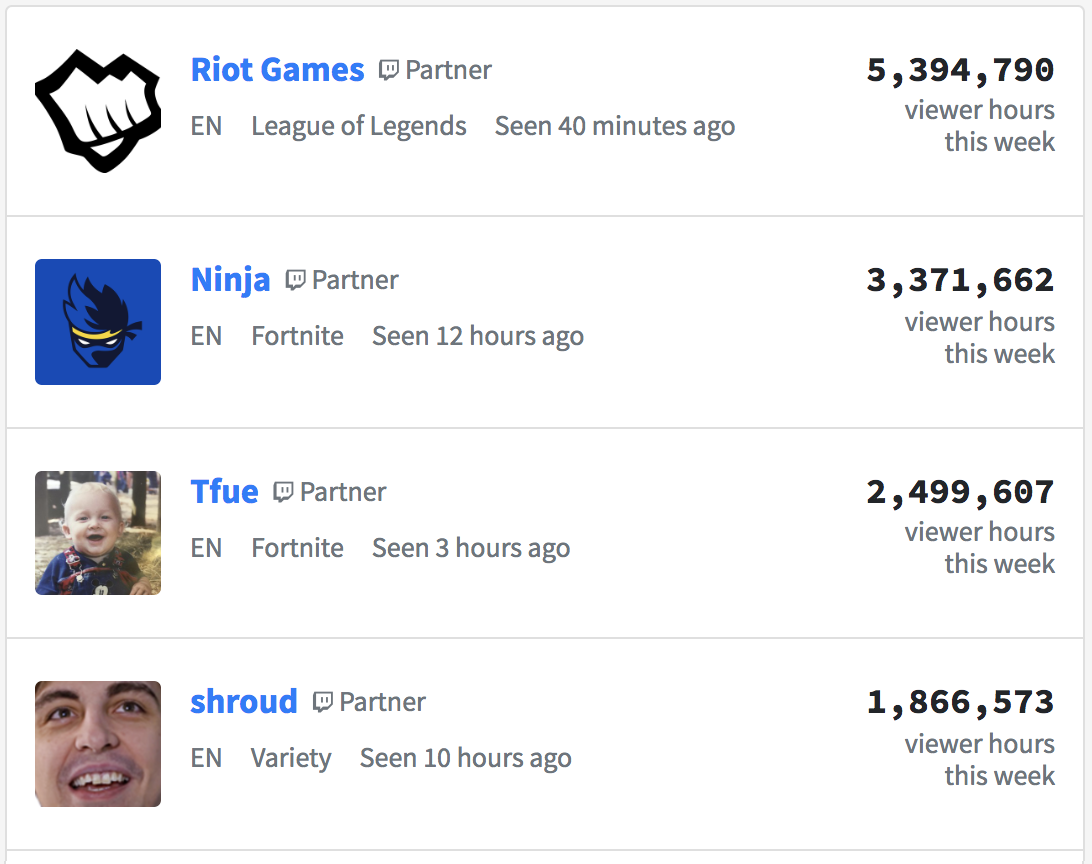 In terms of total follower count, no one will be catching Ninja anytime soon, as he is over 7 million ahead of 2nd placed shroud – who recently reclaimed the number 2 spot from TSM Myth.

But, Tfue is, for now, the fastest growing channel on Twitch in terms of followers gained, and could easily scale his way up the ranks if he can maintain this growth.